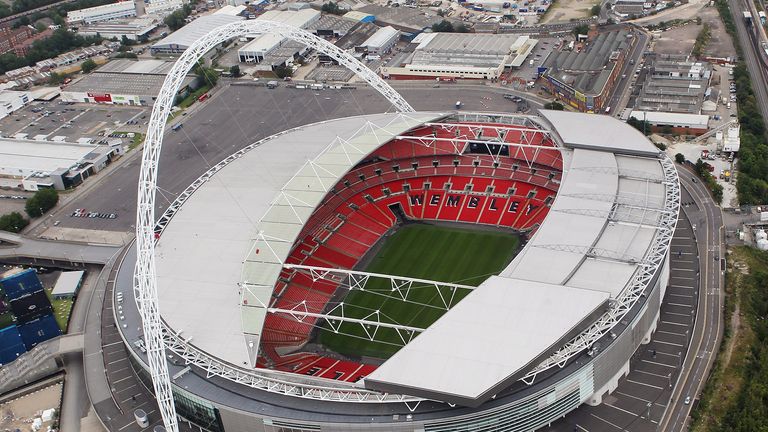 A new exchange that will allow investors to trade shares in individual real estate assets is pitching the idea of a £600m listing of Wembley Stadium, days after a decision to abandon a sale of the home of English football.

Sky News has learnt that IPSX Group, which aims to pioneer the concept of a pure-play property exchange, has contacted the Football Association’s (FA) advisers to propose a flotation of Wembley.

The approach has been made by Anthony Gahan, the investment banker who founded and chairs IPSX.

The exchange is expected to go live before the end of the year, and is in the process of gaining full authorisation from the City regulator. A listing of Wembley on the International Property Securities Exchange would allow the FA to monetise part of the value of Wembley while guaranteeing that it would retain a controlling stake in the stadium.

Such a move could still mean generating a substantial windfall to invest in grass-roots English football, which was the centrepiece of a proposal by the Jacksonville Jaguars NFL franchise and Fulham FC-owner Shahid Khan to buy Wembley for more than £600m.

The deal was called off last week shortly before a vote was due to take place involving members of the FA Council.

Mr Khan cited the “divisive” nature of his plan as the reason for walking away, amid entrenched opposition from a vocal number of those members. Greg Dyke, the former FA chairman, blamed “old men [who are] living in the past” for the failure of the deal, which saw Mr Khan’s advisers make a number of pledges including a guarantee that the FA could buy Wembley back for £100m if the stadium was downgraded by UEFA, European football’s governing body.

Speaking to Sky News, Mr Gahan said Wembley was not the only football stadium which featured on IPSX’s list of potential candidates for an initial public offering.

“Wembley’s unique circumstances would, however, seem to represent a huge win all round to deliver value with utmost flexibility for the FA to invest in grass-roots football, retain Wembley’s independence and offer an attractive investment opportunity, not least of which would include England fans,” he said. Since last week’s statement by Mr Khan, the FA has insisted that a sale of Wembley is off the agenda, although its board and advisers at Rothschild, the investment bank, would be expected to consider any credible future proposals.

IPSX Group has amassed a blue-chip list of board members and shareholders, the latter of which include British Land, the FTSE-100 property company.

The new exchange is designed to provide a new avenue of liquidity for the owners of commercial real estate assets by enabling them to list ‎exchange traded properties – companies which own single buildings.

Shares in these companies will then be traded in the same way as equities and other listed securities.

Confidence in the commercial property sector has remained robust since the vote to leave the European Union, notwithstanding a turbulent period within which a string of real estate funds provided by top City institutions suspended investor redemptions.

The Financial Conduct Authority has since proposed a number of rule changes to prevent similar episodes in future.

The IPSX believes that its model would provide a constant and transparent pricing mechanism for commercial property investors.

The new exchange is also expected to appeal to companies which are estimated to be sitting on roughly‎ £400bn-worth of owner-occupied commercial property across the UK.