Newcastle owner Mike Ashley won’t sack Steve Bruce because he’s loyal and passionate about the club, according to reports. The 60-year-old is in the spotlight after his side’s dreadful 3-0 defeat to Brighton on Saturday. But a parting of the ways, it seems, isn’t on the cards just yet.

Newcastle now sit just two points above the relegation zone after being crushed by Brighton on Saturday.

It was a dreadful afternoon for the Magpies, with goals from Leandro Brossard, Danny Welbgck and Neal Maupay consigning them to defeat.

In the aftermath of that result, many fans have called for Bruce to leave.

The former Sunderland boss was a contentious appointment in the first place and, with his side sinking fast, he faces a huge fight to turn the situation around. 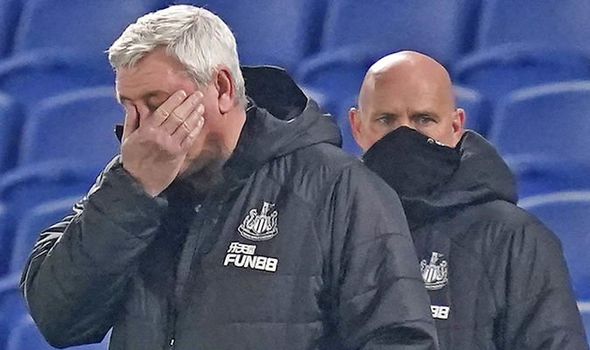 The first is that Bruce is loyal to Ashley and, therefore, the Newcastle owner is unwilling to axe the ex-Manchester United defender.

And the second is because Bruce is passionate about the club, something Ashley deems significant as they plan a way to avoid relegation.

Bruce insisted he wouldn’t quit his job at St James’ Park in the aftermath of the result at the Amex Stadium, saying: “I accept that wasn’t good enough tonight.

“It rests at my door. I accept that and will see what develops, but I won’t give up.”

He then added: “Well, I believe that, I’ve been around the block a long time. That experience, (I’ve been) trying to draw on it over the last few weeks in particular. 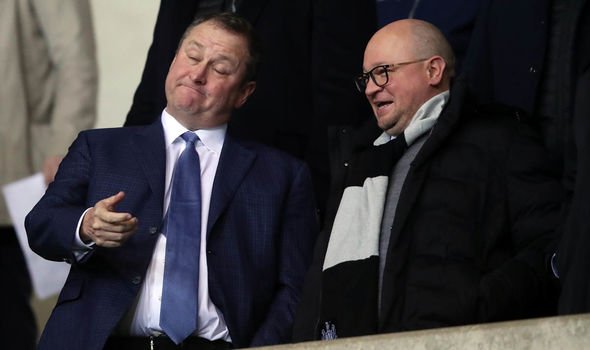 “So as I’ve said, I’m not the type to just walk away from a bad defeat, but you’re going to have to ask others.”

Newcastle supporter group ‘Toon For Change’ said after the Brighton result it was time for Bruce to go.

“This evening’s result has presented Mike Ashley and the club’s management with an opportunity to justifiably sack an underachieving coach captaining a sinking ship that is heading straight for the Championship,” their statement read.

“If history has taught Ashley one thing, it’s that acting too late in these circumstances results in one thing, relegation.

“We implore the club to remove Bruce as coach immediately and appoint an ambitious manager ahead of the international break, who has the capability of keeping Newcastle United in the Premier League. 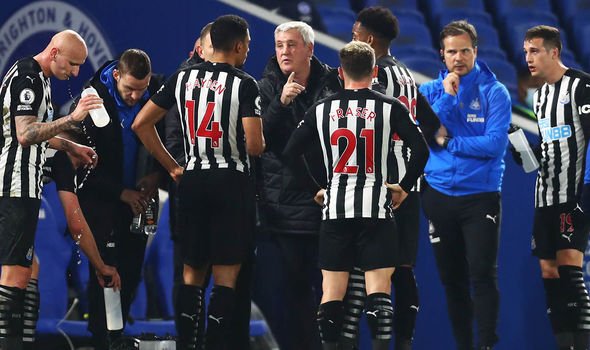 “There is still hope for the club this season, but we’re running out of time. We need a decisive, brave decision – and we need it tonight.”

Former Newcastle boss Graeme Souness, meanwhile, is worried they won’t win another game before now and the end of the season.

“Newcastle right now, every game is a big game for them, they don’t have any easy games left, the way they’re playing and the appetite they’re showing,” he told Sky Sports.

“It’s worrying for them, and Steve Bruce knows that.

“You can lose one way, and you can lose by not having a go, and I think tonight, Bruce alluded to it, they went down without a fight, for me. 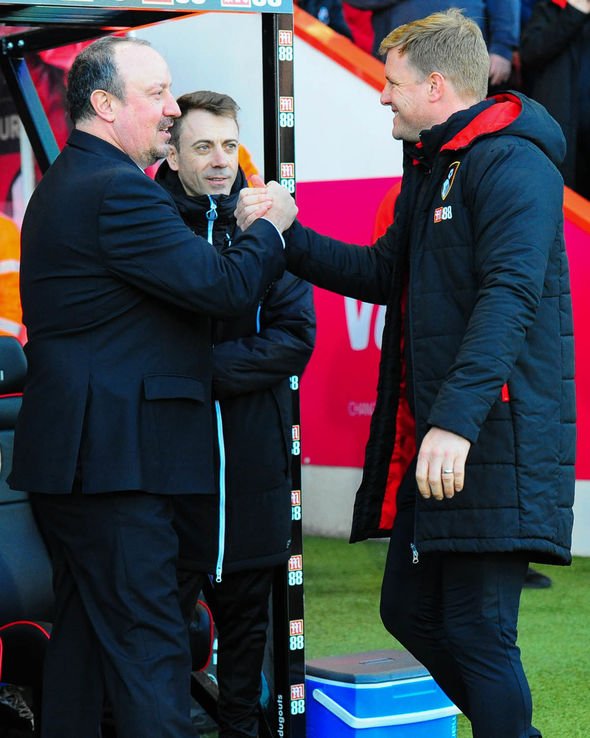 “The buck stops with the manager, guaranteed. I hate talking about managers losing their job, but I think under this owner they have, someone who is looking to sell the club, it is paramount that they stay in the Premier League.

“He won’t be looking at individuals, he won’t have any sympathy for individuals right now, he’ll be looking at his asset, what it is worth in the Premier League, and how attractive that is to potential buyers, compared to being in the Championship.

“I look at that group of players, and I wouldn’t be confident about them winning another game, if that’s their attitude tonight.

“They were going through the motions.”