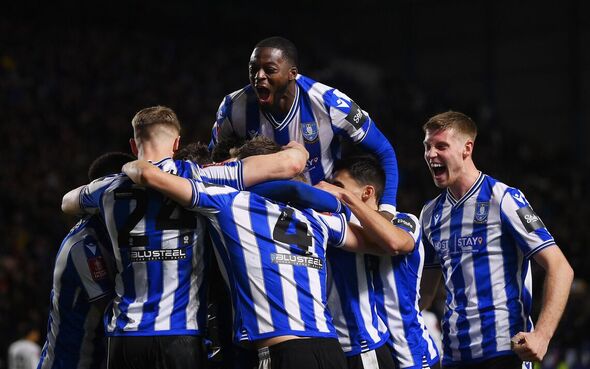 Newcastle United have been knocked out of the FA Cup by League One side Sheffield Wednesday after falling to a 2-1 defeat to the Owls. A double from Josh Windass secureid a famous win for the South Yorkshire side with Bruno Guimaraes tap in not enough to alter the outcome of the match.

The result comes as a huge shock given Newcastle’s tremendous form in the Premier League this season. It was only the north-east side’s second loss of the season after coming into the encounter as huge favourites.

Wednesday have enjoyed a good season themselves, sitting second in League One as they seek a return to the Championship but were not expected to cause many problems for Eddie Howe’s side given the distance between the teams.

The Magpies dominated possession for much of the encounter but could not make it count amid an inspiring display from the home team. The Owls were a constant threat on the counter-attack, with Windass in particular a real thorn in the Newcastle backline.

The result was not without controversy however with Windass appearing to be offside before scoring the opener but the situation arguably levelled out with Guimaraes in an offside position before netting the away team’s sole goal of the game.

Newcastle wasted good opportunities throughout the match with Owls goalkeeper Cameron Dawson making good saves from Alexander Isak in the first-half. The best chance to equalise fell to the Swede’s replacement Chris Wood but the striker blazed over despite having the goal at his mercy.

Toon fans may point to Howe’s team selection as the moment it all went wrong with the 45-year-old making eight changes to the side who ground out an excellent 0-0 draw against Arsenal at the Emirates in mid-week.

Newcastle are no strangers to a cup shock after being knocked out of the competition by Cambridge United at St James Park last year. The club have also been knocked out by Stevenage and Hereford in the past in games they were widely expected to win.

Howe’s focus will now switch to the League Cup with the Magpies in action against Leicester on Tuesday as they seek their first domestic silverware since 1955. In the meantime, the focus and praise will rightly be on Wednesday following their well-deserved win.