Newcastle United have hired an external recruitment firm to help in their search for a director of football.

London-based sports experts Nolan Partners are leading the process, which could take at least two months and is seen as integral to the future direction of the Saudi-owned club.

In the meantime, we understand Amanda Staveley and the board will appoint a short-term football recruitment advisor. 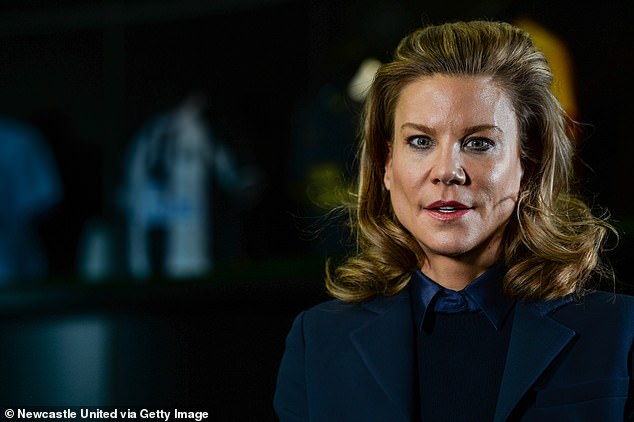 The role will not have the same significance as the director of football position and is seen as a temporary measure to aid with January transfer dealings.

Current head of recruitment Steve Nickson has been co-ordinating that search and there was a meeting last week where names were discussed.

We understand head coach Eddie Howe has presented targets that include his former Bournemouth defender Lloyd Kelly, who he signed for £13million from Bristol City in 2019. The 23-year-old has also attracted interest from Liverpool.

Borussia Monchengladbach and Germany centre-back Matthias Ginter – out of contract in the summer – has been mentioned, while Joe Rodon of Spurs is another defensive option. It is thought a move for Lille’s Sven Botman, while ambitious, would be difficult considering the likely competition. Arsenal midfielder Mohamed Elneny has also been discussed. 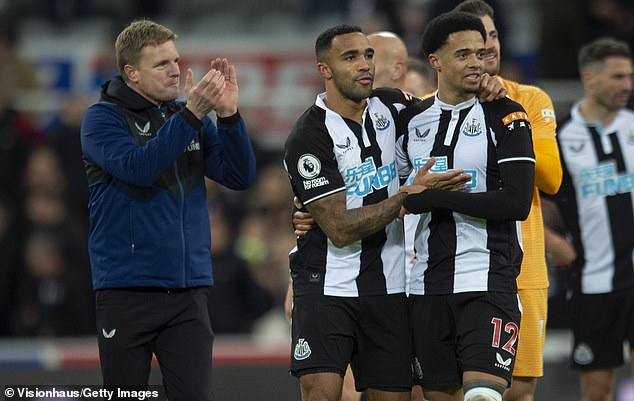 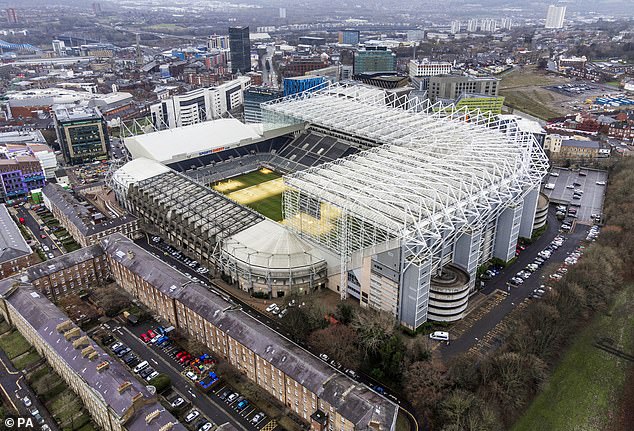 Sportsmail reported last month how Newcastle’s transfer plans were being affected by their league position, given the caution of players and their intermediaries amid the threat of relegation.

Staveley has been hands-on in her involvement and the hiring of Nolan Partners – who have worked with the FA and Premier League – will lighten her load, although the co-owner will still lead the search for a new chief executive.

Former Chelsea technical director Michael Emenalo had been in discussions about an advisory role, but attention has now switched elsewhere for the short-term appointment.

Nick Hammond, former head of football operations at Celtic, has also been spoken to, while ex-Swansea recruitment chief Andy Scott has been mentioned by others, although sources said on Tuesday night said that no decision has been made and the process is ongoing.

Frank McParland, the former Liverpool academy boss, has previously been used as a sounding board by some connected to the consortium.