Newcastle legend Alan Shearer has revealed text messages with Callum Wilson who joined the club from Bournemouth in a deal worth around £20million. The striker hit the ground running by scoring the winner against West Ham in the Premier League on Saturday.

Newcastle ran out 2-0 winners thanks to goals from two new arrivals in Wilson and Jeff Hendrick.

Shearer opened up on the conversation he had with Wilson before he made his move to the north east.

He said on BBC Radio 5 Live: “He text asking about the football club. He had more or less made his mind up.

“I just gave my opinion on what the club was like and all I said to him was about the fans – if you give your all they will love you. 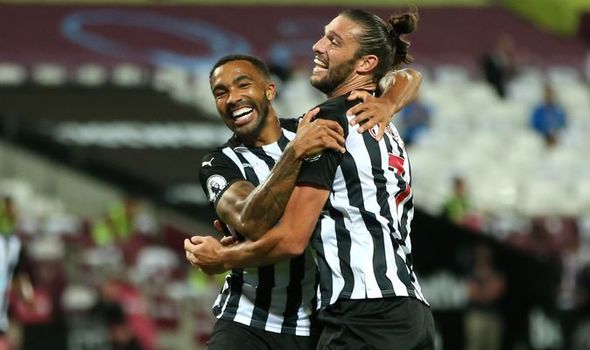 Shearer believes Newcastle have had a good week and have a proven goalscorer in Wilson among their ranks now.

He added: “I think it has been a positive week for Newcastle.

“They’ve had to work very hard to get the signings in and I think the fans are delighted with those signings.

“It was blatantly obvious they needed a goalscorer.

“They now have a proven Premier League goalscorer in for relatively cheap and who guarantess you goals.”

Steve Bruce’s side were efficient and impressive in causing problems for the Hammers throughout the 90 minutes.

It was the perfect start to the campaign for the Magpies but for West Ham it is the fourth season in a row they have lost their opening match without scoring a goal.

Newcastle will be delighted two new faces scored and will look to push on this season with Mike Ashley investing in what look like shrewd signings.

On his debut Wilson said: “I seemed to get off to a good start on my debut and it was a great team performance. We were solid at the back and that gave us the platform. 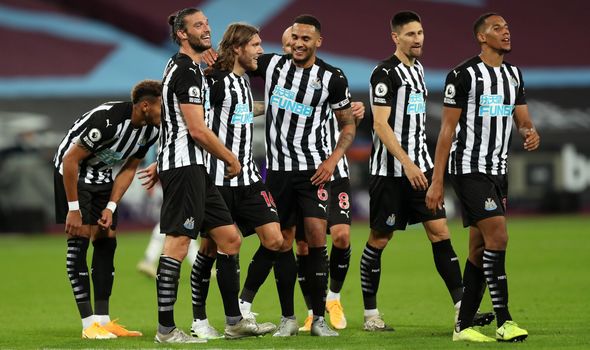 “I am quite a confident person anyway and my job is to score goals. I feel this is a great squad with great potential and I am trying to be the definitive piece in the puzzle, putting the ball in the net.

“I like this place, I like playing against West Ham. It is not a disrespectful thing but I keep scoring against them. It is about being consistent and building on this performance for the next game.

“We were well organised, the shape and the way we set up gave us that platform. The reason I joined here was great players in the squad and I could have had a hat-trick. As long as they keep coming, I’m happy.

“It is disappointing that my debut goal wasn’t in front of the fans who would have travelled down.”