It wasn’t quite as exciting for the keyboard warriors as a sighting of Kylian Mbappe’s private jet landing at Newcastle Airport or Erling Haaland strolling by the River Tyne.

Not only will their own attack be bolstered by acquiring a pretty reliable 12-goal-a-season Premier League striker but a relegation rival has been seriously weakened, and perhaps fatally so. 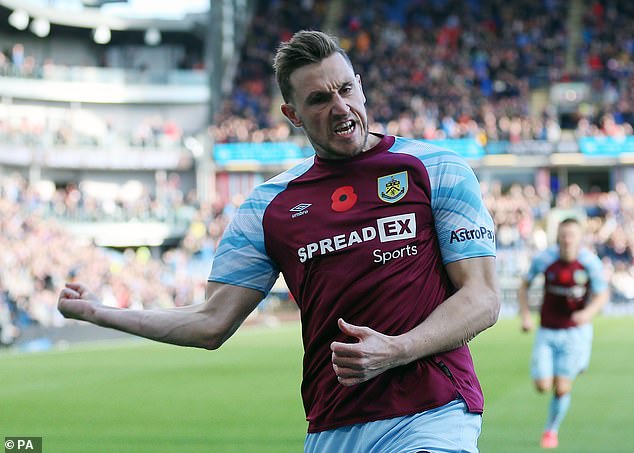 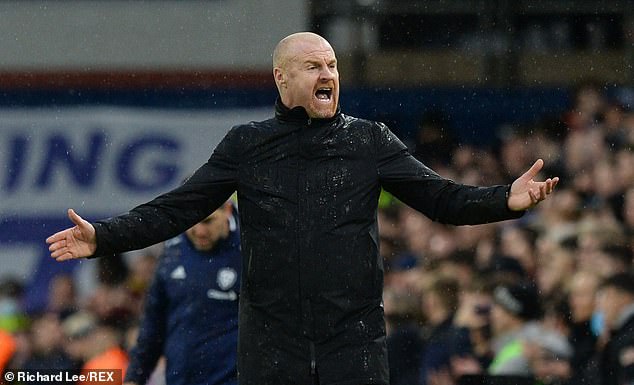 The Kiwi scored 12 of Burnley’s 33 league goals last season – the next highest had only three – and ensured a club with one of the division’s most modest budgets once again survived.

It comes as little surprise, therefore, to hear that Clarets manager Sean Dyche was livid after learning that Newcastle had triggered Wood’s release clause.

Though Wood has only scored three times so far this season, you only have to glance at the lower reaches of the table to realise the significance.

Burnley and Newcastle occupy 18th and 19th places respectively, tied on 11 points. Dyche’s team have two games in hand on Eddie Howe’s because of Covid postponements but Wood moving clubs probably negates all that.

The Lancashire side have mustered only 16 league goals all season – only Norwich and Wolves have scored fewer – and unless they reinvest that money wisely and immediately on a similarly reliable forward, their relegation odds have just shortened significantly. 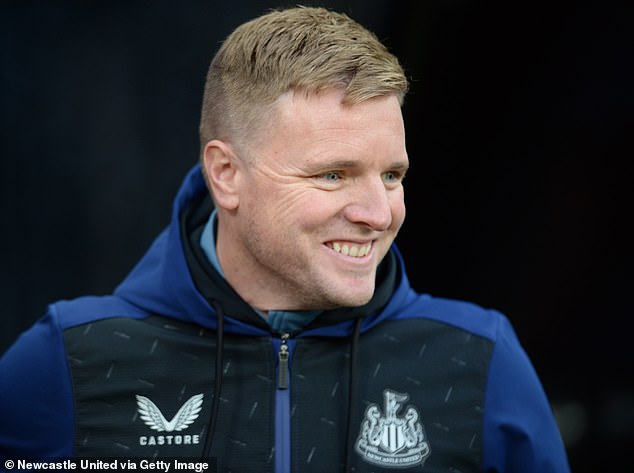 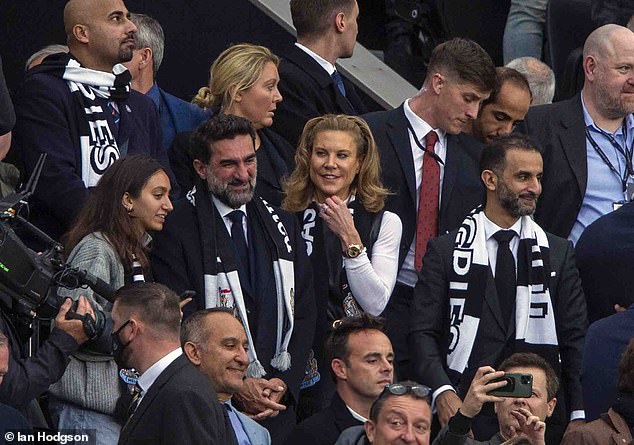 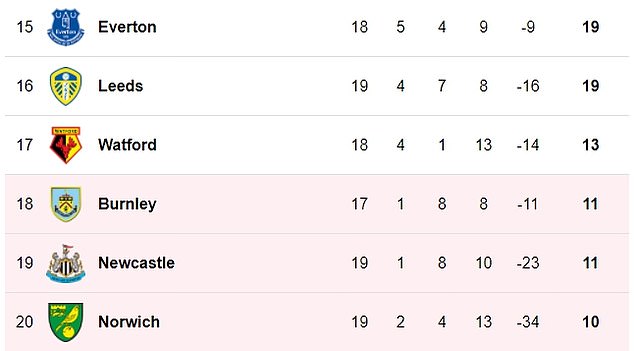 But it goes a long way beyond all that. It’s a clear signal to not only Newcastle’s relegation rivals but ultimately everyone else in the Premier League that the wealth of their new Saudi owners means they can and will come for your best players in the years ahead.

A release clause some way above a player’s true value? No problem. Ultimately it’s all small change to the richest backers in world football, with a collective wealth of £320billion.

Newcastle may be having a stinking season, something Howe is desperately trying to turn around, but there’s still a chilling psychological effect about their bulging financial muscle.

Speculation was always going to be rife ahead of Newcastle’s first transfer window under new ownership but they have been linked with players at clubs in and around them in the table and that will have an impact.

Norwich’s Todd Cantwell was one and let’s not forget the Canaries are merely one place and one point beneath Newcastle despite being abject all season.

Everton left back Lucas Digne was another, though he looks bound now for Aston Villa. The Toffees are 15th and only eight points above the bottom three with half the season left to play. 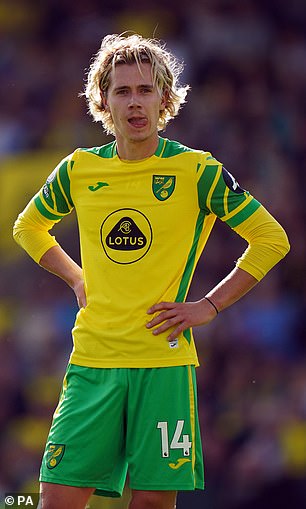 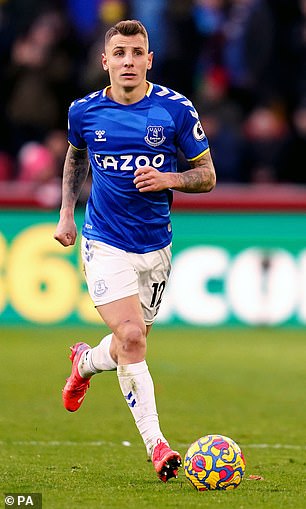 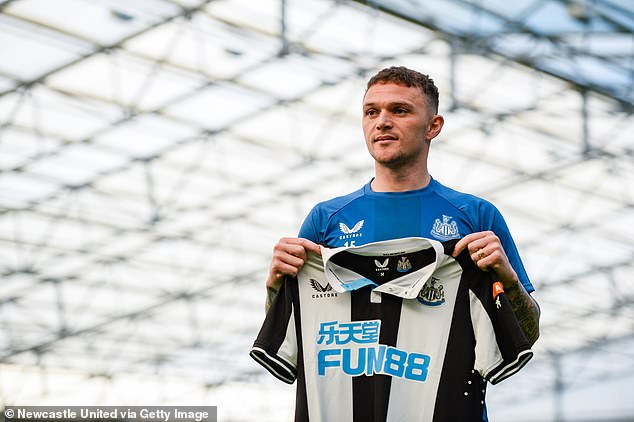 They wouldn’t wish to sell to Newcastle given the choice, knowing the Tyneside club will be significantly strengthened by the end of the month ready for a climb towards safety.

Nor would Burnley have sold them their main striker but for a release clause they never expected anyone to pay.

But Newcastle can certainly buy their way up the table. Burnley today, perhaps Manchester United, Tottenham and Chelsea in the years ahead when they finally get their act together.

If the unthinkable happens and they do suffer relegation, what’s to stop them buying up the cream of the Championship talent to guarantee an immediate return?

There are some echoes here of Manchester City’s policy following the buy-out by Sheikh Mansour and Abu Dhabi United in 2008. 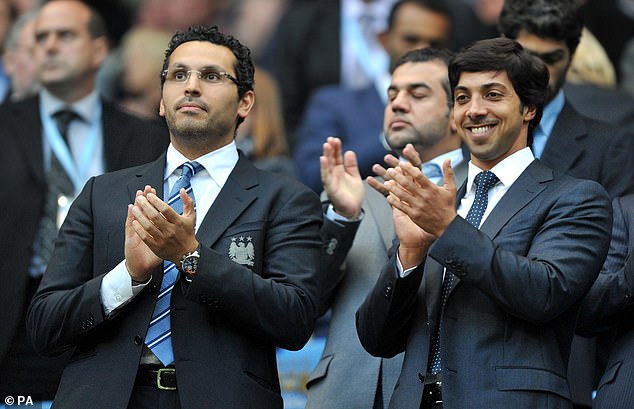 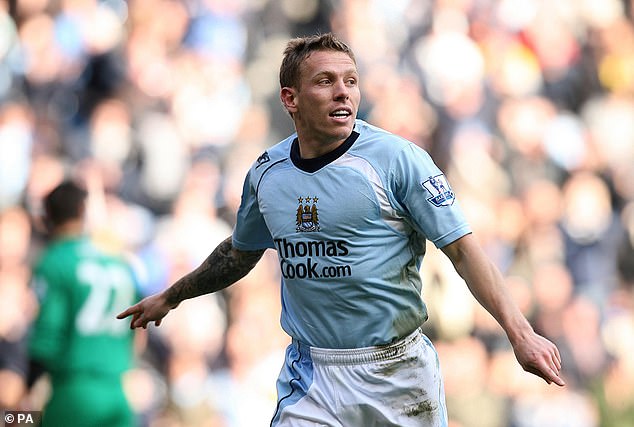 City’s new owners admittedly started from a higher base – they finished 9th in 2007-08 – than the present day Newcastle but that enabled them to raid fellow top-flight sides for household names.

The January window in that first Abu Dhabi season saw City buy Craig Bellamy from West Ham for £14m, Wayne Bridge from Chelsea for £10m and goalkeeper Shay Given from Newcastle for £5.9m.

The following summer saw Emmanuel Adebayor and Kolo Toure signed from Arsenal, who were going to be a top four rival, plus £22m Joleon Lescott from Everton and Gareth Barry from Aston Villa.

Most strikingly, they acquired Carlos Tevez, who had just left cross-town rivals United and famously goaded them with that ‘Welcome to Manchester’ billboard.

Thereafter, we began to see City look abroad for star names more and more often but the initial policy for the Abu Dhabi owners while establishing themselves was to plunder direct rivals for some of their best talent. 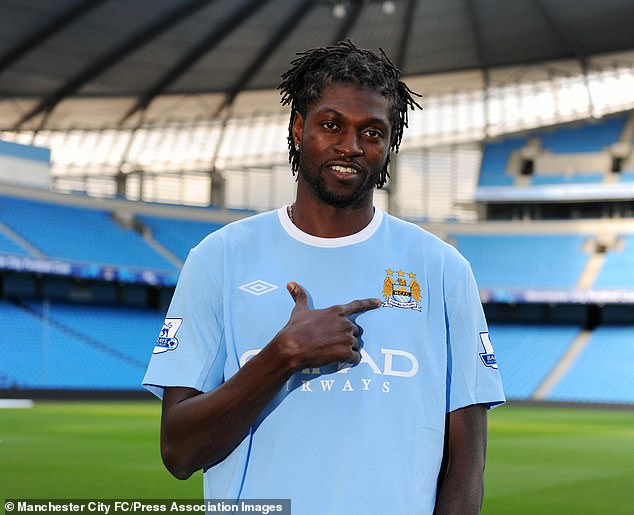 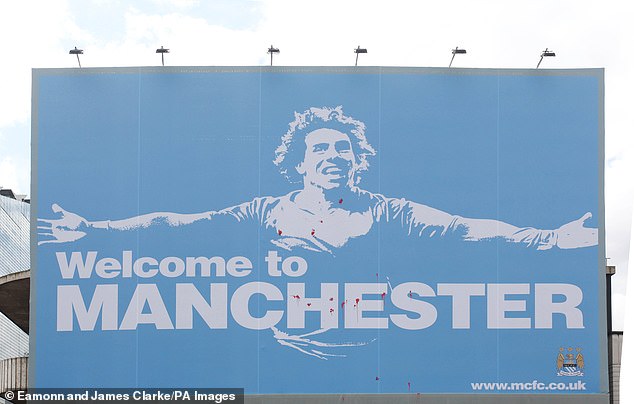 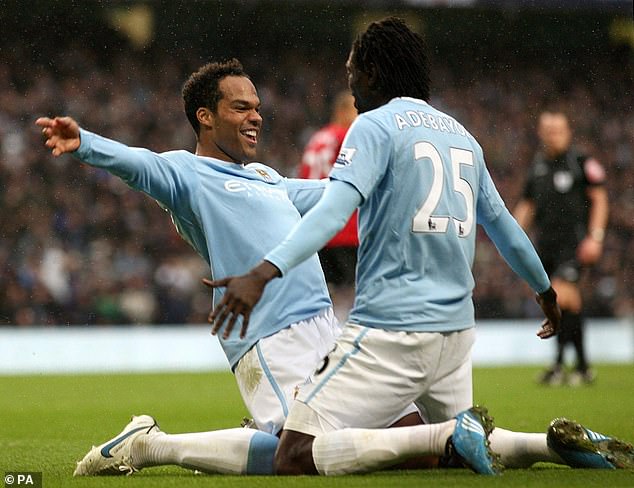 Joleon Lescott (left) signed for City from Everton in the summer of 2009, another example of the Etihad Stadium club raiding their Premier League rivals after their takeover

It really is the best way to announce yourself, frighten your competitors and lift yourself up the table.

Those early City days under Mark Hughes seem a world removed from the stylish football and relentless success of Pep Guardiola’s brilliant team now but those early buys created the springboard for their current domination.

Even if Newcastle don’t exactly replicate such a policy beyond the arrival of Wood, it’s nonetheless unsettling for everyone else to live with the fear that their best players could be poached by the big spenders.

And they’re only just getting started.