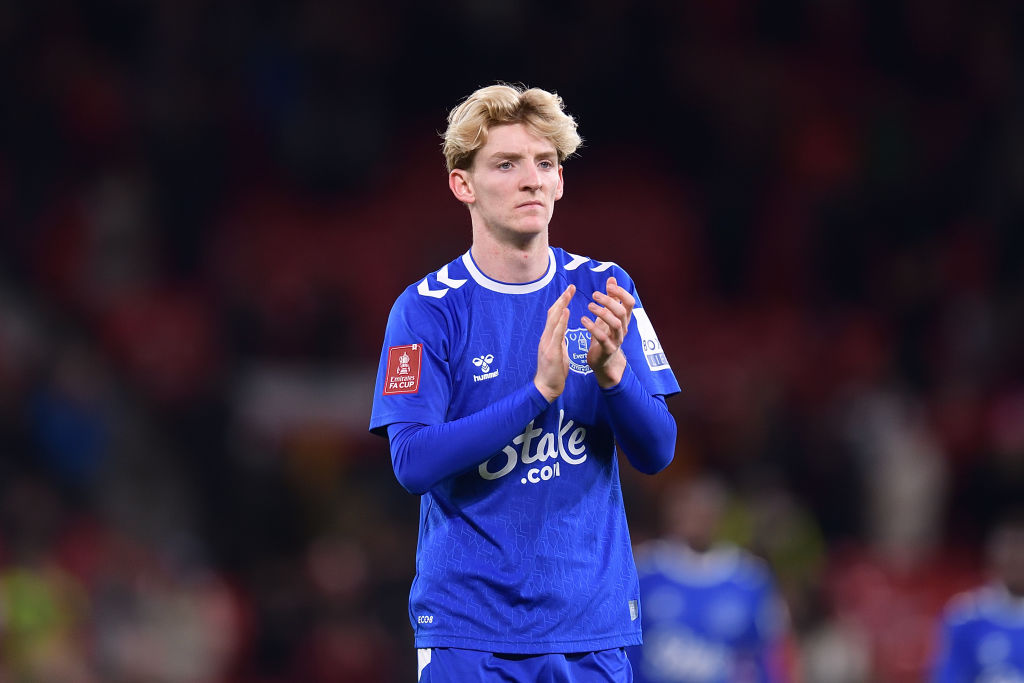 Newcastle United hope to finalise a deal for Everton star Anthony Gordon in the ‘next few days’ and are confident they have seen off competition from Chelsea for the attacker.

The Magpies failed with a £35m move for Gordon last summer, while Chelsea had even higher bids turned down by the Toffees.

However, Everton are in a precarious situation following their sacking of Frank Lampard and with the club so close to breaking Financial Fair Play rules, they will reluctantly offload Gordon to give their new manager a working budget.

Newcastle allowed Chris Wood to join Nottingham Forest last week and Eddie Howe has made it clear that he wants to sign a replacement.

Though Everton are seeking around £50m for Gordon, the Telegraph claim Newcastle are confident of concluding a deal this week.

It is even hoped that the Magpies could make an announcement following their Carabao Cup semi-final first leg against Southampton tonight.

Everton are struggling to convince Marcelo Bielsa to join the club but a budget for the final week of the window could help persuade him to move to Merseyside.

Gordon, for his part, is keen on leaving Goodison Park and he wanted to join Chelsea last summer.

The 21-year-old has made 18 appearances this season, scoring three times.