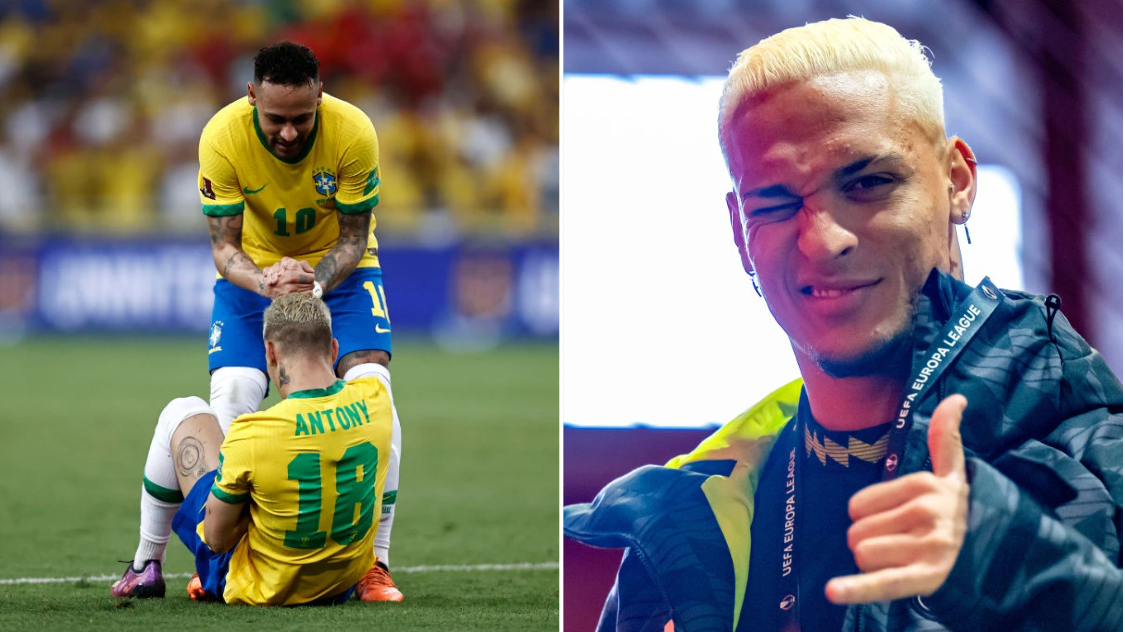 Paris Saint-Germain and Brazil star Neymar has become the latest player to defend Antony after the Manchester United winger was criticised for showboating against FC Sheriff in the Europa League.

The 22-year-old performed his trademark 360 degree drag-back spin move – twice – while the scores were still tied at 0-0, which prompted a backlash from pundits such as Paul Scholes and Robbie Savage.

United needed to win the match to keep their hopes of topping their group – and avoiding a play-off match against a Champions League drop-out – alive, but Antony followed up his trick by over-hitting a pass straight out of play.

‘Well that for me is ridiculous. Because he’s done that and then he puts the ball out of play. Quite embarrassing actually, doing that with nobody near him,’ said Savage during his BT Sport commentary.

United legend Scholes echoed those sentiments, branding Antony’s showboating as ‘ridiculous’ and even calling him a ‘clown’.

Manager Erik ten Hag refused to condemn Antony after the match – which United ultimately won 3-0 – while he dismissed suggestions the winger had been withdrawn at half-time as a result of his unnecessary skill move.

‘I think it starts with us being Brazilians. Brazilians have quality in their blood. It’s always been that way since Pele, to have quality, to dribble, to score, to dance, to smile.

‘So I think people have to understand this aspect that we have. So it wasn’t offensive to anyone what he did.

‘Of course, if it’s offensive, we’ll come to him in the dressing room and talk. But it was not offensive to anyone. It’s his game. I think he has to keep doing it.’