Nigel de Jong claims Louis van Gaal doesn’t get the respect he deserves, with critics viewing him as ‘arrogant’ and a hard-lined general as Holland boss.

The ex-Dutch midfielder knows first hand what it is like to work under the 71-year-old, having spent time together in 2014.

And with Van Gaal looking to bow out of international management on a high with the World Cup in Qatar, De Jong has come to his defence as ‘one of the most decorated coaches in Dutch history’. 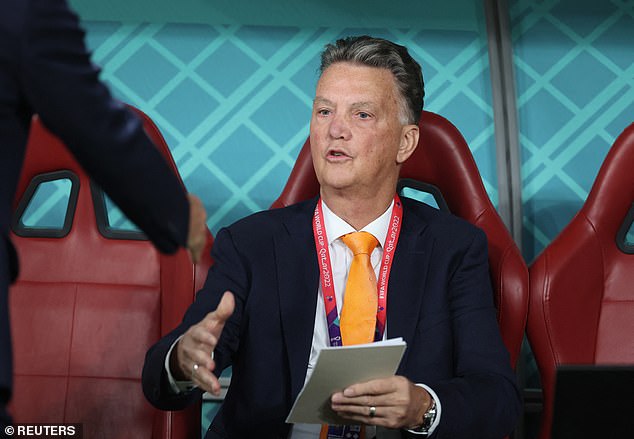 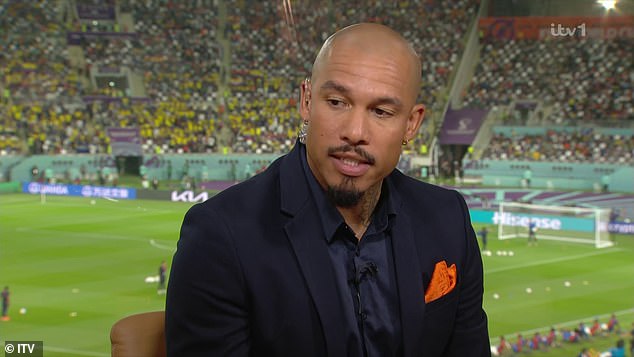 In his role as a pundit on ITV, De Jong came to the defence of his former Holland manager

‘A lot of people think about him as a general, really hard on the outside, sometimes a little arrogant and thinking that he knows everything about world football,’ De Jong said in his role as a pundit for ITV.

‘He’s got such a soft inside, he’s such a sociable character and he understands all types of characters in the team, and that is what is so good about him.

‘He can really mold a team like we see right now, without really having the superstars. Making them understand that togetherness will give you success on the pitch, that is what he does, that social and human aspect is what I love about him.’

Holland won their opening match and made a strong start to their second game, with PSV Eindhoven star Cody Gakpo firing them into an early 1-0 lead.

Mood around Holland’s camp has been relaxed since beating Senegal, with a viral clip on social media of Van Gaal giving a young Senegalese reporter a hug after a press conference the talk of the media centre. 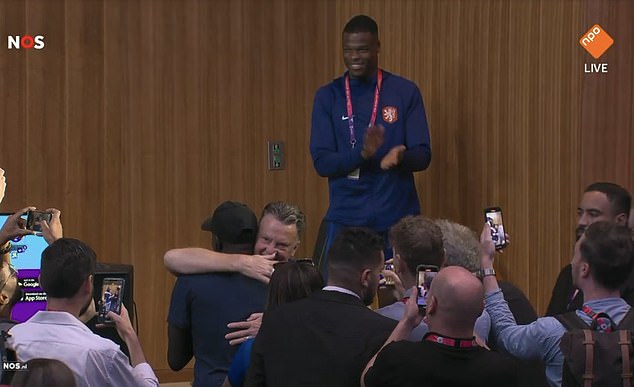 But De Jong is a straight talker and did accept that Van Gaal is ‘hard’ and demanding, something he believes is a ‘fantastic quality’ for a manager.

‘He was hard, I’m not going to sit here and tell you that he wasn’t a general at times,’ De Jong continued.

‘He was straight-forward. That was a fantastic quality, but I think that is a reason why he has been so successful, he’s one of the most decorated coaches in Dutch history, people tend to forget that.

‘You don’t have that success in getting where you are just being a teacher or a regular manager, he’s really a man’s manager, he understands the different characters in his team and that’s why he has been so successful. 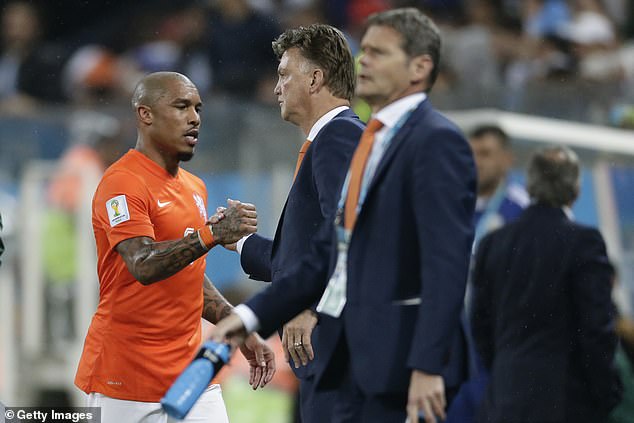 ‘Now at 71, he’s had prostate cancer, he overcame that and he’s now a little bit more laid back and mellow, knowing that this might be his last big job in international football. You can see him enjoying and more released.’

Van Gaal is looking to go one better than the third-placed finish he achieved with Holland at the 2014 World Cup in Brazil.

Ronald Koeman will replace Van Gaal after the World Cup in Qatar, becoming the manager of Holland for a second time.