Match report as Steven Davis earns his record-breaking 126th cap for Northern Ireland but Bulgaria frustrate hosts at Windsor Park; Ian Baraclough without a win in 11 games since taking charge 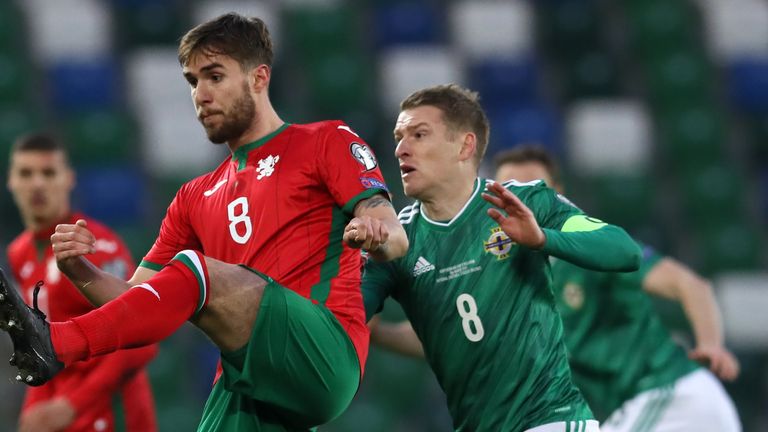 Ian Baraclough is still searching for his first win as Northern Ireland manager after a disappointing 0-0 draw at home to Bulgaria in World Cup qualifying at Windsor Park on the night Steven Davis earned his record-breaking 126th cap for his country.

The Belfast encounter had been described as ‘must win’ but the hosts could so easily have lost were it not for the heroics of Bailey Peacock-Farrell in stoppage time as he kept out Dimitar Iliev’s point-blank header.

Northern Ireland came closest to breaking the deadlock in the first half when Stuart Dallas’ header struck the crossbar while Daniel Naumov kept out Gavin Whyte’s volley in the second period.

Northern Ireland take on Turkey in a friendly on Monday May 31 before facing Ukraine in another non-competitive fixture on June 3. Their next World Cup European Qualifier is away to Lithuania on September 2 at 7.45pm.

Bulgaria’s next World Cup European Qualifier is away to Italy on the same evening.