Norwich City report one of their own fans to the police over alleged racist abuse of Crystal Palace players during defeat at Selhurst Park, with club also looking into online comments directed at their own players

A fan is the subject of an investigation by Norwich after alleged racist comments were directed at Crystal Palace players during Tuesday’s 3-0 defeat at Selhurst Park.

The club have also reported online racist abuse aimed at some of their own players to Norfolk Police and have pledged to impose ‘the strongest possible sanctions against perpetrators of this behaviour’. 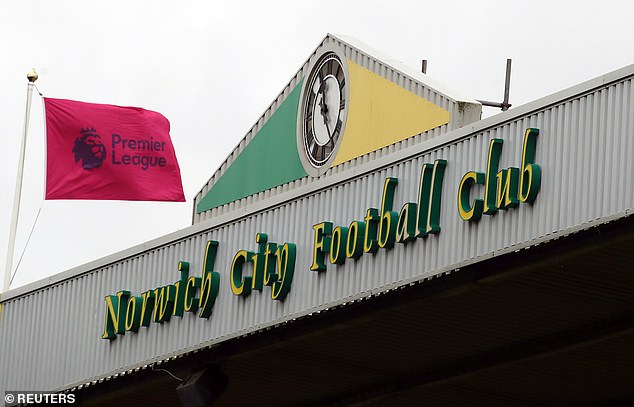 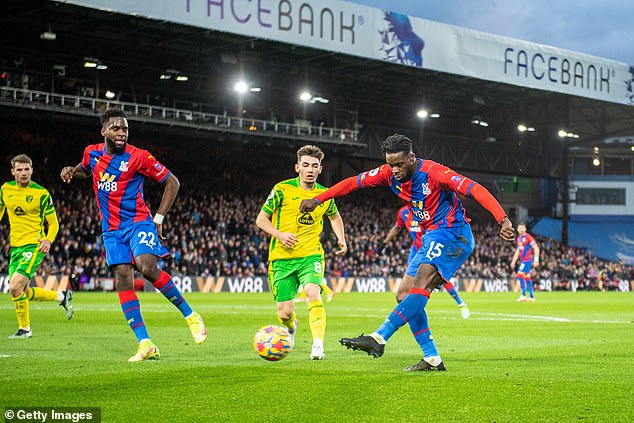 ‘Such behaviour is not welcome in following and supporting Norwich City.

‘The club will continue to support those players affected, whilst demanding action from social media companies to ensure that users are held accountable for their unacceptable behaviour.

‘The club have also reported the incident to Norfolk Police.

‘An individual has also been identified and an investigation is ongoing following the alleged racist comments directed at Crystal Palace’s players. 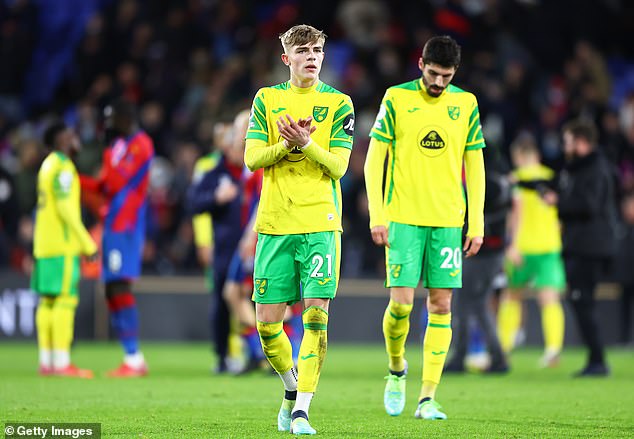 ‘No player, whether our player or an opposition player, should be subject to this type of abuse.

‘All at Norwich City will continue to do everything we can to eradicate all forms of unlawful discrimination from the game.

‘Where identified, the club will support and impose the strongest possible sanctions against perpetrators of this behaviour.’