Chaotic scenes as Wolves have late winner ruled out by VAR at Anfield, with ‘NO camera angle’ to overturn offside decision, sparking mass confusion… but linesman made CORRECT decision

Chaos erupted as the Wolves defender back heeled the ball into the net following a scramble inside the penalty area and looked to have scored a late winner. But the match officials ruled his goal out for an offside in the build up, with Matheus Nunes playing himself offside following a corner.

Mike Dean, who was the VAR referee for the game, was called into action, but could not find any clear and obvious reason to overturn the decision on field, with there being ‘no definitive camera angle’ to check the offside, and according to advice from PGMOL, the officials were correct to not overturn the decision. 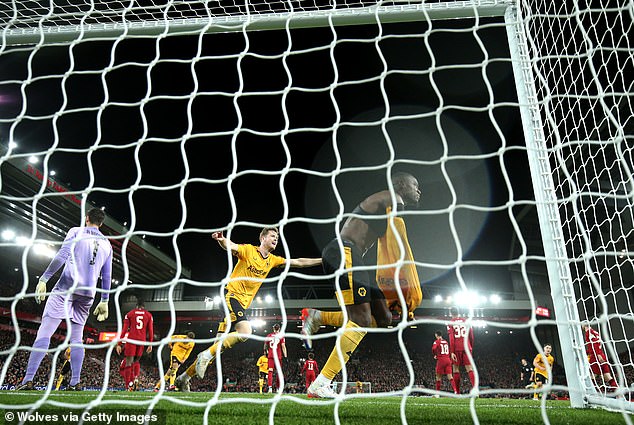 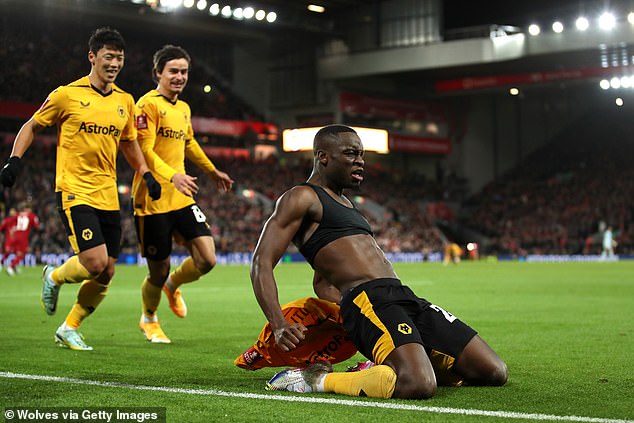 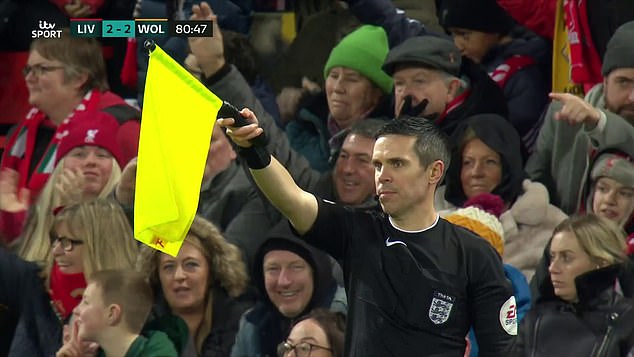 PGMOL guidance states: ‘The key element here is that the assistant referee on the field, who was able to look all the way across (unlike the TV cameras) had the player [Matheus Nunes] (who was coming back after taking the corner) in an offside position when the ball was played back to him.

‘That was the on-field call – offside. There was no evidence for VAR to say that the assistant referee was wrong.’

After taking a corner in the build up to the goal, Nunes had retreated back to retrieve the ball, thus playing himself offside before he swept in the resulting cross that lead to Toti’s disallowed goal. 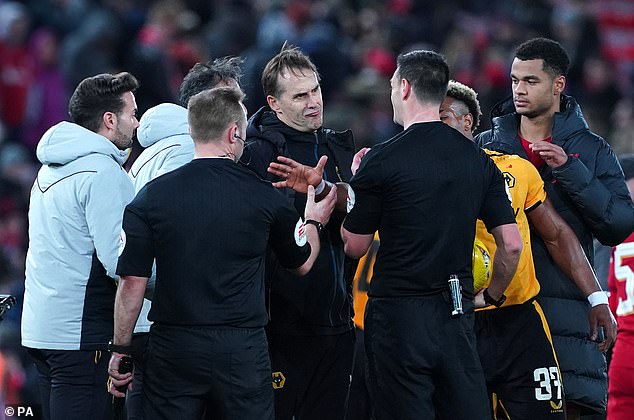 While the officials had made the correct decision, fans were left confused both at home and in the stadium as to why VAR came to its final outcome.

Wolves manager Julen Lopetegui, who was animated on the sideline after the goal was initially ruled as offside, was still incensed as to why there was no explanation from the officials and why Mohamed Salah’s goal was also not ruled offside. 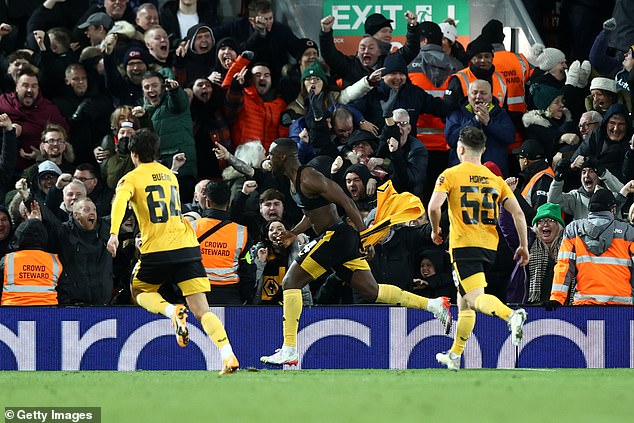 ‘To talk about the two goals, the offside that they had,’ the Wolves boss said at full-time.

‘The second goal for Liverpool is the same. The rule in Europe, in my opinion we have to talk a lot with referees about this kind of situation.

‘It’s a pity because we deserved to win today. We have to have a recovery for a very hard match against Nottingham Forest.’ 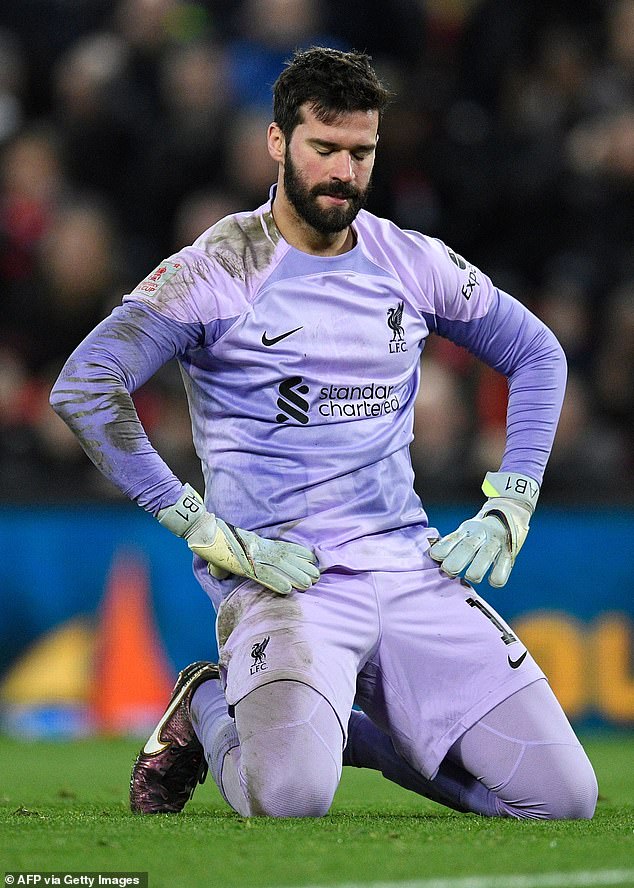 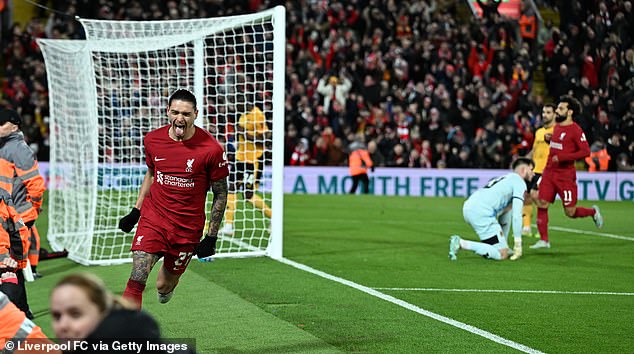 Meanwhile, Jurgen Klopp was dismissive of claims that the goal should have stood, saying: ‘I’m not sure about their third goal.

‘We have one picture where it may look offside, but I can understand why they are angry about it. We don’t want the VAR to just have one angle.’

Even Emile Heskey and Eniola Aluko in the pundits box were critical of the decision making process that lead to the goal being disallowed.

‘We’re sat in the studio trying to figure it out ourselves and we’re getting it 10 minutes after.’ Heskey said.

‘In the crowd, they’re thinking as well. Even on the bench, they’re saying ‘No, no no’. From what they’ve seen, it’s a good goal.’

Aluko concurred: ‘Whatever the decision, these are all state of the art stadiums with screens everywhere. Just show it on the screen. Just put on the screen why the decision was made and it eliminates all the questions.’