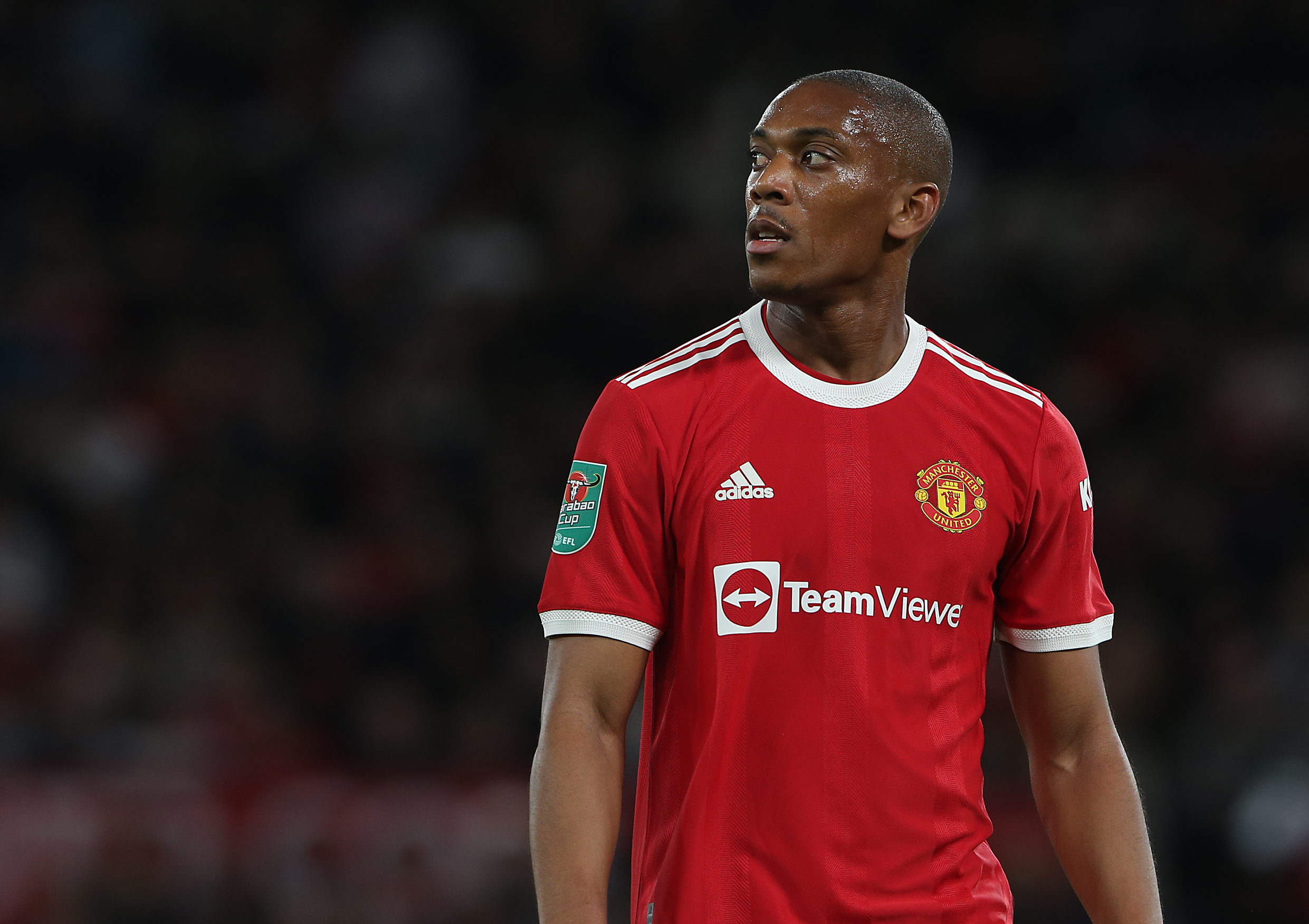 Ole Gunnar Solskjaer says Anthony Martial lacked a ‘cutting edge’ against West Ham but suggested the Frenchman will remain part of his plans as the season progresses.

United crashed out of the Carabao Cup at the third round stage following a 1-0 defeat to the Hammers at Old Trafford on Wednesday.

With Cristiano Ronaldo rested and Edinson Cavani still working towards full fitness, Martial was trusted to lead the line with Mason Greenwood introduced off the bench later on.

United had 27 attempts on goal but could not draw level with Martial struggling on what was just his second starting appearance of the season.

The France international has scored just twice in 2021 – both goals coming in the 9-0 thrashing of Southampton in February.

When quizzed on Martial’s disappointing performance, Solskjaer refused to single out any player but said the forward ‘will get his chances’ if he keeps working.

‘I don’t think it is right to go into individual performances,’ Solskjaer told a press conference.

‘Anto was the same as the rest of the team. We played some nice football but lacked the cutting edge and he knows what we want from him.

‘He keeps on working and he’ll get his chances.’