Chelsea striker Olivier Giroud has appeared to suggest he would be willing to stay on at the club if he is offered a new contract as reports suggest he will be – insisting he believes the Blues have “a big opportunity” to win silverware and that he only wants “the best” for the team.

Of the Premier League players to score more than five goals in 2020, Giroud managed an effort every 106 minutes – the best of any player in the division.

The 34-year-old was brilliant post-restart and this term has three goals in nine league outings, all of which have come in his last four appearances, his only top-flight starts this season.

The veteran Frenchman also has six goals in six Champions League and Carabao Cup games having ended 2019-20 with 10 goals in 25 games, just 17 of which were starts.

And according to the Transfer Window Podcast’s Ian McGarry, Chelsea are readying a one-year contract extension for World Cup winner Giroud given his importance to Frank Lampard’s team and the unique qualities he offers when leading the line.

The France international has once again displaced Tammy Abraham as the Blues’ go-to frontman and will hope do more damage against Manchester City on Sunday (4.30pm kick-off). 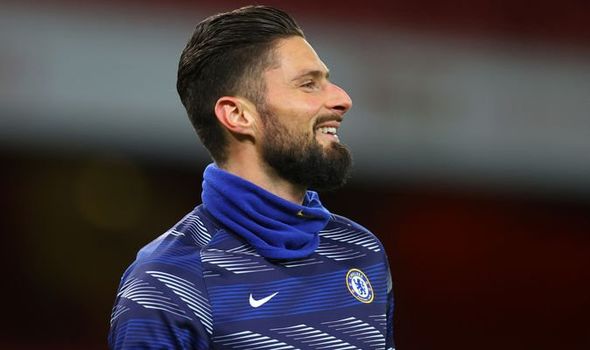 McGarry said: “Despite speculation to the contrary over Frank Lampard’s future as head coach at the club, it’s our information that he has the full confidence of Chelsea’s main director and defacto chief executive Marina Granosvkaia with regards to his tenure as manager of the club.

“That will be backed in January. First of all by offering Olivier Giroud, who is someone Lampard recognises and rates very highly as a key member of his squad, a new contract.

“Of course the club policy is not to offer any player over 30 more than a year. Giroud has six months left on his contract but negotiations will begin with his agent with regards to a one-year extension.”

In a new interview with Sky Sports, Giroud has indicated he would be happy to put pen to paper if he continues to feature regularly under Lampard – and believes the Blues boast a team capable of winning trophies this season with the Premier League, Champions League and FA Cup their avenues of potential silverware.

“I am told it is a goal every 63 minutes this season,” Giroud said. “Obviously, I am very happy with these numbers. I am the happiest man when I am on the pitch. 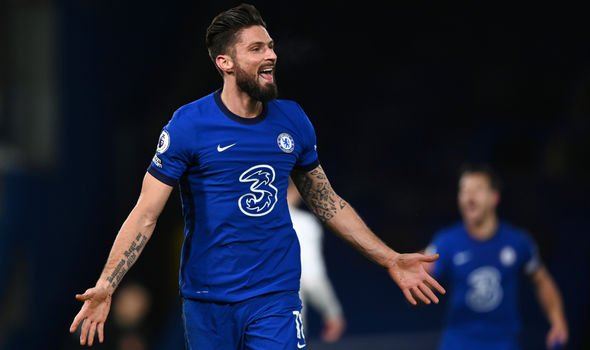 “We will see what happens in the next few months but I just want to keep my efficiency high. When I am not on the pitch, I just try to be a part of the team.

“I really want the best for this team and I really believe we have a big opportunity to win something at Chelsea with this great squad. I will just carry on like this and try to keep it up.”

Chelsea boss Lampard said of Giroud after his latest goal in the draw with Aston Villa: “If you deliver for Oli in the right areas, he gets in the position and gets really good contact.

“That’s why he is scoring goals and why he has been a regular scorer wherever he has been. He did for us today, this season and in restart. All credit to him.”

It follows similar praise after ex-Arsenal striker Giroud scored four in a Champions League win over Sevilla early in December, after which the boss declared: “He is the ultimate professional, and I think he’s done that through his career.

“I think that’s why with Oli you see his numbers for France and in the Champions League.

“He wasn’t always a regular before I got here, but as soon as I came in I could feel the positivity off him as a player, how he wants to train, how he wants to affect people whether he starts or not.

“And he’s started a lot for us now and been very impactful in terms of how he was in restart and performances like tonight.

“So he’s a great sign for younger players and for other players when they are not always playing in the squad of 20-plus we have that happens of course.

“So they keep training well, and when they come in they perform like they did tonight.”