Olivier Giroud is open to staying at Chelsea next season despite nearly leaving the club in January.

The France international has become an integral player for Frank Lampard’s side over the past few weeks in the absence of the injured Tammy Abraham, but has spent the majority of the season on the bench.

His performances and attitude have impressed the Blues boss, who will have a selection dilemma on his hands once Abraham is fit again. 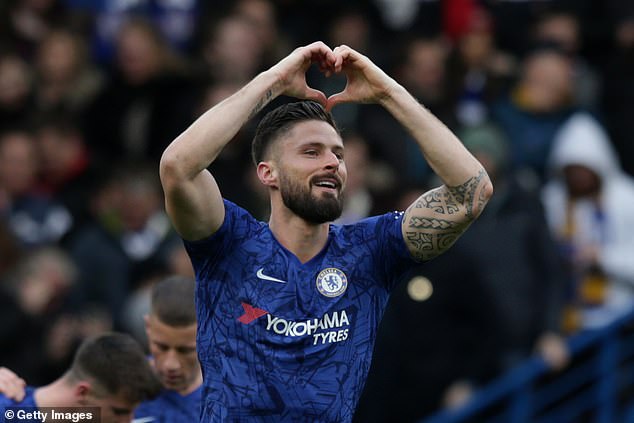 Giroud was close to leaving Stamford Bridge in January as he sought a move away to ensure he stays in France’s Euro 2020 plans and despite his recent revival, his future remains uncertain given his contract expires at the end of the season.

But the 33-year-old striker, who is likely to have various options given he is available on a free transfer this summer, is not ruling out remaining at Chelsea beyond the end of the season.

Meanwhile, Mason Mount has played down injury concerns after taking a knock to his knee in Sunday’s win over Everton.

The England international opened the scoring as the Blues won 4-0 but he was later substituted, raising fears he could join the seven first-team players currently absent.

But Mount said: ‘The substitution was precautionary to see how my knee was. I feel fine and hopefully in the next couple of days I will get treatment.’ 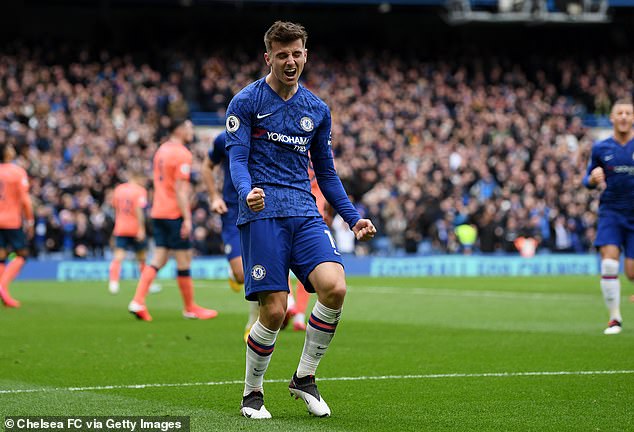