Home » Soccer » ON THE ROAD: Will the Bees blow it again?

ON THE ROAD: Will the Bees blow it again? Brentford were top in February but look set to miss out on automatic promotion like last season… as Norwich and Watford fly out of sight

It was just one inch, two inches maybe,’ reflected Thomas Frank on the barest of margins that prevented his Brentford team from returning to winning ways on Saturday.

The nearly moment he was referring to came just seconds after Mads Bech Sorensen’s 50th-minute equaliser when League top scorer Ivan Toney’s shot struck the inside of the post.

Had it not made such a flush connection with the woodwork, Brentford would have returned down the M1 with a smaller deficit to erode than the nine-point gap that now exists between them and the Championship’s automatic promotion places. 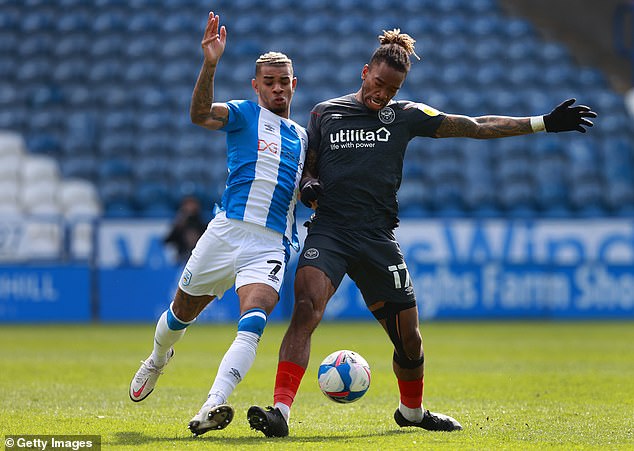 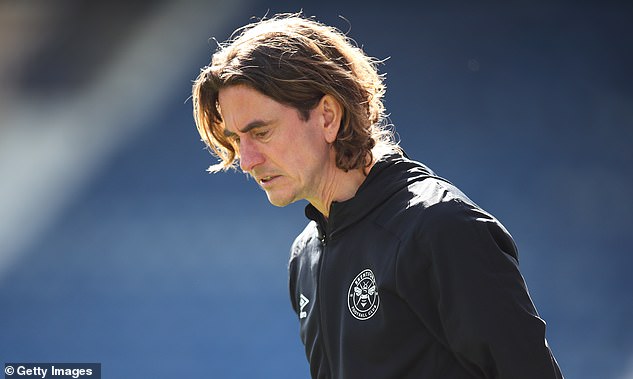 The near miss was consistent with the theme of recent weeks, in which slip-ups have been magnified by the near flawless form of the top two, Norwich and Watford, who have kicked for home at Usain Bolt speed since the bell sounded for the final lap.

Each have played 11 matches since Brentford were top of the table in mid-February, winning nine and 10 respectively.

Inside the dressing room, Brentford keep reminding themselves ‘that things can happen’ in this division that nobody envisages, such as their own stumble at the finishing line last year when they entered the final two fixtures of the season on the back of eight straight wins, and lost them both.

Victory in either would have been enough to pip West Brom to second place.

Their recovery from that, plus a bruising play-off final defeat by Fulham last August, is to be applauded. Part of it has been founded on another piece of outstanding recruitment in Toney. 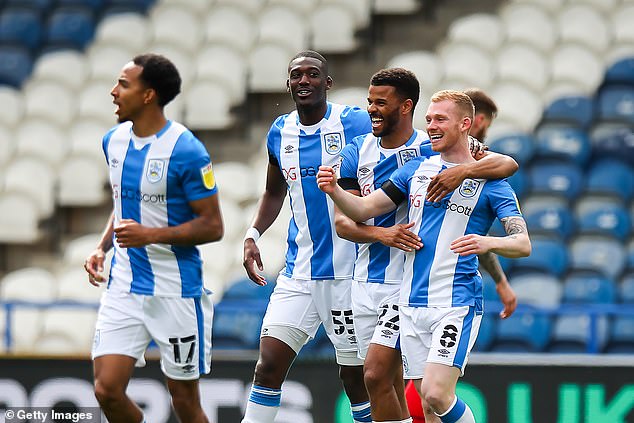 In reflecting upon his ‘crazy numbers’, Frank suggested that the £5million signing from Peterborough was worthy of comparison to Harry Kane.

Since stepping up a level from League One, Toney has 28 goals and nine assists. Crazy numbers indeed. The 25-year-old needs two more goals to become the second player this century, after Glenn Murray eight years ago, to hit 30 in the second tier.

Four more and he will be second only to Guy Whittingham — who struck 42 for Portsmouth — since English football’s structure was revamped at the start of the 1992-93 season.

Identified as the heir apparent to Ollie Watkins, who flitted to Aston Villa in the wake of their Wembley heartache, Toney has surpassed expectation. To the extent that Brentford have become over-reliant on their main man. 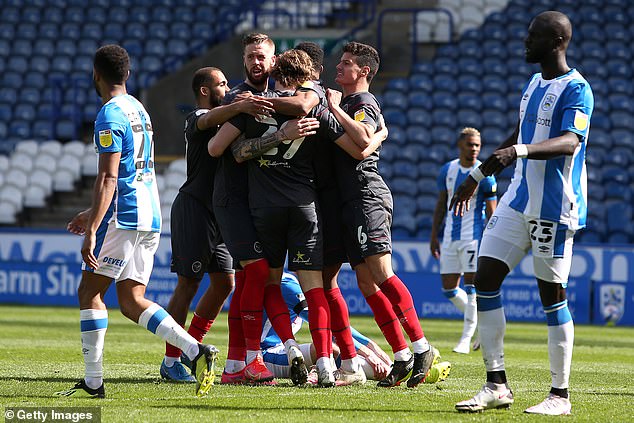 On Saturday, to arouse his team from a post-international break slumber that saw them trail early to Lewis O’Brien’s goal, Frank tinkered with Toney’s positioning, dropping him deep into the No 10 role to link play and avoid the kind of physical encounter relished by Terriers defender Naby Sarr.

The wide men Sergi Canos and Bryan Mbeumo were instructed to go narrower and look to expose the lack of pace in the Huddersfield defence.

It did not have the desired effect, and so after Mbeumo failed to connect with a superb Toney knockdown at the back post at the end of the first half, they went more direct again.

That incident spoke of the difficulties that Brentford have experienced this season. Like last, they are the Championship’s top scorers but they are too wasteful in other areas of the final third.

While Watkins’s loss has been covered, it has been more difficult to do the same for the mercurial talents of Said Benrahma. The winger, now at West Ham, contributed 17 of the 57 goals racked up by the BMW-powered team of 2019-20. Mbeumo hit 15. This year, he has four.

An effervescence about Brentford’s play remains, though, highlighted by their start to the second half at the John Smith’s Stadium. A string of balls fizzed into the Huddersfield box eventually reaped reward when Sorensen re-directed Vitaly Janelt’s low cross into the bottom corner. 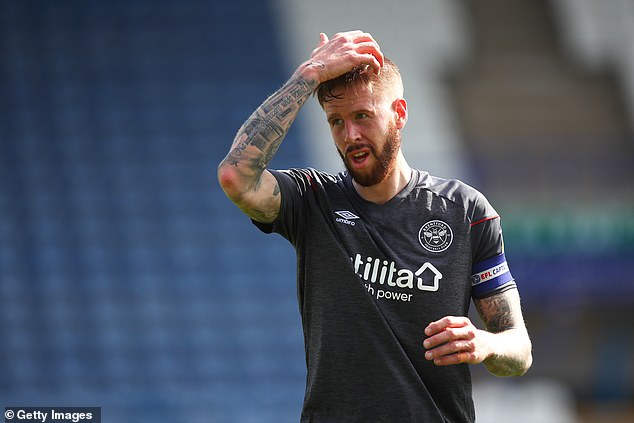 Soon afterwards, Toney aimed for the opposite one and was left frustrated by the outcome.

The current state of play suggests Brentford may have to go through some tense end-of-season drama once more if their sparkling new Community Stadium is to host Premier League football come August, ending a 74-year exile from the top flight.

But Sorensen insists they are not thinking like nearly men ahead of Tuesday’s visit of Birmingham.

‘We use last season as experience but try not to think about what happened,’ he said. ‘We take one game at a time. The game today has gone tomorrow.’