Mesut Ozil trained alongside his Arsenal team-mates on Sunday as they ran through their final preparations for the visit of Leicester.

The midfielder appeared to have a real sense of focus about him and was fully engaged in the morning’s session ahead of making his return from injury.

Ozil, who missed the 5-1 trouncing of Fulham last time out due to a back a spasm, has played a significant role in Arsenal’s nine-game winning run and is expected to slot straight back into the line-up on Monday evening. 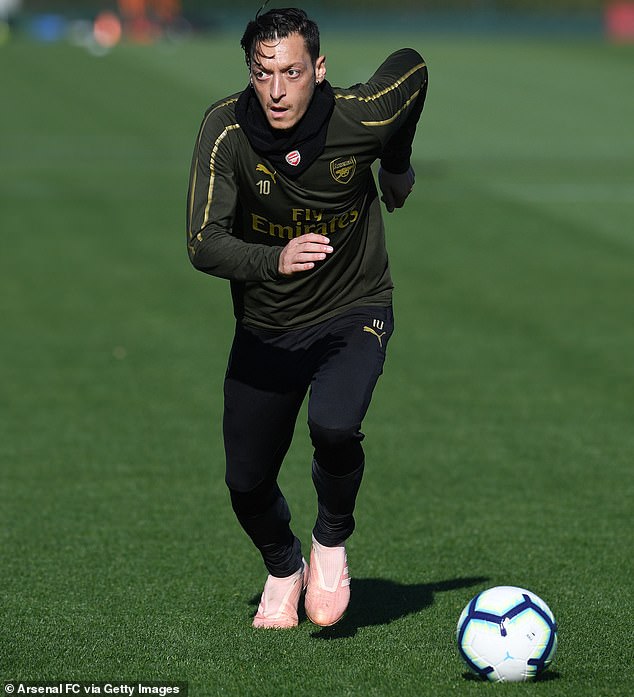 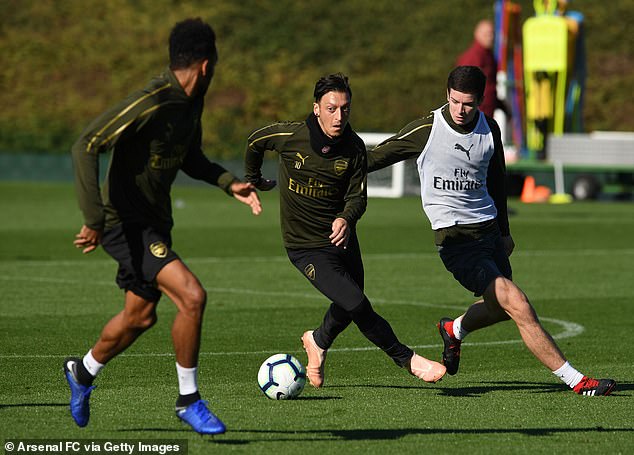 Ozil didn’t play in their last game against Fulham, but is expected to return against Leicester 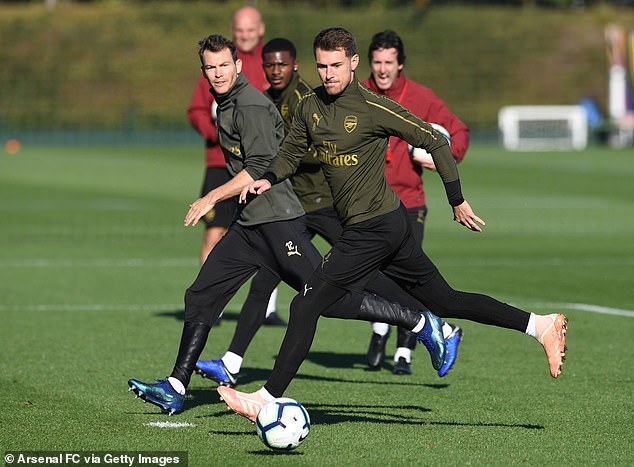 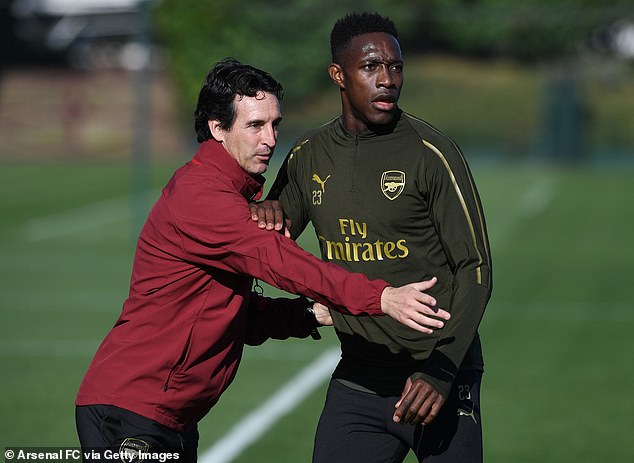 Unai Emery has been impressed with Ozil’s application in recent weeks and believes Arsenal could prosper even further from his decision to quit Germany.

The Arsenal boss said: ‘International breaks are not easy if you have to play two matches.

‘When players stop this, maybe it can help them focus more for us, with training and improving things. It could help Mesut to find our ideas more quickly.’

The Arsenal boss demands a high work rate from his players on a daily basis and took a hands-on approach to getting that on Sunday by participating in the session. 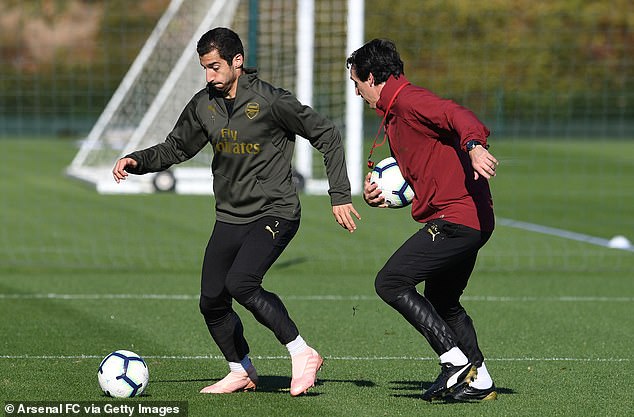 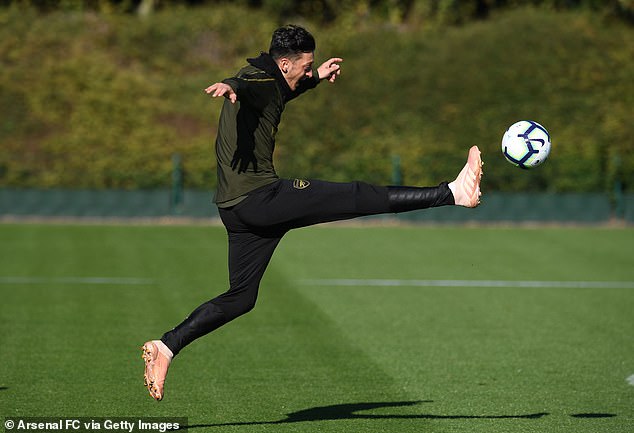 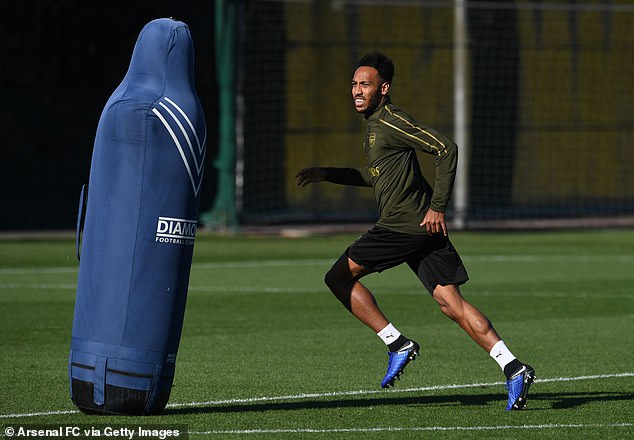 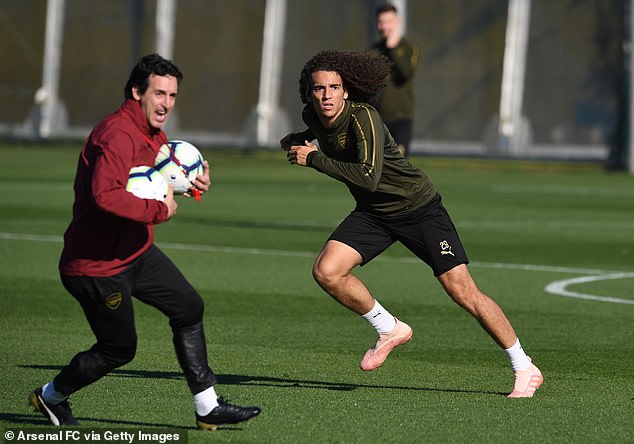 It was Emery’s last chance to get across his messages to the Arsenal players before they host Leicester on Monday evening.

He will be hoping his side can continue their fine form and pick up another three points, which could see them rise to as high as third position in the Premier League table.

Their rise up the league, in part, is thanks to a six-game winning run, which has had a telling impact on the squad.

The atmosphere in the Arsenal camp seems to be at an all-time high and they have also been boosted by the return of Laurent Koscielny, who has been out of action since rupturing his achilles back in May, but returned to training this week and took some part in Sunday’s session.

Koscielny is still in the recovery process, though and Emery has insisted he will resist any temptations to play the defender until he is fully fit. 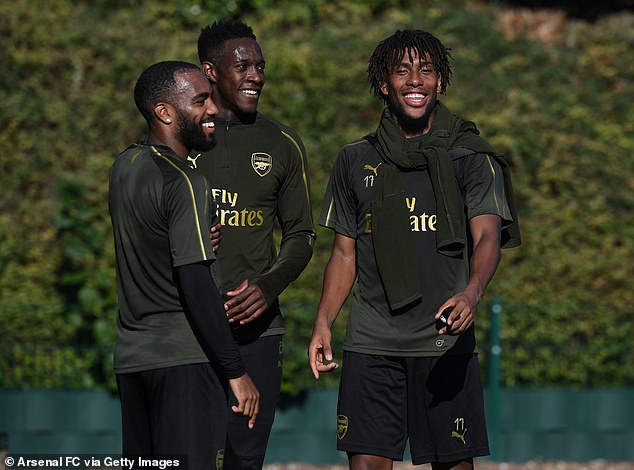 The mood in camp was high with Welbeck, Alexandre Lacazette and Alex Iwobi seen smiling 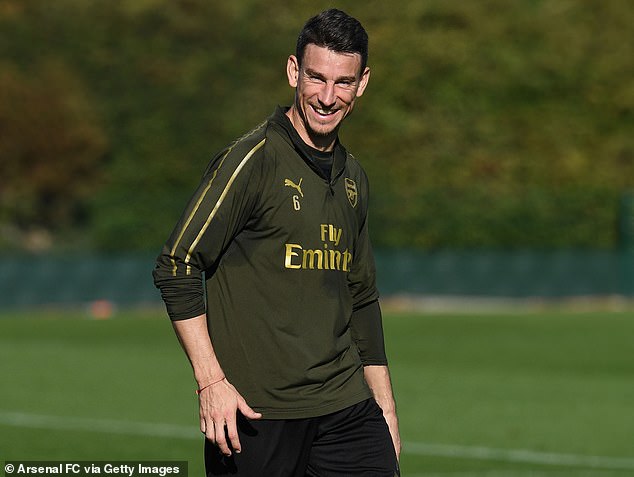 Arsenal will also be boosted by the return of Laurent Koscielny, who took some part on Sunday 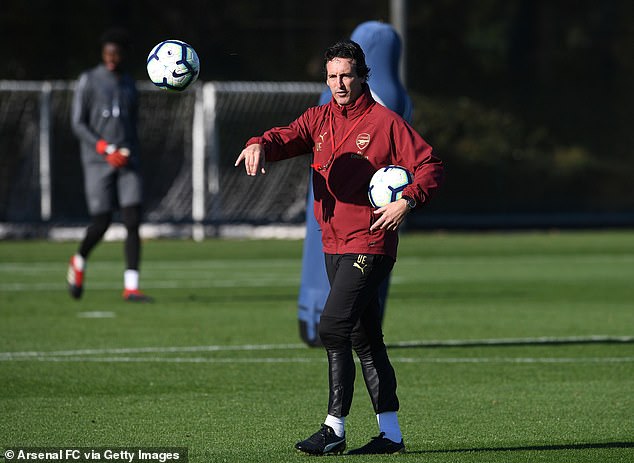 He added: ‘We need to be calm with him. Calm because we need [to wait] more than a month.

‘He needs to feel [well] first, if he is doing some things, then he is doing well. Then when he can play and is available for games in the training, [then] we can think he is okay to play.

‘He is very important for us because he is our captain. He is starting this week to do some training with us together and it is very, very good news for us.

‘I think we need also to give confidence to him, to be close with us, because it was a big injury. But now he is getting better, he is training with us in some things and this is very positive.’