Crystal Palace are ready to let Max Meyer leave in January as out-of-favour midfielder enters the last six months of his huge £170,000-a-week deal… with Bundesliga side Cologne keen to bring him back to Germany

The midfielder has only made one appearance so far this season – in the Carabao Cup defeat by Bournemouth in September – and now has less than six months left on a huge deal worth £170,000 a week with fees and bonuses included.

Bundesliga strugglers Cologne, who are battling against relegation with just 11 points from 14 games, have shown an interest in signing the 25-year-old this month. 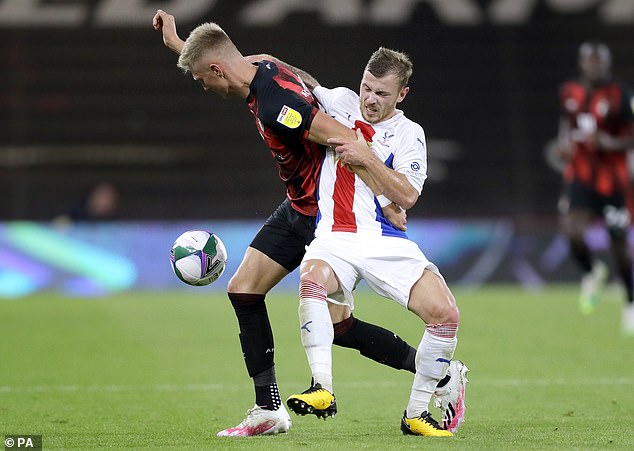 Max Meyer, pictured during his only appearance so far this season, could leave Crystal Palace

Palace appeared to have pulled off a coup when they signed the highly-rated Meyer on a free transfer in 2018, paying just £450,000 in compensation to Schalke.

But the move has not worked out, with the midfielder making just 56 appearances over the last two-and-a-half years and scoring only twice.

He is way down Roy Hodgson’s current pecking order and the club are keen to remove his salary from their wage bill before the end of the season.

Cologne could snap up Meyer, who has four caps for Germany, on loan or for a minimal fee, with Roy Hodgson admitting on Thursday that he could leave. 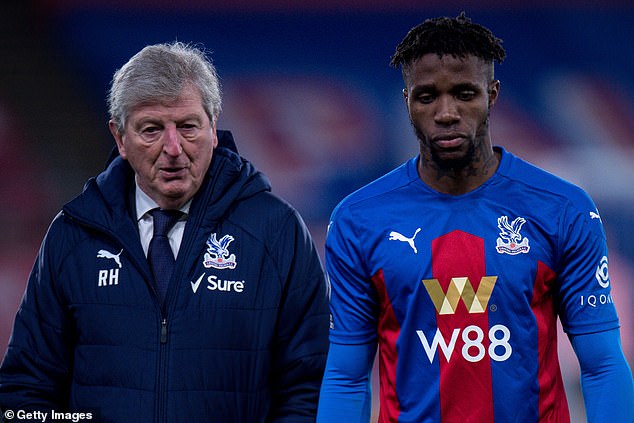 ‘Max has been the perfect professional, done all his work and hardly missed a day of training,’ Hodgson said during a press conference.

‘He wants to play and needs to play. It is pretty obvious at the moment with the competition for places we have got here and the players I have been using, he has been marginalised.

‘I wouldn’t be surprised if Max is knocking on the door to move on and if that is the case, I might have to reluctantly agree he has not been given the chances here to show what he could do, so if there is someone else that would give him that it would have to be considered.’