Iliman Ndiaye is arguably the Championship’s most exciting player and no one at Sheffield United was surprised when Senegal called him up for the World Cup.

Qatar becomes another step on an unusual pathway, one that has taken Ndiaye from the ball cages of urban France, via Dakar’s beaches and three years at Boreham Wood to the steel city.

Now Senegal will hope the 22-year-old forward can fill the void left by the injured Sadio Mane when they start their Group A campaign against the Netherlands today. 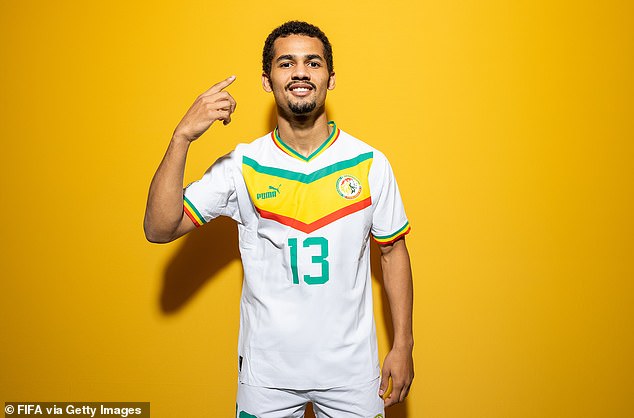 ‘Everyone knows who he is now and what he has been doing,’ said Blades manager Paul Heckingbottom. It’s a great story. I’d love to see him perform in a World Cup the way he has for us.’

Ndiaye is a hugely popular figure at United, where they joke about his extreme ability and outrageous tricks. With nine goals, he is the division’s joint top scorer.

Jack Lester, United coach and head of player development said: ‘He does things you can’t coach. He is so natural, the way he deals with the ball, beautifully balanced and poised.

‘Iliman told me his dad played music as they practised as a kid and you can see it come through in his game. His shoulders rock, almost as if he’s dancing.

‘He is a lovely lad, always smiling. He is fearless, a tough kid, strong on the ball and not nice to play against.’

Ndiaye was born in Rouen and signed for Marseille at 11 before his family returned to Senegal, where his father continued to coach him on the beaches. 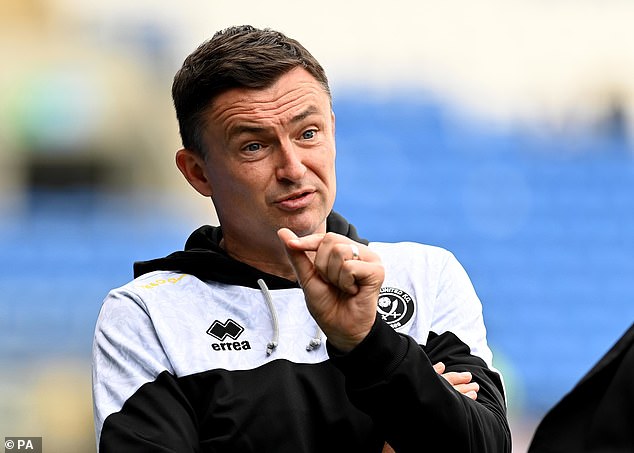 He was 14 and did not speak a word of English when they moved to London. There were football camps at Chelsea and Reading and a development course at Southampton, but no offer of a scholarship.

At 16, he joined Boreham Wood’s PASE academy, where he also did courses in trades that included bricklaying at Barnet and Southgate College.

Luke Garrard, manager of the National League side, said: ‘We were very fortunate. As soon as we saw him we knew we had one. He went into our elite academy and at 16 or 17 was training with our first team, taking the mick out of seasoned pros.’

Ndiaye signed at 18 and produced an astonishing solo goal in an event organised by the PGMOL as they tested VAR at St George’s Park.

‘He took on half the team, sitting people down all the way from one end to the other,’ says Garrard. ‘He has a God-given gift. He is on the right side of the fine line between confidence and arrogance.’

The Blades liked what they saw and snapped him up for a nominal fee. Ndiaye made his United debut at Leicester in March 2021 in Heckingbottom’s first game as caretaker boss and has thrived since the manager returned to take charge on a permanent basis last November.

Senegal handed him a first cap in June on a day when Mane scored a hat-trick against Benin. Now the young Blade is stepping on to the biggest stage. Those who know him will not be surprised if Ndiaye catches the eye once again.