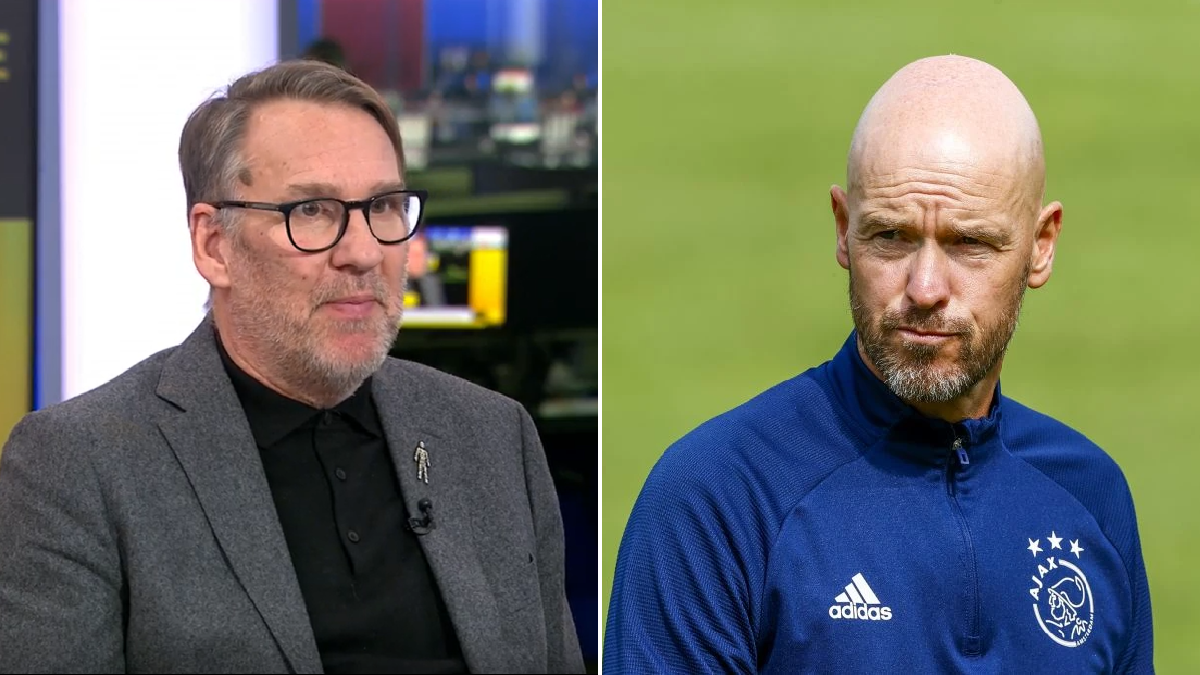 Arsenal legend Paul Merson expects Erik ten Hag to sell Cristiano Ronaldo this summer and has tipped the Manchester United striker to link up with Lionel Messi at Paris Saint-Germain.

One of Ten Hag’s biggest decisions upon his arrival at Old Trafford will be whether to keep or offload Portugal hero Ronaldo.

While the five-time Ballon d’Or winner has impressed since returning to United – scoring 23 goals this season – there are fears he will not suit Ten Hag’s style of play, while at 37 there is an acceptance he will not be a long-term option for the incoming Dutch boss.

Merson insists he ‘wouldn’t be surprised’ if Ten Hag chose to move Ronaldo on and says a transfer to Paris Saint-Germain could be ideal for both parties.

PSG clinched their 10th Ligue 1 title last weekend but are desperate to lift the Champions League and welcomed Ronaldo’s long-time rival Messi to Paris last summer as they attempt to secure European glory.

‘This might be Cristiano Ronaldo’s last year in the Premier League,’ Merson told Sportskeeda. ‘He’ll want to play in the Champions League – he’s played in it all his career.

‘I’d be surprised if Erik ten Hag wants him there to be honest – he’s trying to build his team, and Ronaldo is 37 years old.

‘PSG could go for him and make him their short-term replacement for Kylian Mbappe. PSG only want one thing – the Champions League.

‘Ronaldo is a proven asset in the competition – he’s scored goals, he sells shirts, he’s done it all.

‘Ligue 1 is an easy league, and Ronaldo will be able to focus on the Champions League at PSG. With Lionel Messi already at the club, we may well see two of the greatest players of all time playing for the same team.’

Ronaldo scored his 17th Premier League goal of the season to earn Manchester United a point against Chelsea on Thursday night.

Ralf Rangnick’s side return to action on Monday against Brentford but Merson believes United will drop more points as Thomas Frank’s side visit Old Trafford, with the Bees enjoyed a fine run to pull clear of the relegation battle.

The former Arsenal and England winger added: ‘This will be a hard game for United. The way Brentford have been playing, they could pull this off. Who would’ve thought this was possible one, two, or ten years ago?

‘Brentford are going to go out there expecting to win this game. They’ll have a go at Manchester United and I think they’ll cause them a few problems this weekend. I think it will be 2-2.’

United interim manager Rangnick, meanwhile, praised his side’s spirit as they came from behind to draw 1-1 with European champions Chelsea.

‘It was a good point for us,’ he said. ‘In the first half Chelsea dominated the game. You can see that they have top players and are well organised, and it’s not so easy to get hold of them.

‘In the second half I thought we were better. In the last half an hour they hit the post but we also had our moments.

‘At least we fought. They are one of the top teams in the league. There is nothing to blame the players for in terms of attitude.’

Premier League: Title, top four and survival are all still to play for