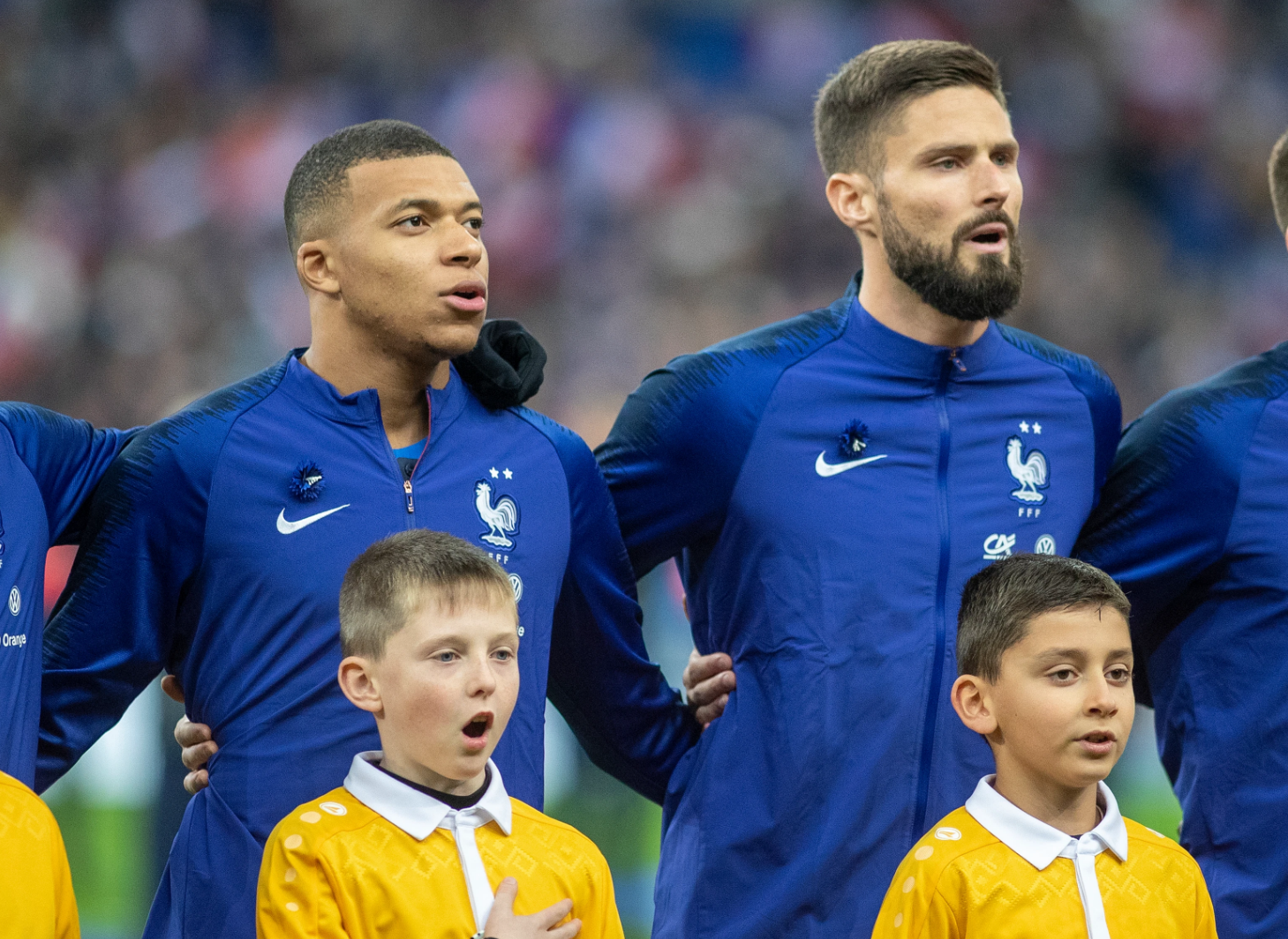 Paul Pogba has played down talk of a possible rift between Olivier Giroud and Kylian Mbappe and insists there is a ‘great atmosphere’ in the French camp ahead of their Euro 2020 campaign.

However, the Chelsea striker – who replaced the injured Karim Benzema in the 41st minute – was clearly frustrated after the game and complained about a lack of service from his team-mates.

‘I was a little quiet because, sometimes, I make runs and the balls aren’t forthcoming. I am not saying that I always make the best runs but I am seeking to offer solutions in the box,’ Giroud told L’Equipe du Soir.

According to L’Equipe, Mbappe felt ‘attacked’ and ‘angry’ by Giroud’s explosive interview, to the extent that he had to be talked down from making a statement to the media in response to his team-mate’s comments.

The unsavoury episode at the Stade de France has threatened to overshadow the side’s preparations ahead of their opening Group F clash with heavyweight opponents Germany next week.

Keen to avoid any unwanted pre-tournament drama, Didier Deschamps looked to diffuse the situation and insisted Giroud’s observation was not meant as a direct swipe at Mbappe during his post-match press conference.

Pogba – who got 90 minutes under his belt versus Bulgaria – joined his manager in rubbishing rumours of possible friction between the two attackers as he addressed the media on Friday.

Asked whether there has been any tension between Giroud and Mbappe, Pogba joked: ‘No, the only tension is on the back and legs!

‘There is always a great atmosphere with everyone. Between Olivier and Kylian, there is nothing. Or at least there has been nothing in front of me.

‘Maybe what was said was conveyed incorrectly.’

The Manchester United midfielder added: ‘You know Kylian, you know his qualities.

‘He can score and make great passes. He does amazing things at his age.

‘He is an altruistic player. But I always tell him that it would be good if he defended more to help the midfielders (laughs).

‘In any case, I did not see anything and we do not feel any tensions. Nothing came out.’

France head into the Euros as tournament favourites, despite being placed in the ‘group of death’ along with Germany, Portugal and Hungary.

‘They are not the favourites, they are the super favourite,’ ex-Arsenal boss Arsene Wenger told Sky Sports.

‘Favourite is not big enough because when you win the World Cup and then you have in your team, [N’Golo] Kante, Pogba, Benzema, Griezmann, [Kingsley] Coman, Giroud, I forget half of them… [Ousmane] Dembele.

‘You will have on the bench 11 players who would play basically in any other national team.

‘So you cannot refuse the fact that you are world champion and it’s a team which has not peaked.

‘It’s a team that’s still going up, because they’re all young these guys. Apart from two or three, the core of the team is very young.’