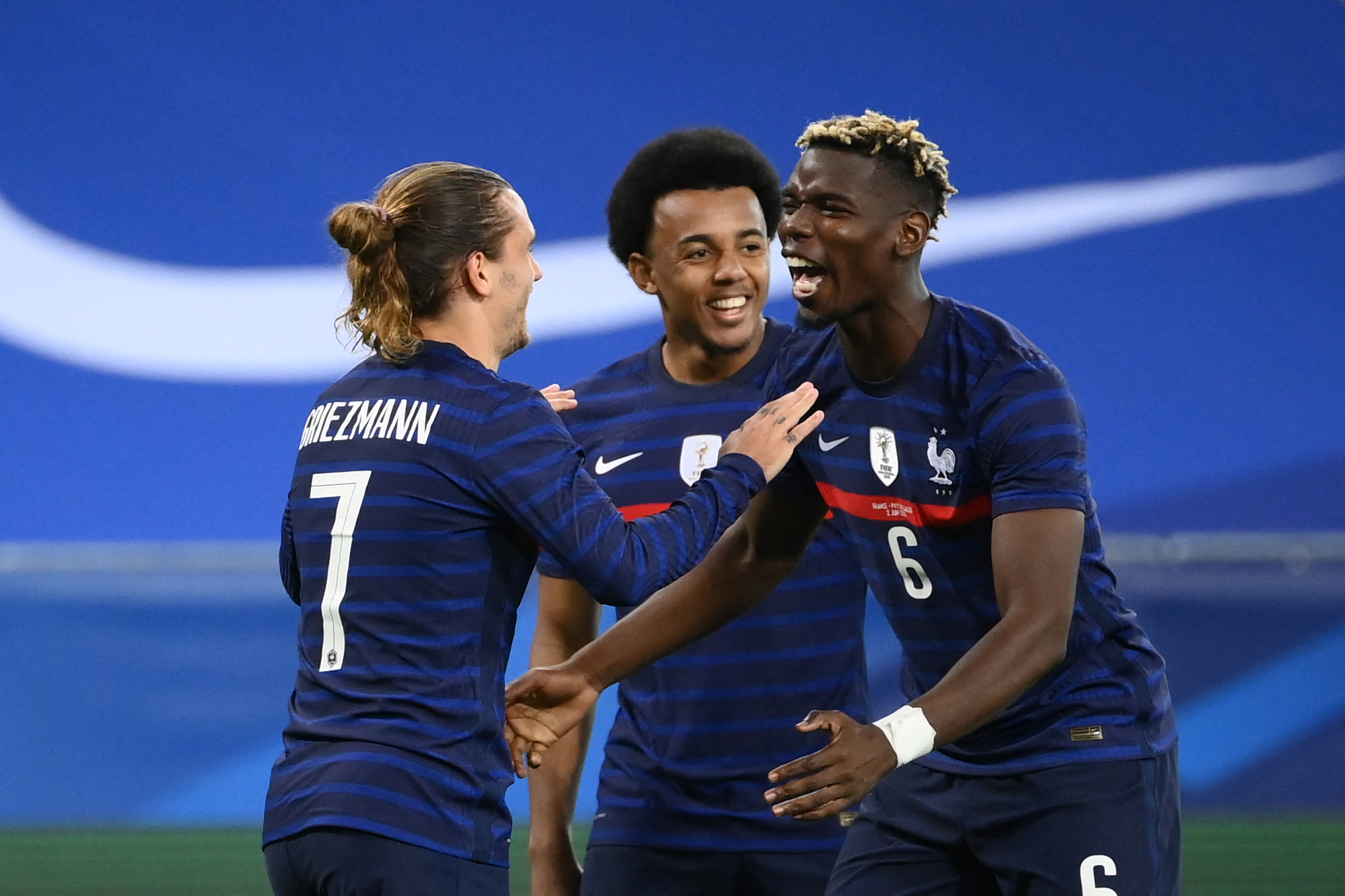 Paul Pogba thought wrong if he assumed the focus on France’s upcoming European Championships campaign would help dampen the speculation over his club future, with his own team-mates fueling rumours of an impending switch to Paris Saint-Germain this week.

The 28-year-old is entering into the final 12 months of his current contract at Old Trafford and talks over a new deal have so far been unsuccessful as Manchester United bosses refuse to bow to his eye-watering £400,000-a-week wage demands.

Ole Gunnar Solskjaer has urged United’s hierarchy to do everything in their power to convince Pogba to stay on but there are growing fears the Frenchman is allowing his contract to run down which would allow him to depart on a free transfer next summer.

Pogba and outspoken agent Mino Raiola, once branded a s***bag by Sir Alex Ferguson, are confident there would be no shortage of potential suitors should a move become available and PSG have long been linked with the 2018 World Cup winner, who has twice intimated his desire to leave the Red Devils since returning from Juventus.

PSG president Nasser Al-Khelaifi has been creditted with a strong interest in the French back pages since as far back as 2019 and Presnel Kimpembe and Kingsley Coman ensured it would remain a topic of conversation after Pogba gatecrashed their interview with INFOSPORT on Wednesday.

Here’s how their conversation played out….

Coman: ‘Yeah… You are Parisian aren’t you?’

Kimpembe: ‘The transfer window is soon.’

A sheepish-looking Pogba was perhaps wise to make a quick getaway before his pals – currently and formerly of PSG – could make things any more awkward.

The Frenchman finished last season with three goals and three assists in the Premier League as the Red Devils secured a second-placed finish, with 12 points between themselves and champions Manchester City.