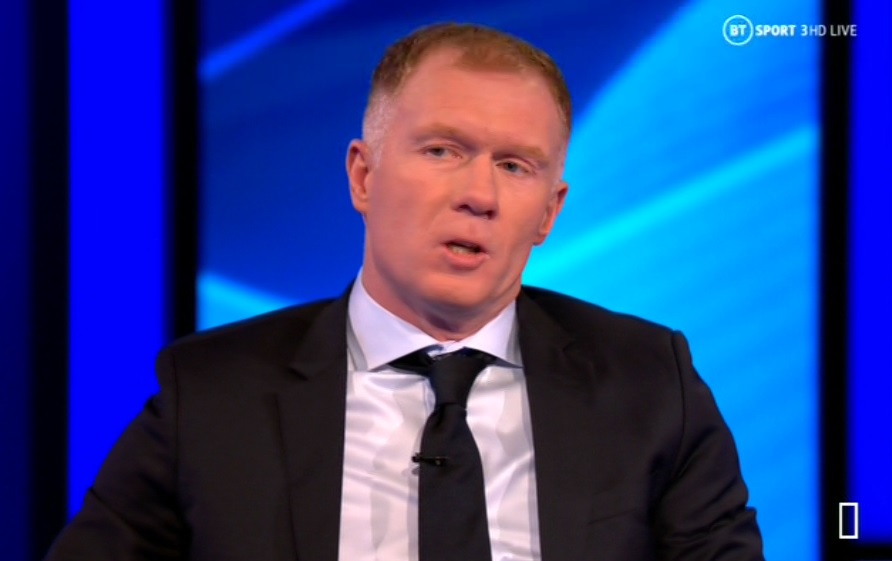 The 4-1 defeat away to Watford on Saturday signalled the end of Solskjaer’s reign but United have opted to appoint Carrick on an interim basis until a permanent manager is found.

McKenna and Phelan, who were also a key part of Solskjaer’s coaching staff, have also remained at Old Trafford.

And Scholes believes all three should have left United once the decision was made to sack Solskjaer.

‘I think the feeling in the club is a lot better from when he [Solskjaer] first came,’ Scholes told BT Sport.

‘We know now, and we thought a lot time ago he probably couldn’t take us to the next level that’s required.

‘He’d got us to second in the Premier League, which isn’t bad, numerous semi-finals, a final as well last year, we couldn’t make that final step.

‘You asked the question, ‘will they be any better tonight?’. It’s the same people running the team, it’s the same people who had been given massive responsibility every single week to put that team on the pitch. Arguably, it’s more Kieran McKenna and Michael Carrick who have been preparing the team, Ole gives them the responsibility to do that. How that changes now I don’t know.

‘In preparation, we talking about people above the manager, four weeks ago that Liverpool game, that was the time we knew Ole was going to go, it was plainly obvious. So then people above have to prepare the next batch of staff.

‘I’d be almost embarrassed being on the staff now, after what happened to Ole. Being on the staff, preparing this team for tonight… I think they all should’ve gone, whether they were sacked or they go off their own back.

‘I’ve got good friends there, Michael’s a good friend, Darren Fletcher, Mike Phelan, I’ve worked with these people, I just think if I was in their position now I’d be feeling guilty working at this football club still while Ole put so much trust in me.’

Asked if Carrick should’ve said no to taking the job, Scholes replied: ‘I think you do. When you’ve been employed by a manager, when you’ve give so much responsibility by the manager.

‘I think Ole is more of a manager than an actual coach. I can understand if you’re working for a coach who controls everything, like a [Antonio] Conte. He does everything on the training pitch, he picks the team, he organises everything, Pep Guardiola is the same.

‘Ole is more of a man-manager than a coach, he’s trusting Michael to prepare his team, I think Kieran is one who does most of it, he’s given them big responsility, so they also need to take responsibility for what we’ve seen. That’s why I think… what’s going to change tonight?

‘It comes down to preparation for Ole losing his job, the preparation behind the scenes has not happened, it should’ve been lined up now.’