Paulo Fonseca spoke of his desire to manage in England as he arrived in the country for Shakhtar Donetsk’s Champions League clash with Manchester City.

The highly-rated Portuguese manager, who has won successive domestic doubles with the Ukrainian side, has been linked with Everton, West Ham and Aston Villa in the past year.

‘Of course,’ said the 45-year-old when asked if managing in the Premier League held appeal. ‘It is a dream for every coach and it is a big league, the best, maybe, in the world. 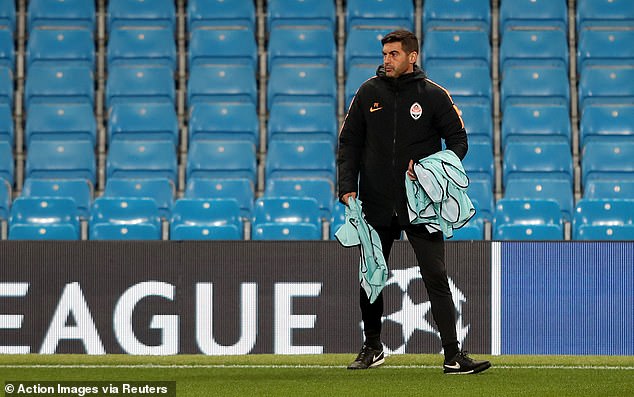 ‘I would like one day to come here and manage one team. I don’t know when it will be but I believe one day it will happen.’

Fonseca, however, insisted his immediate focus was on Shakhtar. His side, who are eight points clear at the top of the Ukrainian Premier League, are hoping to kick-start their latest European challenge as they face City at the Etihad Stadium on Wednesday.

Shakhtar reached the last-16 of the competition last season – and have done four times in the past eight years – but have collected just two points from their opening three Group F games this time.

Fonseca said: ‘With regards to the team I would like to manage – I am currently with Shakhtar and this is the team I want to manage. 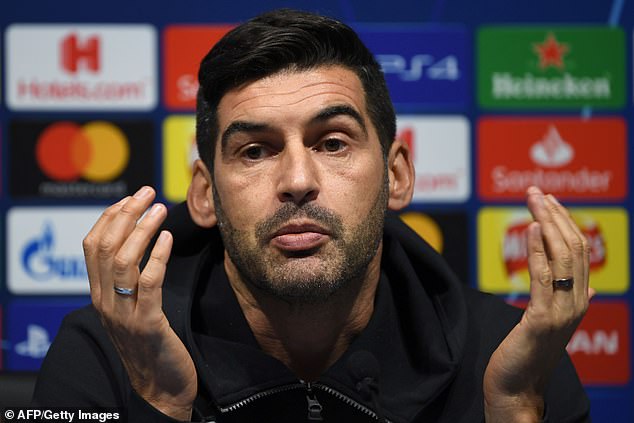 Ahead of the City clash, Fonseca revealed his desire to manage in the Premier League

‘My heart and soul are with them but maybe in future I will consider managing another team.’

Shakhtar were comprehensively beaten 3-0 by City when the sides met in Kharkiv a fortnight ago and Fonseca is expecting another tough evening.

He said: ‘Playing against Manchester City is always very complicated because they are one of the best teams in the world.

‘We are going to show our strengths and show our game and we have to make sure we don’t make any mistakes playing against such a team as City. Manchester City do not have weaknesses.’