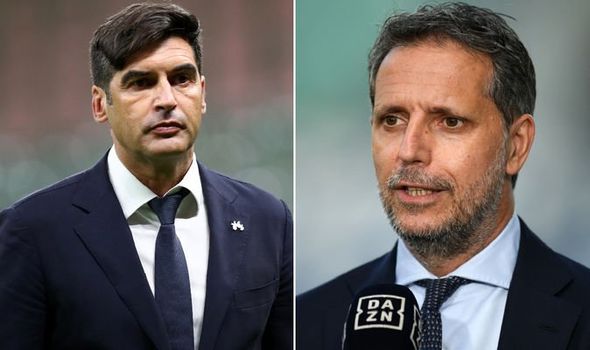 Tottenham are due to imminently appoint Paulo Fonseca on a three-year contract and the new manager has several issues to immediately address before Spurs’ squad gather for pre-season in July. Express Sport looks at four of the key agendas that Fonseca will discuss with Fabio Paratici and Daniel Levy over the coming weeks as they look to get into the best possible shape for the 2021-22 campaign.

A problem new sporting director Paratici is already working on, per football.london, Spurs need to strengthen a back-line that conceded 45 goals in 38 Premier League games and 67 goals in 58 games across all competitions last term.

Italian chief Paratici has made the addition of a new centre-back, preferably one capable of being a leader, a top priority it has been claimed.

It is unclear who Spurs will chase although Joachim Andersen, Nikola Milenkovic, Merih Demiral and Milan Skriniar are all former targets who could be revisited by the north Londoners.

Football.London also say that if Davinson Sanchez or another senior central defender leaves, then a second signing in that position will be sought.

But at right-back Fonseca may also need upgrades with Matt Doherty having endured a difficult first season at the club and Serge Aurier potentially reuniting with Mauricio Pochettino at Paris Saint-Germain.

Norwich’s Max Aarons, who would cost at least £30m, and Lille’s £13m-rated Zeki Celik are among those being eyed. Goalkeeper Hugo Lloris is also entering the final year of his contract and a new long-term No 1 may be needed if an agreement cannot be reached in the coming months. 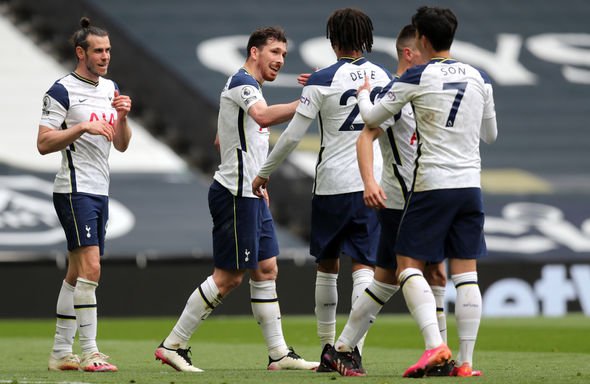 Back in May 2019, former manager Pochettino warned: “We need to rebuild. It’s going to be painful.” But the need for a squad overhaul has only intensified since.

Danny Rose and Paulo Gazzaniga have departed while Aurier could leave, Juan Foyth will join Villarreal permanently. Cameron Carter-Vickers and Erik Lamela are into the final years of their contracts and could too move on.

Lloris, Doherty, Ben Davies, Sanchez, Moussa Sissoko and Lucas Moura are among those who could also leave the Tottenham Hotspur Stadium with Spurs open to offers.

One of Fonseca and Paratici’s toughest tasks will be replacing those who do leave with better quality back-ups, given the major refresh needed in all departments of the pitch.

Spurs must ensure that they get as much money as possible for those who do leave, although there are players returning from loan spells who can help beef up the selections for the Europa Conference League in particular, such as Oliver Skipp and Ryan Sessegnon.

Youngsters Alfie Devine, Troy Parrott and Dane Scarlett could also all get opportunities. 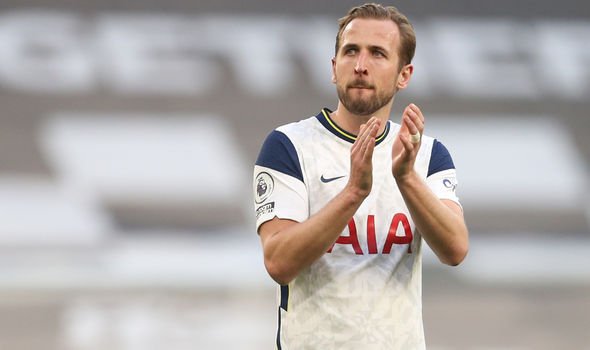 By far the biggest problem at the club right now – what happens with Harry Kane this summer? The 27-year-old wants to leave Tottenham, and believes he has the right to do so.

His duty as England captain at Euro 2020 has put transfer speculation temporarily on the backburner but the Spurs talisman, the Premier League’s most prolific goalscorer and assist provider last term, is a serious target for Manchester City.

Both Chelsea and Manchester United would like to sign Kane too but it is City who have the resource capable of doing a deal, with Kane and Jack Grealish their top targets this summer while United and Chelsea are preoccupied with other players.

Kane thinks he has a gentleman’s agreement with Spurs to leave having stayed for another season 12 months ago, when he requested a move, but has three years left on his contract and is valued at £150million.

Can Paratici and Fonseca help convince him to stay? Or will they allow Kane to go at the right price, even to a Big Six rival? Spurs don’t expect the striker to kick up a fuss, so seemingly hold the power unless he opts to make things ugly to force a switch.

If he does leave, Spurs will need to figure out how they build a new-look attack which maintains Son Heung-min’s prolific output. Do they bring Gareth Bale back from Real Madrid for the right-hand side and then sign a centre-forward? 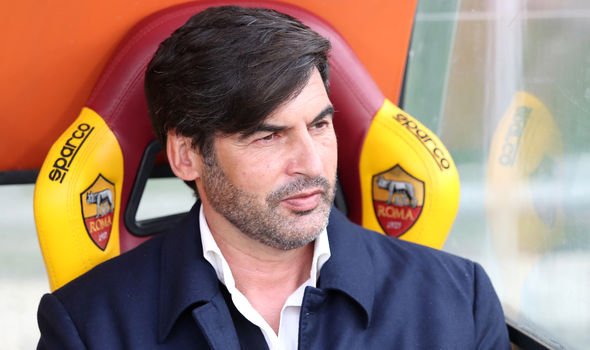 One of the biggest criticisms of Jose Mourinho at Spurs was his style of play, though the Portuguese’s tactics briefly had the club dreaming of a Premier League title tilt late last year.

The players and fans both quickly became fed up as performances and results toiled though and Levy has made it clear he wanted an attack-minded progressive coach who favours possession-based football.

Spurs think they have found that in Fonseca, and the 48-year-old will be tasked with reintroducing an exciting brand of football.

A return to a 3-4-3 is likely under the former Roma and Shakhtar Donetsk boss although he also used a 4-3-3 approach at Shakhtar.

Most importantly will be that his team are aggressive and on the front foot. Certainly, Fonseca’s Roma outfit were an excellent watch, scoring 99 goals in 53 Serie, Coppa Italia and Europa League matches last term.

But the new boss has a challenge ahead of him building such a formidable front-line at Spurs if he loses key man Kane, who directly contributed to 50 of the Londoners’ 124 goals.