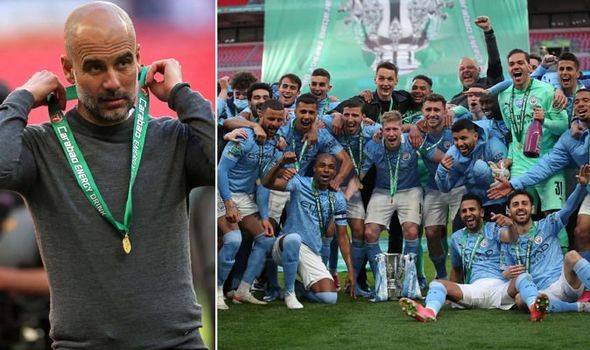 Manchester City boss Pep Guardiola warned Paris Saint-Germain he has them in his sights after landing his fourth consecutive Carabao Cup at Wembley on Sunday. Aymeric Laporte’s 82nd-minute header saw City defeat Tottenham 1-0 and land their first trophy of a possible treble this season.

The dominant performance – and an impressive return from injury for Kevin De Bruyne – teed City up perfectly for the first leg of their Champions League semi-final in Paris on Wednesday night.

“We’re really happy to win the first title and four in a row in this competition,” said Guardiola.

“We are in the [Champions League] semi-final for only the second time, we always had one eye on that but we take every game seriously – otherwise you can’t win four in a row.

“We won the first one, we are close to a second one [Premier League title] and now we go to Paris for another one. The way we played today was fantastic.”

Guardiola admitted the emotions were heightened because the win came in front of fans for the first time since last March.

“It’s much better. It was a good noise and the celebration with them was much better,” he said. 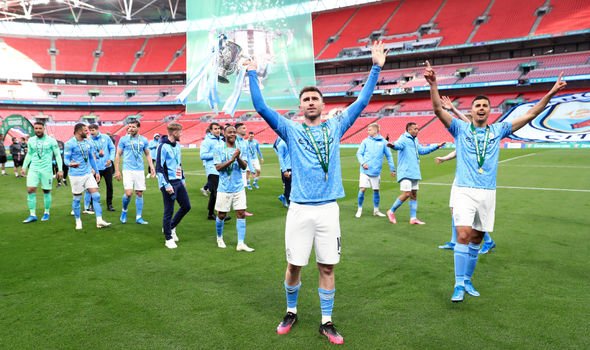 “Wembley was not full but they represent everyone, so it’s great to share it with them. There was some good noise. The reason why we do it is for them.”

City match-winner Laporte branded it the ideal response to the FA Cup semi-final defeat to Chelsea.

“It’s very special for us after we lost in the FA Cup to get confidence and keep going. In the last two months we have been so good. We have to keep this rhythm, to win more titles,” he said.

Mason, 29, had targeted Spurs’ first trophy in 13 years in just his second game in charge but they left Wembley empty handed again after Laporte’s late winner.

However he was proud of his outgunned team after a stressful build-up that started with the sacking of Jose Mourinho. 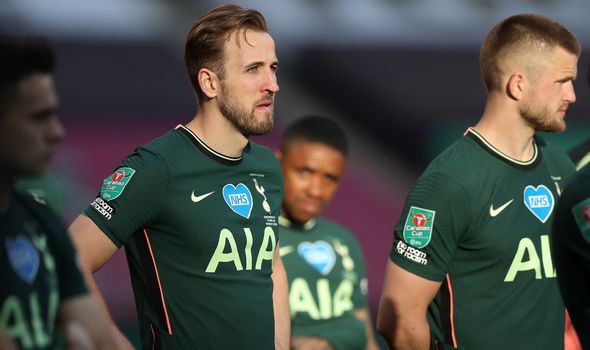 “It hurts and it is normal they are hurting because it shows they care. They gave everything, absolutely 100 per cent,” said Mason.

“Manchester City are a great side, an incredible team, but I think our group of players gave everything considering what they have had to deal with in seven days. That is something to be proud of.

“We tried but it wasn’t enough and that is tough to take.”

Spurs must now turn their attention to securing Champions League qualification via the Premier League.

“We now have to pick ourselves up because we still have some huge games left to play,” said Mason, who has been put in charge for the rest of the season.

It could have been won by a freak breakaway goal or on the lottery of penalty kicks. A fully-fit Harry Kane might have conjured some match-changing moment to turn the balance of play on its head. Instead Pep Guardiola earned the right to lift his fourth League Cup the same way as he did the rest: purely on sporting merit.

It was Manchester City who got to fill the Wembley air with champagne bubbles and dance with the cup in front of their long-missed fans because without a doubt they had been by far the better team.

The only real surprise was the identity of their winning goalscorer – perhaps even to him as he formed the centre of the celebrations.

But just as extra-time was beginning to loom, Aymeric Laporte had stood his ground at the far post to nod in a free-kick so impeccably delivered by Kevin De Bruyne after a careless and tired foul by Sergio Aurier on Raheem Sterling. 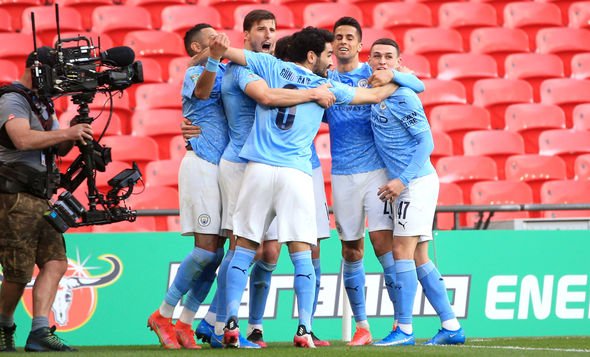 It was one of 21 efforts which rained down on Tottenham’s goal with only two in return. Jose Mourinho-style statistics, one might cruelly conclude.

However, no buses were being parked at Wembley this time. From the occasionally encouraging flash, it was clear that Ryan Mason’s team had been told to go out and play, but Manchester City simply had not allowed it.

For the opening half in particular, the presence of City’s supporters at one end of the famous stadium seemed like a magnet to the ball as Guardiola’s side demonstrated once again that when they are functioning like a well-honed unit, they are in a “super” league of their own.

As soon as Spurs got more than about 40 yards from their own line, some invisible force seemed to push is backwards again as City were able to dictate play in and around their opponent’s penalty area for vast swathes of play.

Riyad Mahrez was a decent finish away from being at his tormenting best. Sergio Reguilon, famously presented with a prized ham by Mourinho for the way he defended against City in the league, was making pig’s ear of keeping the irrepressible Phil Foden at bay.

Even Sterling, short on form of late, was back in his element and could have had a hat-trick before the game had even got started. 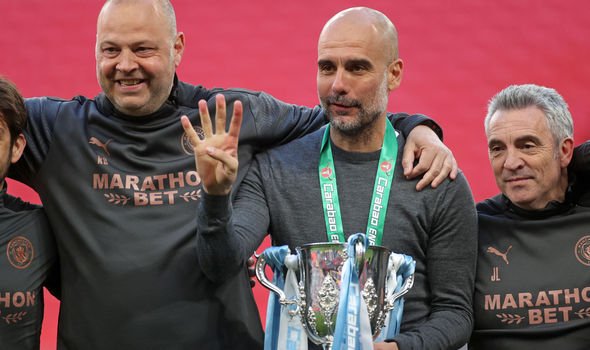 Only the backs-to-the-wall defending of Eric Dier and Toby Alderweireld, together with a World Cup winner in Hugo Lloris channelling his entire reputation in to one performance, kept Foden, Sterling and the rest of City from rattling up a cricket score.

In fact, the sustained deadlock seemed so unlikely, you began to wonder if the football was serving up one those unbelievable upsets. You could feel in the air just how desperately Tottenham fans so desperately wanted it.

Kane, a passenger in the 2019 Champions League final after injury, actually looked fit enough despite his latest knock to play a significant part. Could he finally get the silverware he craved?

And interim head-coach Mason? He was a young fan sat in the stands last time the club won a trophy in 2008 and played in the Spurs team which lost the 2015 final.

Barely four years after his playing career had been ended with a fractured skull, was fate going to offer up some sort of apology by making it third time lucky for such a likeable young man? Emphatically, no.

An enterprising Giovani Lo Celso effort just after the break which was neatly saved and a horrible confusion when Pierre-Emile Hojbjerg broke through soon after to waste Tottenham’s best chance saw silverware once again slip through their fingers.