‘Finally! United is coming’: Pep Guardiola hails the progress of Manchester United under Erik ten Hag… as the City boss warns his side that their arch-rivals have the ability to compete for titles under the Dutchman

Manchester City boss Pep Guardiola has heaped praise on rivals Manchester United and claimed they are ‘coming back’.

The Red Devils endured a disastrous start to the season under new boss Erik ten Hag, losing heavily to both Brighton and Brentford.

However, they have begun to build under the Dutchman and have impressed over recent weeks.

After losing 6-3 to City at the start of the month, United are now unbeaten in eight games in all competitions. 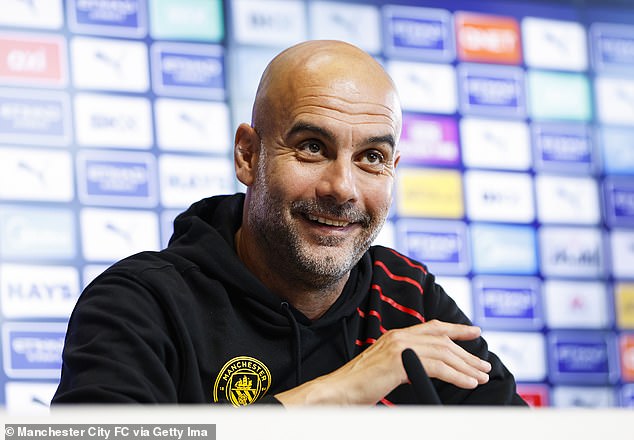 Ten Hag’s side lie in sixth place, just one point off the top four with a game in hand, while they have also qualified from their Europa League group thanks to four successive wins in the competition.

And Guardiola, speaking ahead of City’s game with Leicester on Saturday lunchtime, hailed the progress that their Manchester neighbours are making.

‘I have the feeling that United is coming back,’ he told his pre-match press conference.

‘Finally! United is coming! I saw signals yesterday (from their 3-0 win over Sheriff Tiraspol) and in the game against Chelsea in the first half. 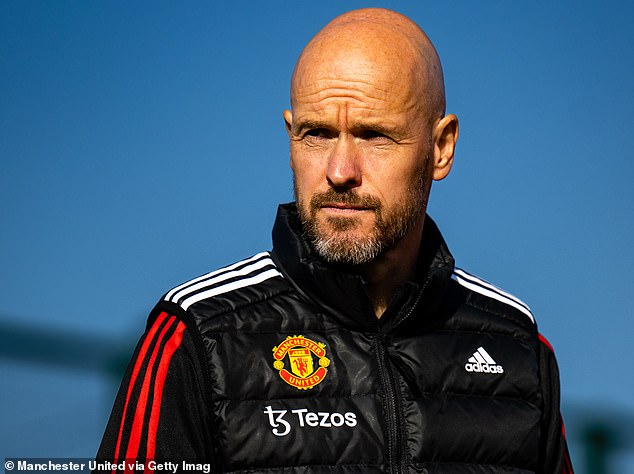 ‘I thought ‘I like it’, what I see from United just now. There will be a lot of teams (competing at the top).

‘That is why you have to fight for the Champions League and fight for the title. In the first 10 games you don’t win the Premier League, but you can be a little bit behind. Newcastle are already there. I saw them against Tottenham and the physicality from both sides.’

City have won four of the last five Premier League titles and are in a good position to add to that this season.

However, Guardiola hailed his side’s relentless to continue their desire to win trophies despite being so successful in recent years. 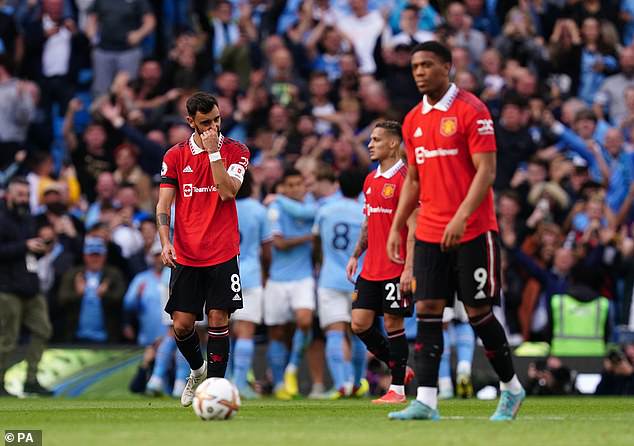 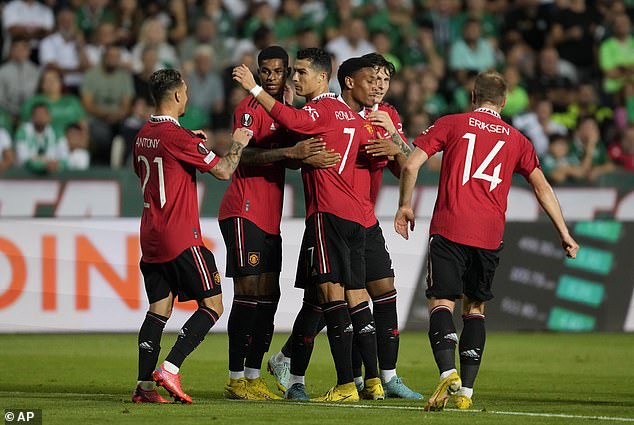 However, since then, United have impressed and are eight games unbeaten in all competitions

He added: ‘Last time, a few key players dropped a little bit, training sessions were not as high. You tell them and tell them, but you don’t feel it. What else can you do?

‘That’s why I said, “You are geniuses guys, you are really good, because you are still there.”

‘You could be [thinking], “I’m not starting enough, I’m OK, we won back to back, just focus on the Champions League, because now I’ve already won four Premier Leagues, why do I have to play more?” It’s completely the opposite.’