Pep Guardiola says Manchester City may decide to spend over £100m on one player in the future but remained coy on speculation linking the club with Erling Haaland.

Borussia Dortmund striker Haaland is one of Europe’s hottest prospects. His agent Mino Raiola travelled to Spain this week with the player’s father to discuss terms with Real Madrid and Barcelona about a potential transfer.

City have also been strongly linked with the 20-year-old but Guardiola recently said it is unlikely the club will sign a striker this summer to replace the outgoing Sergio Aguero, with the prices being quoted for top talent making it “impossible”. 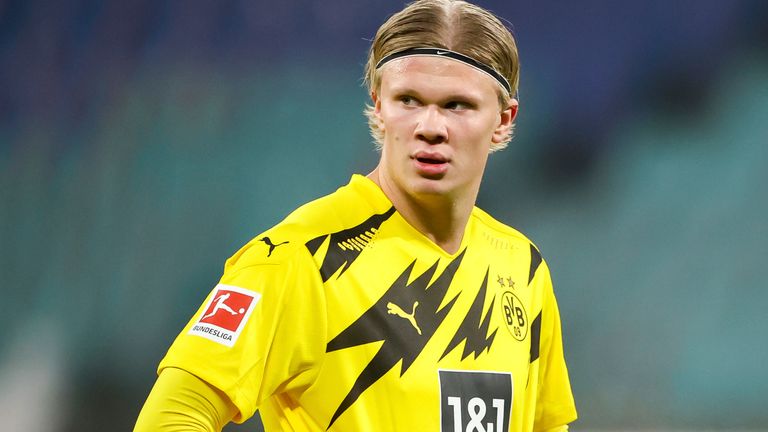 Despite their considerable financial backing, City are wary of Financial Fair Play rules and Haaland’s valuation of more than £100m may price them out of a deal. Their transfer record remains the £65m they paid to sign Riyad Mahez from Leicester in 2018.

Asked if he can see City spending £100m or above on a player, Guardiola said ahead of Tuesday’s Champions League quarter-final first leg against Dortmund: “So far the club have decided not to spend close to £100m or more than £100m for a player.

“Maybe in the future, it’s going to happen when the club decide it’s necessary to improve the team for the next five or 10 years.

“But so far the club, the organisation, the CEO, the sporting director, have decided not to do it and that’s why they haven’t done it. Maybe in the future, I don’t know.”

On the potential value of Haaland, the City boss added: “I don’t know. It is a question for Borussia Dortmund and his agent.

“I understand people ask about Haaland, he is an exceptional striker, but it is not appropriate for me to talk about him.”

City are through to the last eight of the Champions League for a fourth year in succession but have been knocked out at this stage in each of the past three seasons.

Their pursuit of an unprecedented Quadruple continues but Guardiola insists their form in other competitions is not relevant ahead of their quest to make history.

“Why should we win the other competitions just because we are leading the Premier League?” he said.

“The only concern is to try to win the game. Win this game and after comes Leeds, and after we go to Dortmund to win that game.

“If we play good and deserve it we go through. If not, we will try next season.”