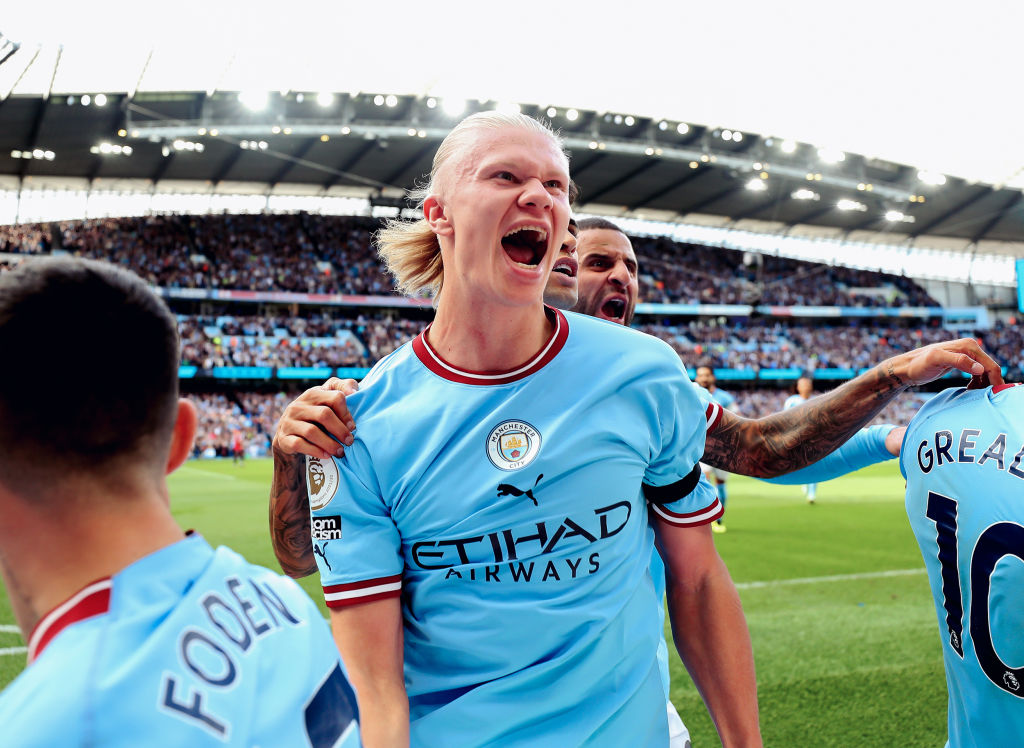 Erling Haaland will not play in Manchester City’s Champions League game on Wednesday night as he continues to recover from ankle ligament damage.

The Norwegian was not in the squad as the Premier League champions beat Leicester City 1-0 at the King Power Stadium on Saturday lunchtime.

He was taken off at half-time in the Champions League draw with Borussia Dortmund earlier in the week and did not recover in time for the trip to Leicester.

He will not be playing this midweek seen as City have already guaranteed top spot in their Champions League group, but Guardiola says their home game against Fulham on Saturday 5 November is a possibility.

Asked when his striker will return, Guardiola said: ‘I don’t know. He has ligament damage. He feels better, we will know more week.

‘He won’t play against Sevilla because we’ve already qualified and hopefully against Fulham he can help us.

‘If not he might play against Chelsea in the Carabao Cup.’

Guardiola will be happy to give Haaland a further rest in the coming days as he said the forward was not only suffering with his ankle problem at Dortmund, but also with tiredness and a fever.

After the draw in Germany, Guardiola said of Haaland’s fitness: ‘Three things: I saw him so tired. The second one he had a bit of a fever. The third, he had a knock in his feet. That is why he wasn’t able to play in the second half.’

After Fulham, City host Chelsea in the EFL Cup on 9 November, before playing Brentford at the Etihad in the Premier League three days later.