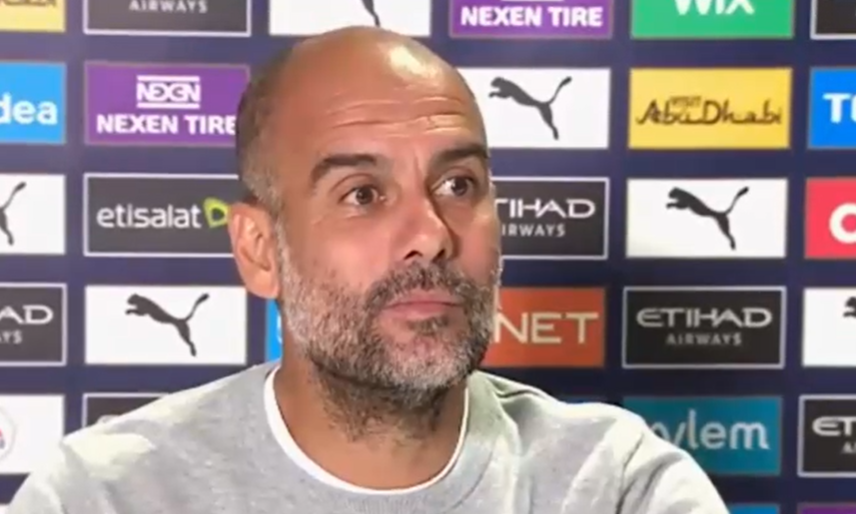 Pep Guardiola insists he is powerless to convince Cristiano Ronaldo to join Manchester City and claims the Portuguese superstar will ultimately be the only person who will determine his future.

The Premier League champions’ summer-long pursuit of Harry Kane ended earlier this week after the Spurs talisman admitted defeat in his attempts to engineer an exit from his boyhood club.

Tottenham’s refusal to business has forced City to seek an emergency alternative and are ready to pounce following Ronaldo’s decision to lave Juventus.

Max Allegri confirmed earlier on Friday that the 36-year-old had informed him of his decision to quit the Italian giants and join a club capable of challenging for the Champions League this season.

City, especially following the £100m signing of Jack Grealish, certainly fit that bill but the likes of Paris Saint-Germain and Manchester United are also understood to be in the running.

Speaking ahead of Saturday’s Premier League game against Arsenal, Guardiola said: ‘I cannot say much. Harry Kane announced he is continuing to his club, an exceptional club like Tottenham.

‘Cristiano is a Juventus player and I can’t say anything else. All I can say in these three, four days left of the transfer window anything can happen.

‘Right now I am more than delighted with the squad we have and we will stay the same.

‘I say the same; Cristiano will decide where he wants to play, not Manchester City, not myself. There are many things that are far away.

‘We have had the chance to enjoy the best two players in world football – all we can say is thank you. The Portuguese and Argentinian guys – what they have done, honestly, we will not watch something similar in the future.

‘I am incredibly happy with the squad I have. More than satisfied. We are the same guys except Sergio left and Jack arrived. I focus on what we have to do and the players we have right now.’