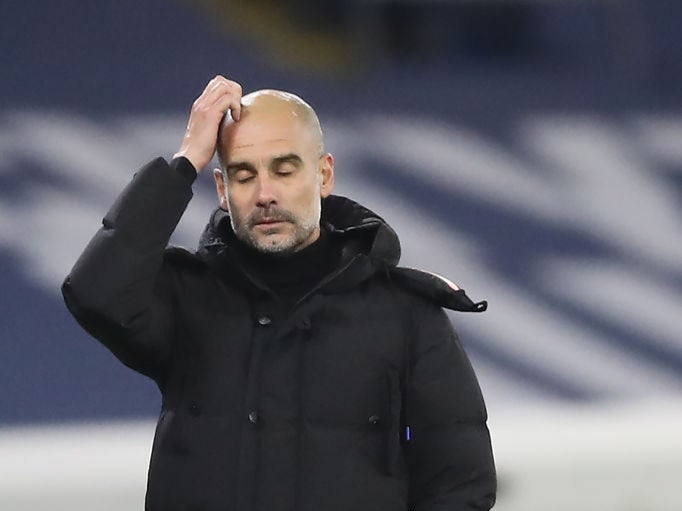 Guardiola was at a loss when attempting to explain the result. “We played incredible,” he said. “One of the best games we’ve played in our time together. We played good, but unfortunately we could not win.”

Fast forward to the present day and some things have changed.

For one, back then, draws felt like defeats. City’s margin for error had been tiny the season before – so tiny, a 2-2 draw at home felt like losing ground in the title race, even if it was just one slip-up.

And in fact, yes, they had lost ground. Liverpool moved ahead of City that weekend and never relinquished their lead.

This season is different. City have drawn as many games as they have won – five apiece, plus two defeats – but they remain within reach of the early pace-setters and have a game in hand to play over most of their equally flawed rivals. They are still in the title race.

But while some things change, others stay the same and Guardiola is no closer to explaining why his players still have days like that day against Tottenham, when they dominate but drop points.

“I wanted to win and we couldn’t do it,” he said, glum and despondent after the 1-1 draw with West Bromwich Albion.

City had 26 shots on goal on Tuesday night, including two gilt-edged late opportunities for Ilkay Gundogan and Raheem Sterling, but could not get the better of man-of-the-match West Bromwich goalkeeper Sam Johnstone.

“We had chances but unfortunately we were not able to score goals, especially in the last three or four actions we had,” Guardiola added 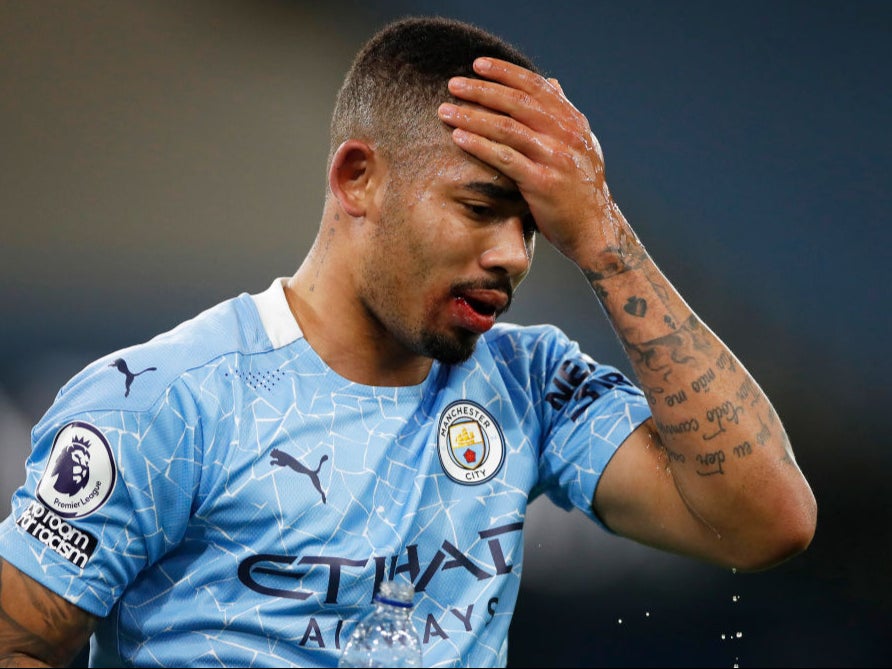 He was asked several times, across various post-match interviews, to explain this wastefulness in front of goal and City’s wider attacking problems during their slow start to the season. His answers went around in circles.

What was missing? “Scoring a goal.” Why are City struggling to do that? “Because you have to shoot one ball inside the net.” Why have they found it easier in previous years? “Because we cannot score goals.”

Guardiola’s theories are more detailed than he is letting on and he simply isn’t willing to expand on them fully in public. Instead, he held a meeting with his squad this week to discuss where they can improve in attack, how they can create more chances and what they must do to become more clinical.

But whatever was said in those meetings, they did not produce immediate results.

In fairness to Guardiola, this is not an issue that affects every single City performance. In fact, his side had the most efficient shot conversion rate in the Premier League last season alongside Liverpool and – checks notes – Arsenal. The chances they created were among the best, too.

But isolated, freak bouts of poor finishing are still their undoing every now and again.

It wasn’t always this way. During their first title-winning campaign under Guardiola, City out-shot their opponents in an incredible 36 games and only dropped points in five of those matches. In Guardiola’s second title-winning year, they dominated 35 games and again, failed to win just five.

City dominating the opposition but dropping points – just as they did in this draw with West Bromwich – has been an issue for more than a year now. If anything, is becoming a more regular occurrence.

It is a problem that began with that Tottenham game at the start of last season and one that Guardiola appears no closer to solving.