PETER CROUCH: Set-piece gurus are all the rage and Ralf Rangnick spends so much time on dead balls, while Sir Clive Woodward once pondered hoisting me up in a rugby-style lineout – but that wouldn’t work… would it?

Friday was always set-piece day. Twenty-four hours before a match, working on our defensive shape and how we plan to attack at corners.

It will be the same up and down the country now. Around 22 per cent of all Premier League goals this season have come from dead balls, and that number does not include penalties. They remain as important as ever.

The final session, a day out from battle, gave you a feel for corners that could prove decisive. The starting XI would be known by this point and we would line up for set-pieces against the substitutes and kids. 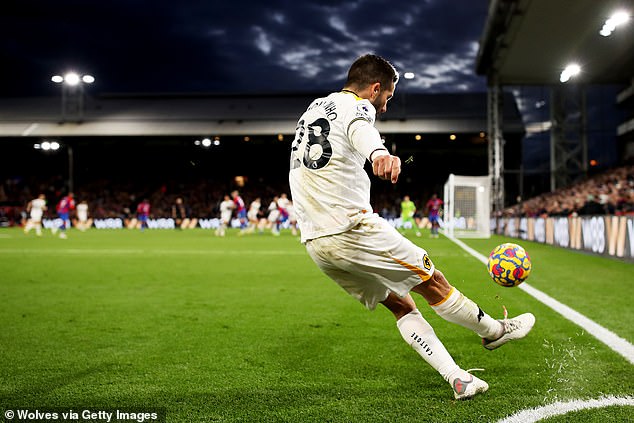 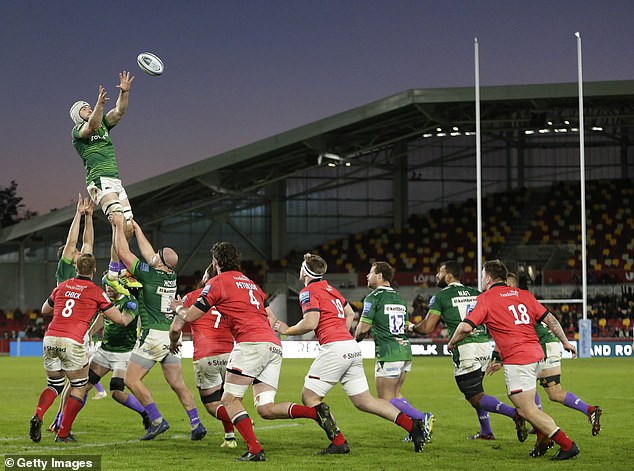 There is an unwritten rule among players that the reserves don’t really try that hard. You don’t really want a try-hard coming at you on a Friday. You don’t want elbows in the ribs. It’s just designed to get you in the zone for the situations to come. A bit of muscle memory.

Step forward, Philipp Wollscheid. Philipp was one of our German centre halves at Stoke City. He was named on the bench for the next day. This one Friday, he really — really — wanted to score against us.

He kept barging through our defensive line, relentlessly, and constantly gravitated towards me. I was batting him off. Again and again.

Enough of this. It had become too much. It got to the stage where I ended up elbowing him in the face. Philipp kicks out at me. I had my fist in his face and was so close to punching him. I pushed his face with my fist, and it looked like the worst punch of all time! A terrible scrap. 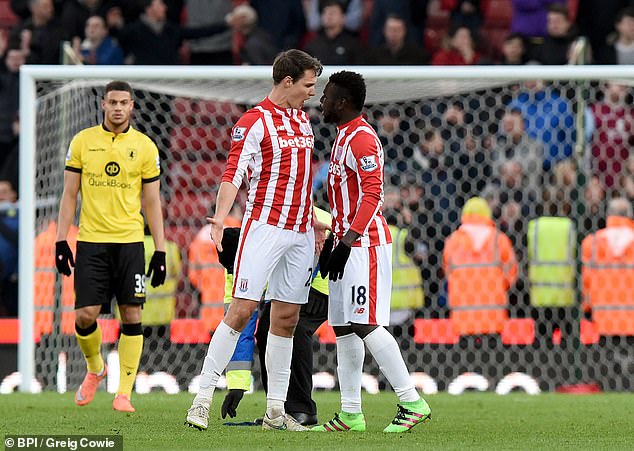 Stoke defender Philipp Wollscheid (picture clashing with former team-mate Mame Biram Diouf in 2016) once got nasty in training with me during corner practice – and we nearly had a fight!

Philipp walked inside afterwards, not happy and asking Ryan Shawcross and the manager, Tony Pulis, to fine me. A bizarre moment, actually one of the more bizarre I’ve been involved in. These things happen at set-pieces! It was quickly forgotten about.

That work on the training ground — silly scrapes aside — is crucial for every single one of those teams in the division, whether you’re Manchester City or Norwich.

Manchester United’s new interim manager, Ralf Rangnick, has said in the past that he dedicates almost a third of his time to set-pieces. It is fair to assume that Rangnick knows what he is talking about.

A lot of it is around statistics. Look at how many times the ball goes out of play. Why would you not work on that? That is why the benefits of a throw-in coach are obvious. It’s a simple thing that doesn’t take long to perfect.

You know how much of a threat it was for us at Stoke with Rory Delap. Teams were booting balls out for corners so Rory couldn’t get his hands on the ball. But even the short ones can be trained, the ideas with little movements to engineer advantages. 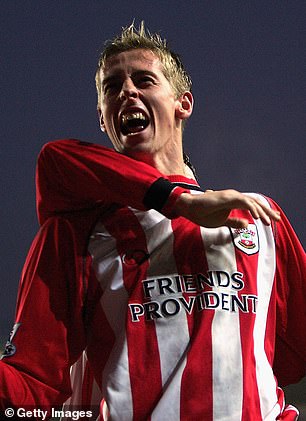 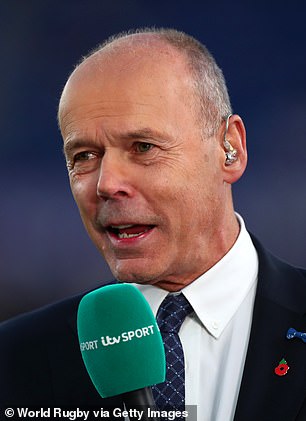 England’s Rugby World Cup winning coach Sir Clive Woodward (right) was appointed technical director while I had a spell at Southampton, and speculated on using rugby-style lineouts for football set-pieces

We’ve seen the rise of specific set-piece coaches in recent years, whereas back then a lot of the time the manager would entrust a goalkeeping coach to set up how we defend them. The assistant manager would probably look at attacking.

It has become more specialised, although that almost went a step too far when I was at Southampton.

Sir Clive Woodward was appointed technical director in 2005 and the local paper thought the best way to mark this occasion was to doodle a cartoon of Yours Truly being hoisted by two team-mates from a corner as if I was rising at a lineout. Fair play to them, very amusing.

Clive — who allegedly believed we should be scoring from eight or nine corners out of 10 — has since said that he saw that cartoon and wondered if it was actually possible. I remember some chat that he had floated the idea around the club. He apparently asked if it was illegal. I’m guessing it isn’t. Presumably we’ll never know.

I cannot believe I’m even discussing this, but the reason it wouldn’t work is that — as someone who has headed a few balls and scored from some of those — you need perfect trajectory. 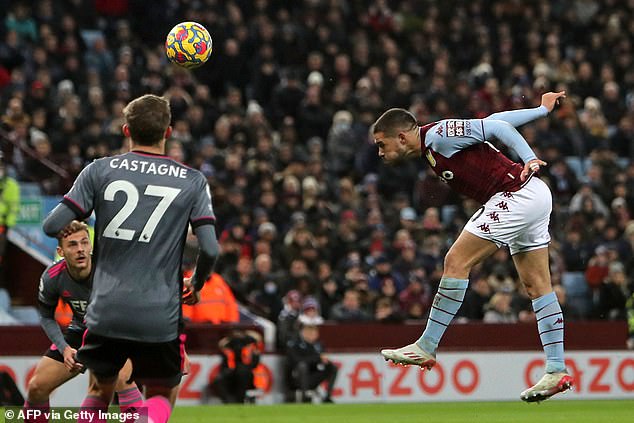 A rugby-style lineout could never work in football, it’s all about being able to adjust the body

You have to adjust your body to the cross, it’s about the run and flexibility. You can’t move if somebody’s lifting you up! That ball has to literally land right on your head.

Look, it’s a ridiculous idea. But back then, if somebody said to you that players would be lying down behind a wall as draught excluders from free-kicks, you would walk off. I would not have fancied that job but, then again, I’d have covered the entire wall. Probably sticking out both ends. Watch your head, Peter.

While we’re on the topic of draught excluders, there is something I need to get off my chest.

Lionel Messi being asked to assume that position at Paris Saint-Germain earlier in the season: it’s just not right. Demeaning. Poor fella. Hopefully PSG didn’t have the great man practising those the day before.

Another late, late show to go with the rest of them for cult hero Divock Origi, who will be loved at Liverpool for ever. Do not underestimate what a tough gig he has there, with only 34 league starts in six and a half seasons.

There is always this assumption about these players that they’ve no desire to play. People put you down. That goal at Wolves could potentially win Liverpool the title. Add it to scoring in a Merseyside derby. Scoring against Barcelona. The Champions League final.

It takes a special character to accept that role. It’s hard, there are a lot of dark days.

You’re going in to train the day after a game when everyone else is warming down. You’re in when they’re off. You’re playing training ground games in front of nobody to maintain fitness. 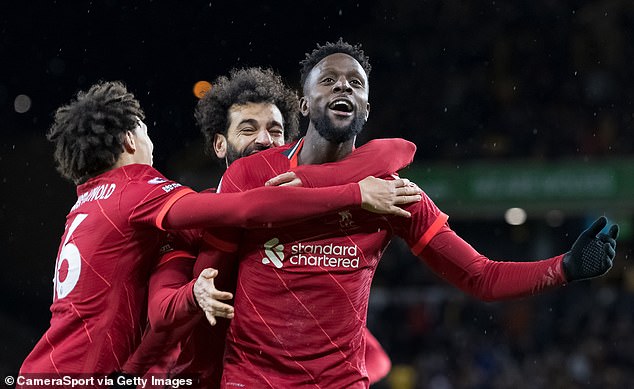 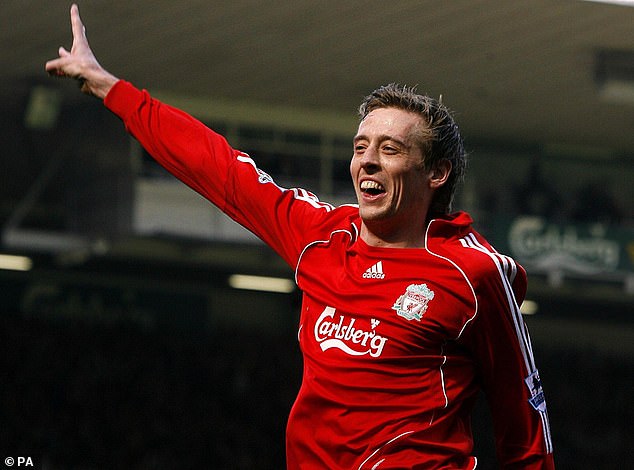 I know what it’s like to make an impact as a substitute. Origi could leave and play every game elsewhere. But he’s coming on and scoring massive goals for a huge club.

I sometimes regret leaving Liverpool when I was second fiddle to Fernando Torres. Thankfully I got those big games back at Portsmouth and Tottenham in Europe but leaving Anfield is a hard thing to do.

Ultimately, the game time is why I left. I was playing for England and wondering about my place with them. Thankfully it worked out, but the grass isn’t always greener.

Footballers and social media has been a hot topic this season and I’ve been annoyed about the generic chat for years. The ‘back strong’ tagline on my podcast all stems from these posts after games. ‘Fans were terrific, sorry for the bad performance today, back stronger next week.’ Do me a favour.

I couldn’t stand it when I was playing and I cannot stand it now. There is no authenticity. It’s embarrassing.

I saw the clip of the Manchester United chief executive of media the other week, talking about monitoring fan sentiments online and working with the players on messaging.

Honestly, what can you say to that? This is how it is now. 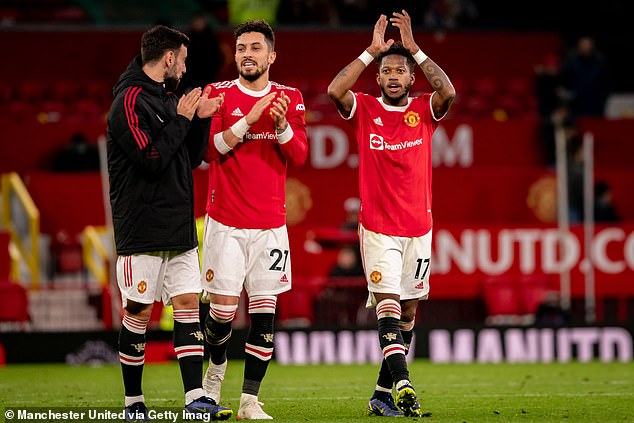 The only reason I joined Twitter was to have a bit of a laugh. Maybe it’s just me, but I don’t want to follow somebody’s social media manager. I’d rather not follow the big players who have someone behind them at the controls. What’s the point?

There is so much good that comes from social media but the boring chat, the apologies, can get in the bin.

And I watched players fool fans on a regular basis. At Stoke when we got relegated, there were players not pulling their weight at all. They weren’t even doing their laces up at training. They’d then go home and post videos of themselves running upstairs with their personal trainers. I saw this happen first-hand.

Supporters would point to these clips and ask why they weren’t being picked at a weekend. Well, I can give you some ideas if you want. What I saw were disgraceful attitudes and it wound me up to the point that I was glad that I retired when I did.