Inter Miami are close to appointing Phil Neville as their new head coach.

The MLS side, who are part-owned by Neville’s former Manchester United team-mate David Beckham, are expected to finalise the appointment in the next week.

Neville will leave his role as England Women’s head coach, a position he has held since 2018, when he joins Inter Miami.

The Football Association is then expected to appoint a caretaker manager to succeed Neville before Netherlands Women head coach Sarina Wiegman takes the role on a permanent basis in September.

Wiegman will remain in her current role with the Netherlands for this summer’s rearranged Olympic Games in Tokyo before joining England later this year.

Neville was expected to be named as head coach of Great Britain’s Women’s football team for Tokyo prior to his discussions with Inter Milan.

However, the FA will now begin its search for an alternative head coach. 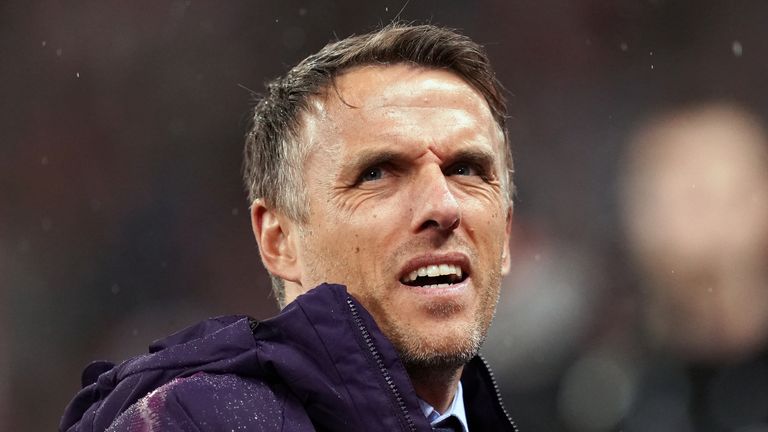 Neville is set to join Inter Miami as a replacement for Diego Alonso, who was sacked as manager on Thursday.

Under Alonso, the club finished 10th in their first season in the Eastern Conference with seven wins, three draws and 13 losses, while they were eliminated from the MLS Cup play-offs in the ‘play-in’ round.

Alonso said: “Going through the journey of this inaugural season with Inter Miami has been an incredible experience, and I am thankful to the ownership group for the opportunity.

“I want to thank the staff for their work and friendship, the players for their efforts on the field, and especially the fans for their constant support throughout the year. I wish everyone the best this upcoming season.”