A pitch invader briefly disrupts England’s Euro 2020 final against Italy at Wembley as he caught stewards off-guard, sprinting away from a chasing steward to cheers from the crowd before eventually being caught

A pitch invader briefly stopped play in the latter stages at Wembley as England played Italy in the final of Euro 2020.

The man stumbled down to pitchside before catching stewards in the area unawares in the 87th minute and hurdling the advertising hoardings to reach the pitch as he sprinted away from a chasing steward.

The fan was cheered on as he temporarily evaded capture before eventually being caught. 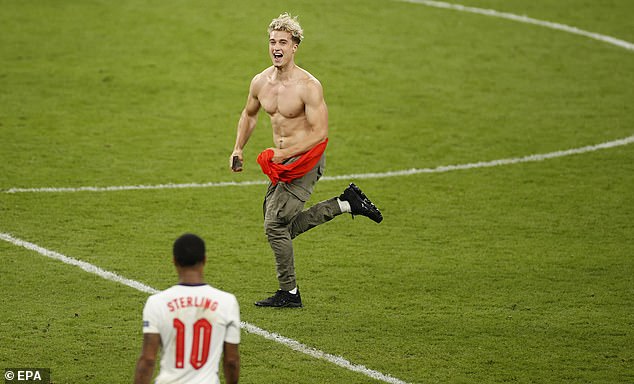 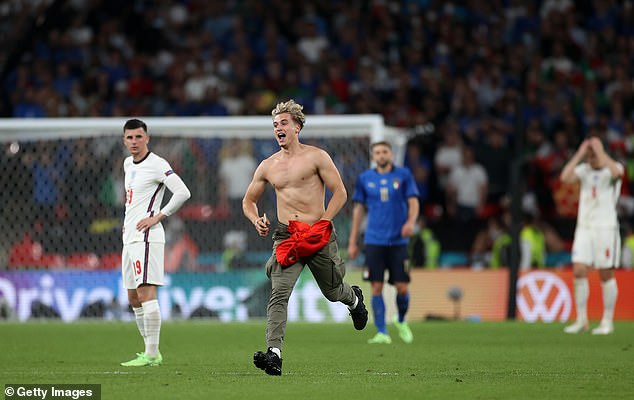 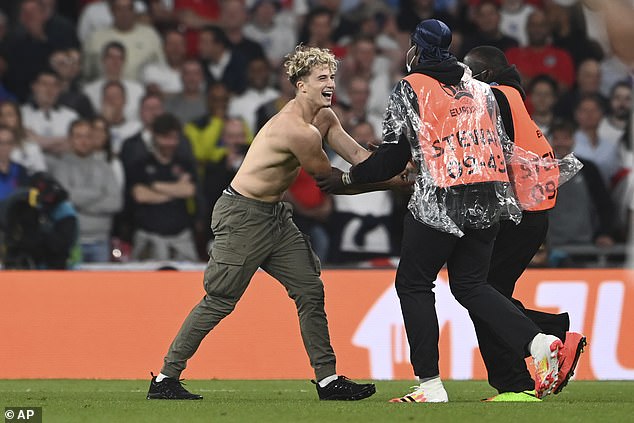 BBC commentator Guy Mowbray said: ‘Somebody will be going home much sooner than they wanted to I suspect. It’s not what anybody wanted.

Marco Verratti seemed to find the funny side, while Harry Maguire looked on in frustration.

John Stones had possession before play was stopped as referee Bjorn Kuipers dropped the ball at the Manchester City centre back’s feet to restart.