Mauricio Pochettino seeking solace in TV show House of Cards with Tottenham standing on brink of Champions League elimination: ‘I learn a lot from this series… sometimes football is so political and it’s going in this direction’

With Tottenham teetering on the brink of Champions League elimination, the Wembley pitch under scrutiny and with injuries stacking up, Mauricio Pochettino sought consolation in his favourite political drama.

‘Yes, it is a weird season,’ said Pochettino as he prepared for Tuesday’s European showdown with PSV Eindhoven.

‘But I am so happy because I’ve started the new season of House of Cards. I have watched three episodes and I can recommend it.’ 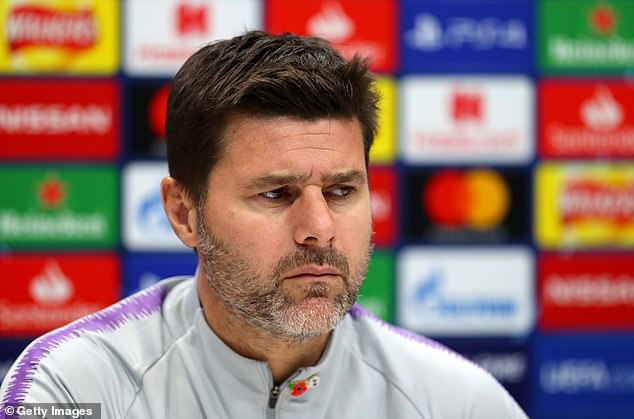 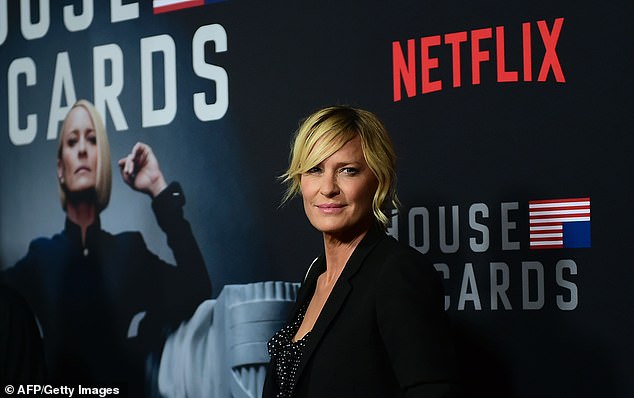 The Spurs manager has sought solace in the political drama of late, which features actress Robin Wright (pictured) as its main protagonist

He was even prepared to concede there were similarities in the tangled tales of intrigue and power snatches on Netflix and his life as manager of Spurs.

‘It’s similar, eh?’ said Pochettino. ‘I learn a lot from this series. It represents very well how we sometimes are. Sometimes football is so political and it’s going in this direction.’

Perhaps he had been reading the leaks about five Premier League rivals accused of plotting a breakaway European Super League.

Tottenham have already encountered unfamiliar complications to this campaign including a driving ban for captain Hugo Lloris, a rare failure to sign anyone in the transfer market and nagging delays to the new stadium.

Nine key players missed pre-season because of success at the World Cup and an injury-ravaged squad is also without Lloris as the goalkeeper serves a ban for a red card in a 2-2 draw at PSV, two weeks ago. 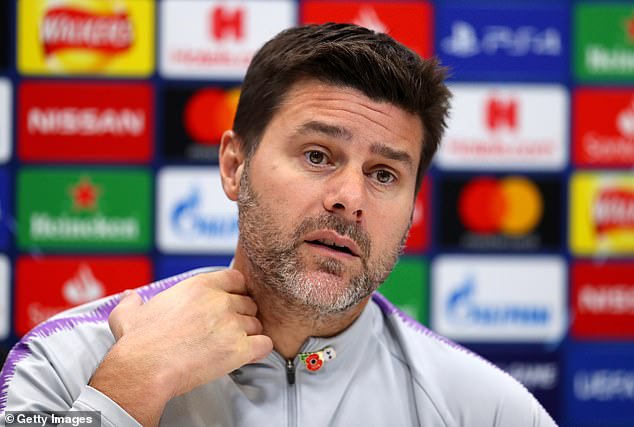 Spurs have taken only one point from three games in Group B and will go out if they fail to win at Wembley tonight and Inter beat Barcelona.

At least Lionel Messi’s return ahead of schedule from injury may help part of the equation. ‘We need to do our job,’ said Pochettino. ‘We know we need to win to be alive. We still have the possibility.’

The search for a miracle escape is a far cry from last summer and an advertising campaign which boasted how the £850million stadium at White Hart Lane would be the only place to watch Champions League football in London.

Tottenham should have been installed in their fabulous new home by mid-September but are now looking at next year by which time they may be in the Europa League with Chelsea and Arsenal. 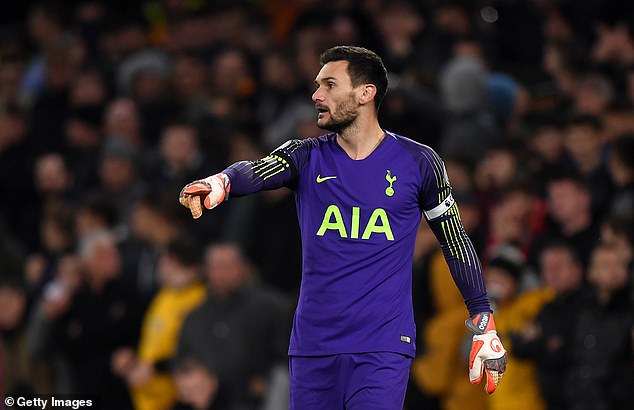 They are set to be without nine players for the game, including goalkeeper Hugo Lloris

‘We are all disappointed we’re not playing Champions League in the new stadium,’ said Pochettino. ‘It wasn’t in our hands to deliver it. It was complicated because of many things we couldn’t manage.

‘When you build a house or an extension it’s always difficult to say when it will be finished.

‘We feel sorry and painful for our fans, but for us too. Every day that goes on it is more expensive for the club, but the person who is most worried and feels most sorry for not delivering on time is the chairman. It’s very painful for him.

‘All we can do is help by winning games. If we can win against PSV and have the possibility of going to the next stage then maybe we can play in March in the Champions League in London.’ 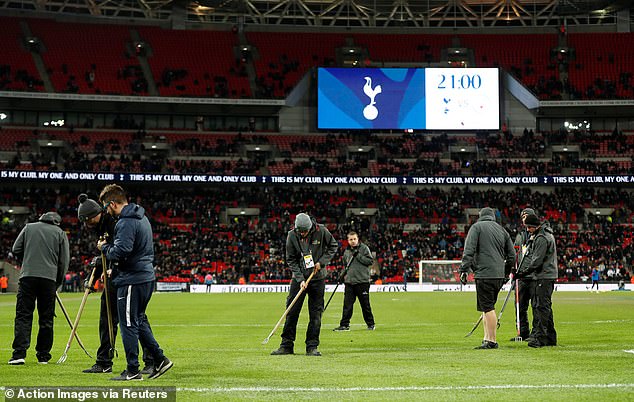 The pitch at Tottenham’s temporary home, Wembley, is also currently under intense scrutiny

They continue to lodge at Wembley but the pitch has been damaged by boxing and the NFL season and UEFA are clearly unimpressed and made a point of inspecting the surface before PSV trained there.

‘I think the pitch has improved a little bit,’ said Pochettino.’ They are working so hard to improve it. I’ve seen a few pictures and it looks better but the condition will be the same for both teams so we cannot complain.’