Premier League chiefs are in support of Covid certification in order to get stadiums back to full capacity as soon as possible. The league’s bosses have teamed up with several other sports to write to the Government this week.

Elite-level football has joined forces with rugby, cricket, tennis and Formula One with a letter sent to Prime Minister Boris Johnson to discuss the need for venues to be filled with fans once more.

The decision-makers in each sport are all behind a move to abandon social distancing, as per the Government’s roadmap out of the COVID-19 crisis, from June 21 and want Covid certificates, also referred to as Covid passports, to be adopted.

That is because they have warned elite sports will not be able to survive the crippling financial impact that the coronavirus lockdowns have had even if 25 per cent capacity crowds are allowed.

Instead, it is hoped that major British sporting events like Wimbledon, starting June 28, and the British Grand Prix on July 18, will be packed out with fans.

The Premier League, Rugby League and Rugby Union also want a return to sold-out arenas while it is hoped Wembley will be able to house thousands of fans for the rescheduled Euros this summer. 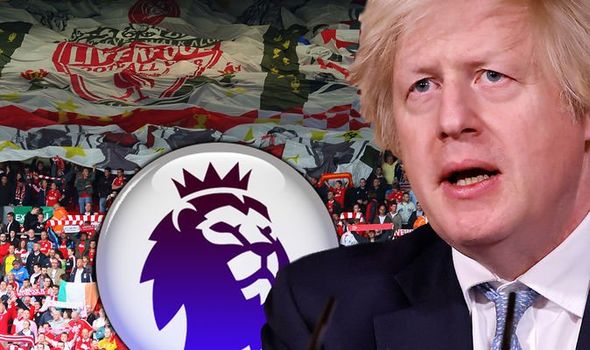 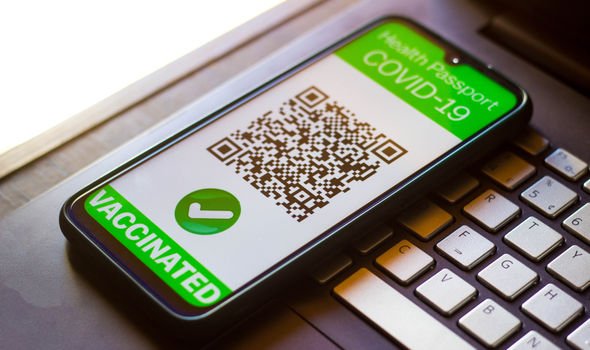 England are due to play all three of their Euro 2020 games at Wembley against Croatia on June 13, Scotland on June 18 and the Czech Republic on June 22.

UEFA have given the green light for England’s home stadium to welcome around 25 per cent of fans to Wembley – around 22,000 – for Euro matches but with Government approval, that number could increase.

The English Football League and the Football Association have also teamed with the Premier League to sign the letter, which has been co-signed by 10 sporting bodies.

They have warned the Government that they need sufficient time to “plan efficiently and effectively” for the major sporting events scheduled this summer as they seek to deliver the “great sporting summer the whole nation craves”.

As such, they are in support of Covid certification that show people have been vaccinated, have returned negative tests or have immunity status.

The Government have said Covid passports could “provide reassurance” and will “likely become a feature of our lives”, with a taskforce fronted by Michael Gove to review whether they could be used to reopen the economy and reduce restrictions while ensuring public safety. 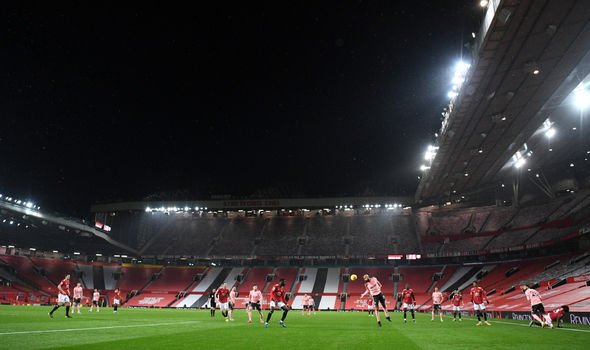 It is hoped by the Premier League and other sporting bodies that such certificates will allow crowds to return in bigger numbers after June 21.

All the sports are also backing test events being carried out by the Events Research Programme, with the scheme to help enable the safe return of mass gatherings at indoor and outdoor venues across the country.

The Premier League already plan to welcome back up to 10,000 supporters for the final two rounds of matches of the current campaign.

The league’s chief executive Richard Masters warned last month: “Towards the end of this season we’ll get towards £2bn lost since the start of the pandemic in match-day and broadcast revenue,” said Masters.

“Clubs have continued to invest in competitive match-day squads and the Premier League has continued to make good all of its contributions throughout the pyramid and wider football.

“But the ramifications are that ultimately if there’s less money coming into football, then there’ll be less money going out in the short term.”

The Premier League are also hoping supporters will be back in their numbers for the start of the 2021-22 season, which it has been confirmed will start on August 14 of this year and will conclude on May 22 of next year.

Around 8,000 spectators will attend the Carabao Cup final at Wembley on April 25 with it thought 2,000 fans of each club will be in attendance alongside 4,000 local Brent residents and NHS staff.

Certification is expected to be trialled at the FA Cup semi-finals and final, which will also serve as test events, and at the World Snooker Championship at the Crucible Theatre in Sheffield.

As many as 21,000 fans could attend the FA Cup final while the World Championship will have around 1,000 fans per day from April 17 to May 3. 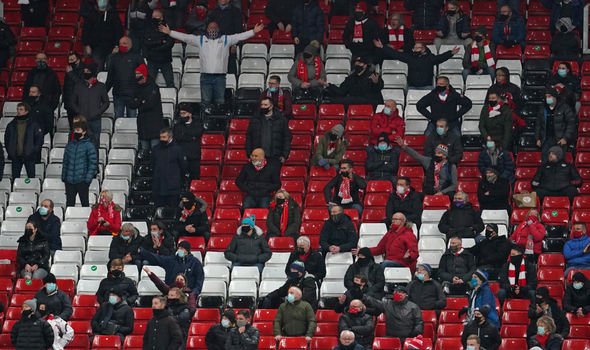 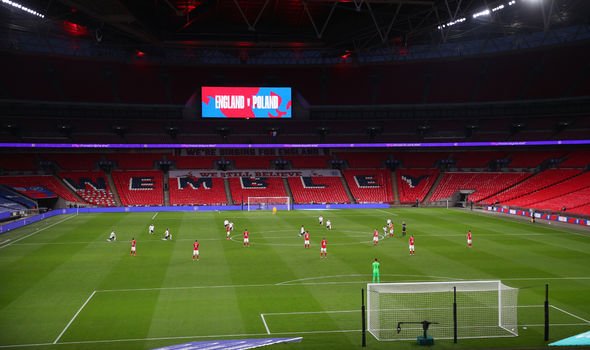 The letter, signed by the All England Club, the EFL, the ECB, FA, Lawn Tennis Association, Premier League, RFU, Rugby Football League, Scottish Professional Football League and the Silverstone Circuit, reads: “The return of fans will give a huge boost to millions who enjoy a day out at a sporting event with their friends and families and be of great benefit to the economy.

“It is right that every possible action is considered to secure this outcome as soon as possible, but only for as long as an unrestricted return is considered unsafe to fans, match-day staff and the wider public.

“This includes investigating how a Covid certification arrangement could reduce and then safely remove the requirement for social distancing.

“There are many issues to be addressed including how the technology would work and its ease of use at major events, for both the attendees and the organisers.

“It is important that we have certainty as soon as possible on the form this guidance will take so we can plan efficiently and effectively with many big sporting events scheduled for late June and onwards.

“We look forward to working with Government and all interested parties, including our stakeholders and fans, to deliver the great sporting summer the whole nation craves.”