The monthly Kings of the Premier League show returns on Sky Sports this Friday with another all-star line-up on the panel.

Sky Sports presenter Adam Smith and two guests build an ultimate XI from the top-performing players over the past month, armed with stats-based rankings and votes from the fans.

The pair will be pitting stats against gut, comparing results from the statistical Power Rankings with fans’ votes for Kings of the Match on the Premier League website.

The guests disagreed on several selections before being forced into a decision and provided opinions on several of the hot talking points right now.

Do the Premier League’s statistical leaders make the cut in this month’s XI, or do the fans’ favourites earn starting berths? Tune in to Sky Sports Premier League at 7pm on Friday to find out. Arsenal’s Alexandre Lacazette has topped the form chart after scoring his fourth goal in as many games with a double during the 4-0 win at West Brom, with team-mates Bernd Leno (No 7), Kieran Tierney (No 12) and Bukayo Saka (No 14) also charging up the chart. 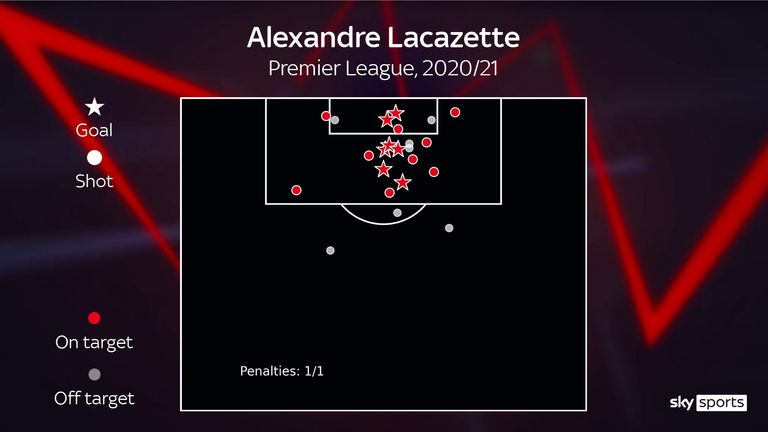 West Ham midfielder Tomas Soucek climbed into the runner-up spot with his fourth goal in seven league games in the 1-0 victory over Everton at Goodison Park, having headed home a late leveller against Brighton 10 days earlier.

Anwar El Ghazi (No 3) tumbled from the summit but still led his team-mates at high-flying Aston Villa following their 2-1 defeat at Manchester United, ahead of Bertrand Traore (No 5), Emiliano Martinez (No 9) and Jack Grealish (No 11).

Manchester United talisman Bruno Fernandes (No 4) retained his customary place among the elite performers after scoring a match-winning penalty at Old Trafford, while team-mate Marcus Rashford slipped six places to No 8.