FIFA President Gianni Infantino says the 2022 World Cup must be played in just 28 days even if it is expanded to 48 teams.

That would likely require six games to be played on some days in order to fit the full 80-game format during the tighter schedule brought on by switching the tournament to November 21-December 18 in Qatar.

FIFA will make a decision in March on whether to expand the tournament from 32 to 48 teams. 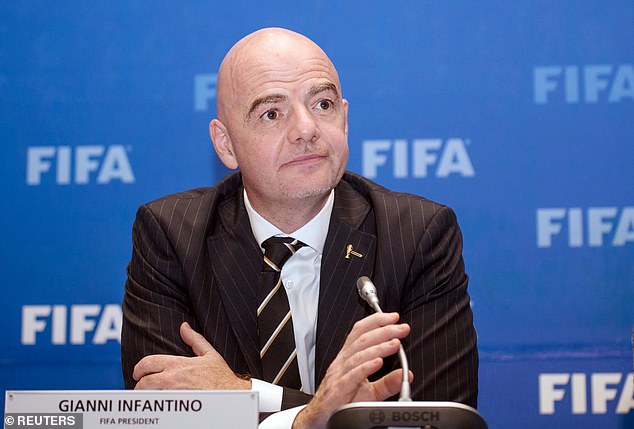 European leagues, who are already set to lose peak weeks from their season, insist FIFA cannot have any more days from their November 2022 schedule.

Infantino told reporters at FIFA headquarters that ‘we cannot make (the tournament) longer.’

He added that playing more games simultaneously ‘is not ideal.’

With Qatar unable to host a 48-team event alone, Infantino acknowledges there’s only a ‘certainly small’ chance of sharing the World Cup with neighboring countries.