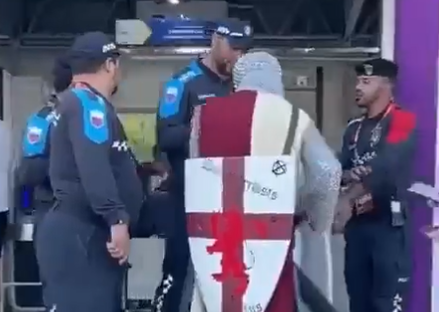 England fans have been urged not to dress up as St George at the World Cup after two supporters were prevented entry to the Khalifa International Stadium ahead of the Three Lions fixture against Iran on Monday.

Leading anti-discrimination charity Kick It Out warned prior to the tournament that fancy dress representing ‘knights or crusaders’ would likely be unwelcome in Qatar and offensive to Muslims.

For many years England supporters, across a range of sports, have warn suits of armour and brought fake shields, painted with the cross of St George, as well as swords, to matches.

After footage emerged of supporters being ushered away from the stadium by Qatari police, Kick It Out issues a fresh reminder to those attending future games, starting with Friday’s clash against USA.

‘We would advise fans who are attending FIFA World Cup matches that certain attire, such as fancy-dress costumes representing knights or crusaders, may not be welcomed in Qatar and other Islamic countries,’ a spokesperson said.

‘Foreign Office travel advice issued before the tournament expressed that fans should familiarise themselves with local customs, and we would encourage fans to take this approach.’

Iman Atta, director of Tell Mama, a UK project monitoring Islamophobic hate, meanwhile, added: ‘Our fans should be mindful that there are things that may cause offence to Qatari citizens, such as openly drinking or wearing historical Crusader Knights Templar outfits that have very negative implications in the region.

‘We also know that this is not done to purposefully irritate Qataris but out of a desire to support England.

‘However, we firmly believe in the principle that any World Cup should have an environment where fans can be open, enjoy what they want to wear and feel safe and secure.

‘This principle is one that we believe in – though in Qatar, people should just be mindful and aware of deep sensitivities.’

A number of England fans have been seen wearing the sort of fancy dress that has become synonymous with following Gareth Southgate’s team at major tournaments on the streets of Doha.

Ashley Brown, head of supporter engagement at the Football Supporters Association, insists traveling fans who continue to dress as St George never intended to be deliberately, 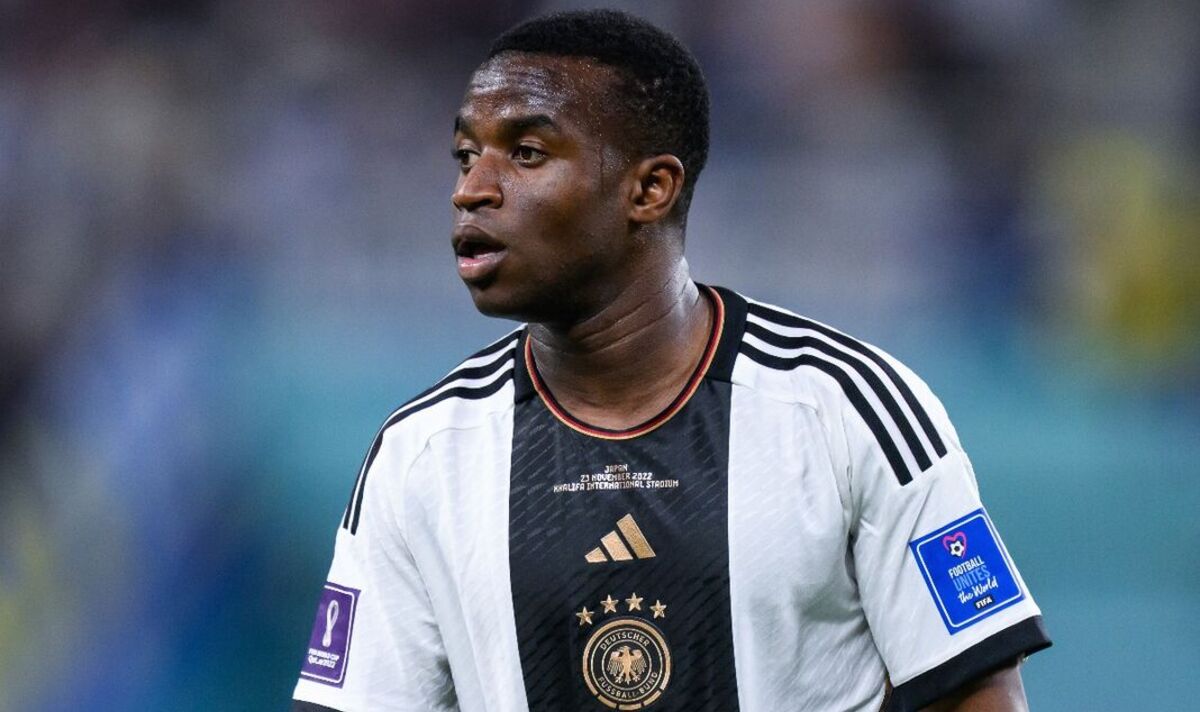