DOMINIC KING: Raheem Sterling and Harry Maguire left club woes at home as they starred in England’s 6-2 win over Iran… sometimes players need a break from the daily grind to reach old heights

Amid the flurry of goals and the fearlessness of youth, one little passage of play early in the second half made a lasting impression.

Harry Maguire stepped powerfully and purposefully away from his 18-yard line and drilled one of those passes that only professionals make — crisp, plenty of zip, and straight to Raheem Sterling’s feet.

The ball travelled at a great pace but the way Sterling dealt with the situation, it could have been wrapped in cloth and his boots could have had Velcro on the inside. It stuck instantly and the close control set him free. 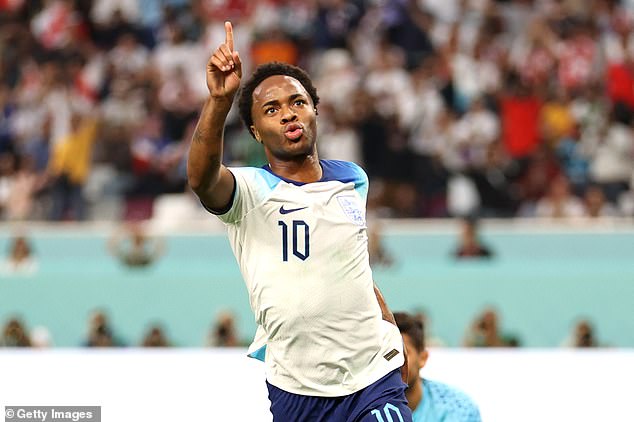 Sterling nudged the ball around the corner to Harry Kane, demanding it be returned instantly, and off he went, scuttling across the turf with that distinctive run — his chest puffed out and his feet moving at speed that suggested he was wearing roller skates.

Only some desperate defending prevented Sterling going all the way through to Iran’s goal but, on this occasion, the lack of end product didn’t matter. The big thing from these 20 seconds was the firm confirmation of what we had seen in the previous hour, namely that his confidence had returned.

Nobody could say they foresaw this. Plenty of critics wouldn’t have had Maguire anywhere near this England starting line-up, with the memory of his hapless night against Germany in September still fresh. Others would have had Sterling on the bench behind Bukayo Saka and Phil Foden.

Maguire’s campaign to this point for Manchester United has been wretched, with Erik ten Hag bouncing him out of the starting line-up and injury leaving him frustrated. The school of thought persists that he would be better served in the near future finding pastures new. 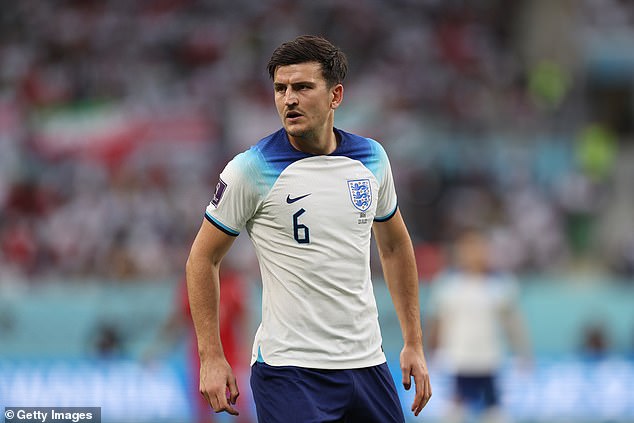 In London, meanwhile, Sterling has looked a shadow of his former self. The start under Thomas Tuchel was reasonable after his £50million move from Manchester City but his performances under Graham Potter, in positions that rarely suit him, have at times been lamentable.

So it was a big call from Gareth Southgate to place his faith in them. Trust doesn’t always get repaid when you are a football manager and it could quite easily have been a case that Maguire made a ricket that led to an Iran goal or Sterling had a game when he kept running down dead ends.

Not a bit of it. What we saw here was the phenomenon of country suiting players better than their club — occasionally, you get players who need a break from the daily grind to get to old heights and Maguire and Sterling, as with past tournaments, were central to the plot from the start.

It was in the opposition penalty box that Maguire began to make an impression, just failing to reach a Kane cross at the back post in the eighth minute then rattling the bar with a thumping header from Kieran Trippier’s corner.

He would start the move that led to Jude Bellingham’s opening goal, with another of those rasped passes, while a header down from a Luke Shaw set-piece allowed Saka to slam in the second with a volley that left him with a smile that lit up the stadium.

On the flank, Sterling was a persistent scampering nuisance, twisting and turning and making it obvious why he was always going to start. He got his 20th goal on his 80th appearance and ran away as joyously as he did when scoring his first against Lithuania in March 2015.

What a shame it was that Maguire didn’t get to finish his night after being substituted with illness — he looked very pale when leaving the stadium — and it is too early to say whether he will face the United States on Friday.

There is no question, though, that Sterling will lead the charge again. Of course, there is a long way to go in this tournament and nobody is saying this victory stamps England as potential winners. It is unarguable, however, that the sight of these stalwarts thriving was welcome.

Long may it continue.