Elite European coaching luminaries like Jurgen Klopp and Thomas Tuchel owe much of their outlook on the game to Ralf Rangnick, a man known by many as “The Professor” in Germany.

While he did not scale the heights of the game as a player, Rangnick’s talent for coaching was evident from a young age and he soon forged a respectable reputation for himself in Germany.

GOAL takes a look at which teams he has managed, the trophies he has won and his tactical philosophy.

Which teams has Ralf Rangnick coached?

Rangnick has coached a number of teams during his long career in football, working mainly in his native Germany.

He has been head coach at clubs such as Stuttgart, Schalke, Hanover 96, Hoffenheim and RB Leipzig.

As well as hands-on coaching, Rangnick has also served as a director of football for teams under the Red Bull enterprise, including Red Bull Salzburg, RB Leipzig and New York Red Bulls.

He has also worked with Russian Premier League team Lokomotiv Moscow in a managerial position.

Rangnick’s reputation in the game has seen him linked with major European clubs such as AC Milan, Chelsea and Manchester United, as well as the Germany national team.

How many trophies has Ralf Rangnick won?

Rangnick has won seven trophies at various levels across the course of his coaching career.

His most successful period in terms of silverware came during his time at Schalke, where he steered the club to a DFL Ligapokal in 2005, a DFB Pokal in 2010-11 and DFL Supercup in 2011. His tenure in Gelsenkirchen also yielded Bundesliga and DFB Pokal runners-up finishes in 2004-05.

Rangnick also won silverware at Stuttgart, where he earned his stripes, leading them to Intertoto Cup glory in 2000, having previously steered the youth team to the youth Bundesliga title in 1991.

You can see the trophies won by Rangnick below:

What is Ralf Rangnick’s coaching philosophy?

Rangnick is a proponent of the ‘Gegenpressing’ style of football that was popularised by the likes of Jurgen Klopp during his time as Borussia Dortmund head coach.

It is an approach which requires high-intensity pressing in order to keep pressure on the other team and win the ball back quickly, coupled with tight marking in defence in order to neutralize a counter-attacking threat early.

Rangnick has revealed that his “football epiphany” came during a 1983 friendly match against Dynamo Kyiv, then coached by Valeriy Lobanovskyi. “Kyiv were the first team I had ever come up against who systematically pressed the ball,” he explained. “That was my football epiphany. I understood that there was a different way of playing.”

He described his philosophy in a discussion with The Coaches’ Voice thus: “It’s about controlling the game. We have, in fact, five situations in the meantime that decide football games.

“You need to have, as a coach, a very clear idea of how we want to play when we have the ball ourselves.

“Number two is: what do we want to do if the other team has got the ball? What kind of gameplan to I give my players when the other team has got the ball? Our idea is clear. It’s very, very similar to my coaching friend Jurgen Klopp. Our Red Bull football is heavy metal, rock and roll. It’s not slow waltz. We hate square passes and back passes. Just having the ball ourselves doesn’t make sense.

“Then, of course, we have the set-pieces. This is highly important. If 30 per cent of the goals are being scored after set-pieces, how much percentage of our training time should we invest in set-pieces? Thirty per cent.”

Rangnick added: “It’s about putting the other team under pressure, no matter how high up [the pitch]. The higher up the better, but wherever the ball is, we try to win the ball back.

“Also highly important is ‘rest defence’. No matter if you are playing two or three central defenders, they have to make sure that the one or two players the other team has up front are being marked. They have to be closely marked, because if we allow them to control the ball, then we get the counter-attack ourselves.

“This is nothing less than a train the brain issue. This is what we call ‘rest defence’ and it’s a very important thing that you train this. Not only tell the player, but train it in the training sessions.” 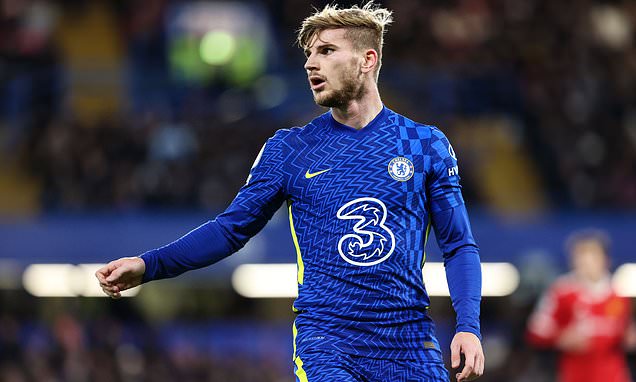