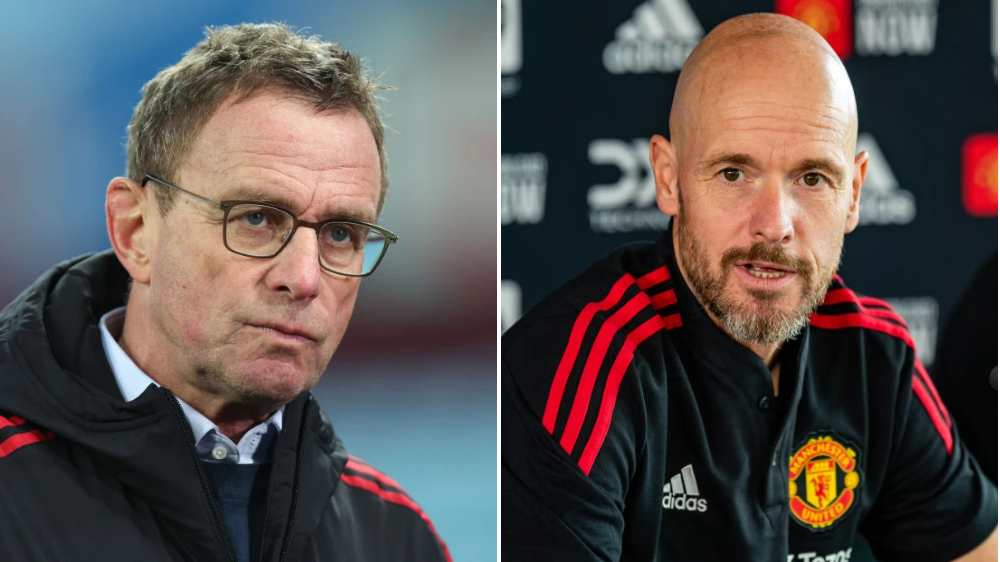 Ralf Rangnick was ‘astonished’ by some of Manchester United’s transfer business this summer and thought one pursuit was a joke invented by fans.

United had endured a poor start to the season under club legend Solskjaer but their fortunes did not improve once Rangnick took over, with the Red Devils finishing sixth in the Premier League and crashing out of the Champions League and FA Cup.

Towards the end of his spell in charge, Rangnick began to make his feelings known about the state of the squad, claiming United were ‘six years behind’ arch-rivals Liverpool and needed ‘open-heart surgery’.

While Rangnick was initially supposed to remain at United in a consultancy role, both parties decided to part ways at the end of the season and the 54-year-old has since taken over as manager of Austria.

Despite his responsibilities as an international boss, Rangnick has kept one eye on Manchester United this summer and has been taken aback by some of the club’s transfer dealings.

The Old Trafford owners have spent over £200m on the likes of Antony, Lisandro Martinez and Casemiro, but there was a period when the club were being slammed for their scattergun approach.

According to the Manchester Evening News, United’s ill-fated move for Austrian striker Marko Arnautovic left Rangnick ‘astonished’, with the manager convinced it was a ‘media invention’.

The Red Devils expressed interest in signing Arnautovic in early August but quickly pulled out of talks due to a combination of Bologna’s growing transfer demands and the negative reaction from fans and pundits.

Rangnick’s successor Erik ten Hag worked with Arnautovic at Dutch side FC Twente and was said to view the striker as a reasonable signing to bolster United’s attacking options.

Ronaldo wanted to secure a move away from United but saw his hopes dashed, although it remains to be seen whether he is given a more prominent role at the club until January, when the speculation is sure to return.

While Rangnick ultimately struggled in his position as Manchester United boss, his assessment of the club may have been spot on.

In April he said: ‘You don’t even need glasses to see and analyse where the problems are. Now it’s about how do we solve them?

‘It’s not enough to do some minor amendments – cosmetic things. In medicine you would say that this is an operation of the open heart.

‘If this happens and everyone has realised that this has to happen and if people want to work together then it makes sense and I believe it doesn’t take two or three years to change those things. This can happen within one year.

‘For sure [strong leadership is needed]. This is something that not just one single person as a manager can do. With all respect to Jurgen [Klopp] and Pep [Guardiola] I’m sure that they didn’t do all the things themselves [at Liverpool and Manchester City].

‘There were also other people involved in those two clubs, people in certain positions, no matter what area it was, in order to rebuild and build something we want to build here.

‘In all areas you have to have top people and they have to work together in a very close, reliable way.’

Manchester United have recovered from a worrying start to the season to win their last three games. Ten Hag’s side face Premier League leaders Arsenal at Old Trafford on Sunday.