Arsenal goalkeeper Aaron Ramsdale insists his side need to do better after they were held to a goalless draw against Brighton.

The Gunners were far from their best at the Amex Stadium and had to cling on to salvage a point against Brighton side who were the better team on the day.

Brighton were unable to take advantage of their chances and Ramsdale acknowledges that the Gunners need to improve, though insists they have ‘turned the corner’ after losing their first three games of the season. 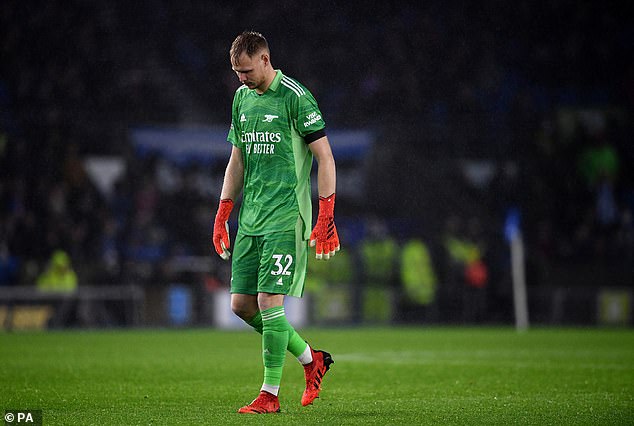 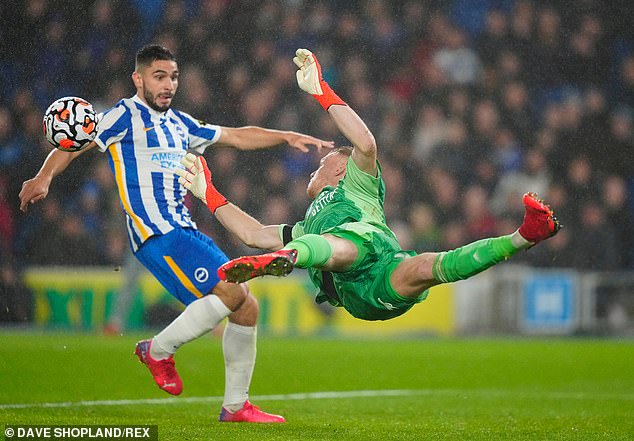 He told Sky Sports after the game: ‘Personally and collectively the performance needs to be better especially with where we want to get to. It’s another point and been a good month so we keep looking up now.

‘It was a difficult game, they made it hard and we have to give credit to them. We have got to get around that, we have to show more composure and intensity on the ball and make it harder for them.

‘We have to do it on the training pitch, we tweaked a few things, it was a difficult game but a point it is a point. It is three clean sheets out of four games, it’s not all doom and gloom. 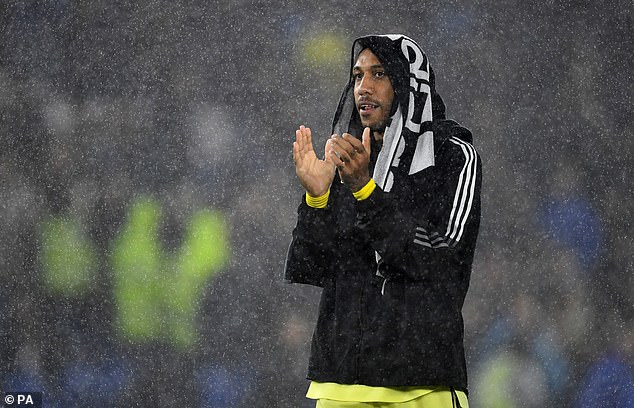 ‘We have had a tough start, and no one is hiding from that. We have turned the corner with four good results, you can see a structure of a team and one that is gelling on the pitch.’

Mikel Arteta’s side impressed with a rampant win over their local rivals last week, scoring three goals in 34 minutes in the first-half. 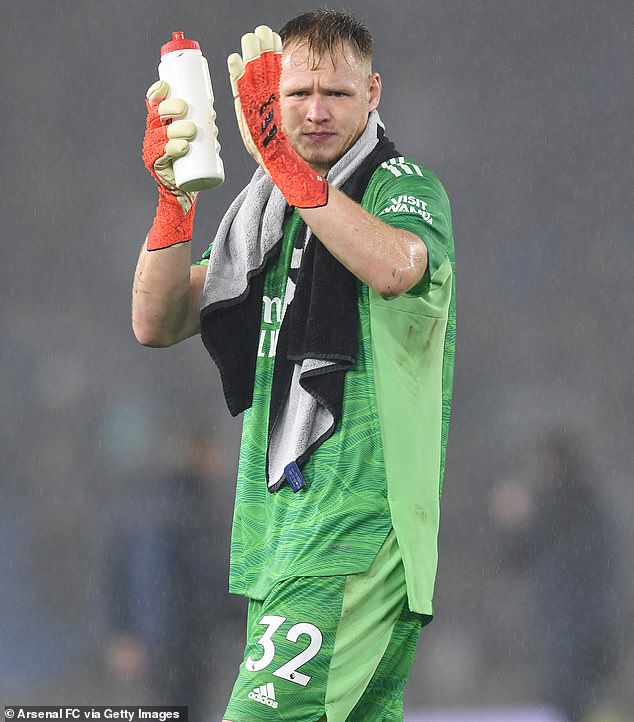 Their performance against Brighton was far more labored, with the Seagulls dominating the possession and having 23 shots on goal compared to Arsenal’s eight.

Sky Sports pundit Alan Smith believes though that Arsenal would be ‘pleased’ to leave with a point.

He said: ‘It wasn’t Arsenal at their best but when you’re such a young side your going to get bumps in the road, this was one.

‘They’ll be pleased to get out of here with a point because they weren’t at their best. Emile Smith Rowe was excellent, he lead the fight. Bukayo Saka had his little spells. That’s what has been happening for a few months now.’