Scott Arfield and Ryan Jack to miss out for Rangers; Celtic expected to be without Christopher Jullien for Old Firm derby; follow Rangers vs Celtic on Sky Sports Football and Main Event from 11.30am on Saturday; kick-off 12.30pm 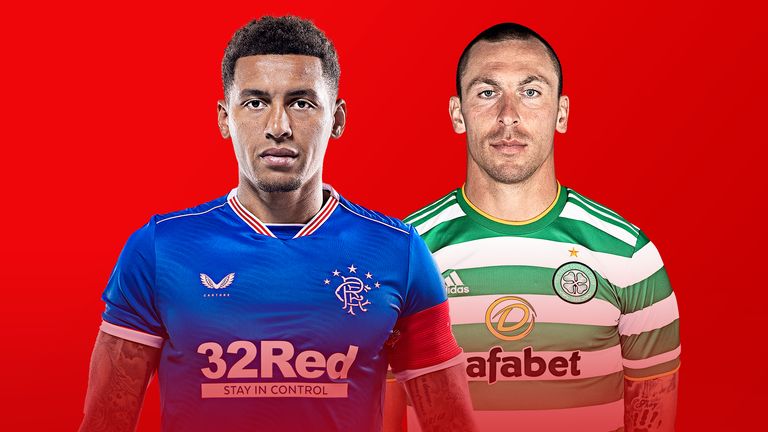 Team news and stats ahead of Rangers vs Celtic in the Scottish Premiership on Saturday, live on Sky Sports; kick-off 12.30pm.

Rangers boss Steven Gerrard is confident he has the midfield reserves to handle Celtic in Saturday’s Old Firm derby despite missing both Scott Arfield and Ryan Jack.

The Ibrox boss confirmed Arfield (ankle) is set to miss at least the next three matches, while Jack (knee) is still not ready to return, meaning Steven Davis, Glen Kamara and Joe Aribo are set to start against the Hoops, with Bongani Zungu available to provide fresh legs off the bench.

Gerrard’s only other absentee is long-term knee casualty Nikola Katic.

Christopher Jullien is a major doubt for Celtic as they prepare for the second derby clash of the campaign.

The French defender had to be taken off on a stretcher after a painful collision with the post during Wednesday’s 3-0 win over Dundee United at Parkhead. Winger James Forrest remains out following ankle surgery.

Rangers vs Celtic will be broadcast live on Sky Sports Football and Main Event from 11.30am on Saturday; kick-off at 12.30pm. Sky Sports customers can watch in-game clips in the live match blog on the Sky Sports website and app. Free highlights will also be published on the Sky Sports digital platforms later on Saturday evening.

“If Rangers do win it, you’d have to say it would all but seal the title. Celtic surely couldn’t come back from that gap, and this is the one and only time that Celtic can affect Rangers. The level of consistency they’ve had, just drawing twice in the league campaign, is truly remarkable.

“Everyone at Celtic has been really surprised so they can’t afford to lose the game. If they do, the league will be over. Rangers would have such a big cushion and they could then afford the odd mishap, but it doesn’t look likely. Celtic have to go there and win.”

Steven Gerrard has warned Ryan Kent he will not let sentiment sway him as he prepares to pick his Rangers line-up for Saturday’s Old Firm clash with Celtic.

“That’s the squad you need at Rangers. My job is to pick the team. I don’t pick it on sentiment, I pick it on players I think will get the job done.

Celtic boss Neil Lennon says he is “not even contemplating losing the game” as he looks ahead to Saturday’s Old Firm match with Rangers at Ibrox.

“We have Christie, Edouard, Griffiths, Turnbull, Soro, they are all available to play so hopefully that will give us a real spark going into this game. We are playing well, everybody is fit, available and there is good competition for places.

“We are creating a lot of chances which we hadn’t been doing in that [poor] spell and we have been looking a lot more assured at the back, so the players have found their rhythm.

“I wouldn’t say I am relaxed about it, you never are going into a game like this, but we are looking forward to it.”