Report as Martha Thomas’ first-half hat-trick inspired West Ham to a 5-0 victory over Reading; Win sees West Ham climb off the bottom of the Women’s Super League and out of the relegation zone; Result secures Olli Harder his first league win since replacing Matt Beard as West Ham boss 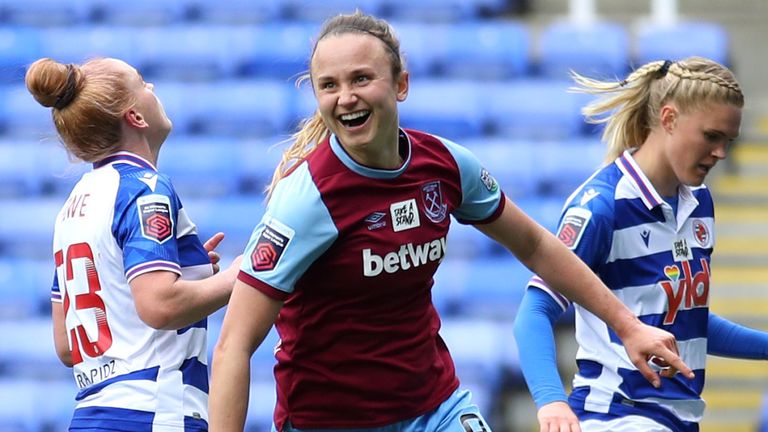 Martha Thomas’ first-half hat-trick inspired West Ham to a 5-0 victory over Reading at the Madejski Stadium as they climbed off the bottom of the Women’s Super League and out of the relegation zone.

The visitors, who ended a winless run of seven matches, made a dream start in the sixth minute through Kenza Dali as she looped an audacious effort from out wide over Grace Moloney and into the net.

West Ham doubled their lead in quick succession after Kate Longhurst took advantage of Reading’s sloppiness and whipped in a cross that picked out Katerina Svitkova, who glanced her header in at the far post.

Thomas then got on the scoresheet a minute later, firing a deflected effort past Moloney to give West Ham their third goal of the game.

Another bright passage of play saw West Ham’s Cecilie Redisch launch a bursting run into the Reading box, before squaring the ball to Thomas, who comfortably slotted into the net to register her second goal of the game.

The Hammers grabbed their fifth goal before half-time as Dali executed a superb ball to Thomas who stayed just onside to chip over Maloney and complete her hat-trick.

Meanwhile, Reading remain winless at home in the Women’s Super League since beating Aston Villa 3-1 in their opening home game. 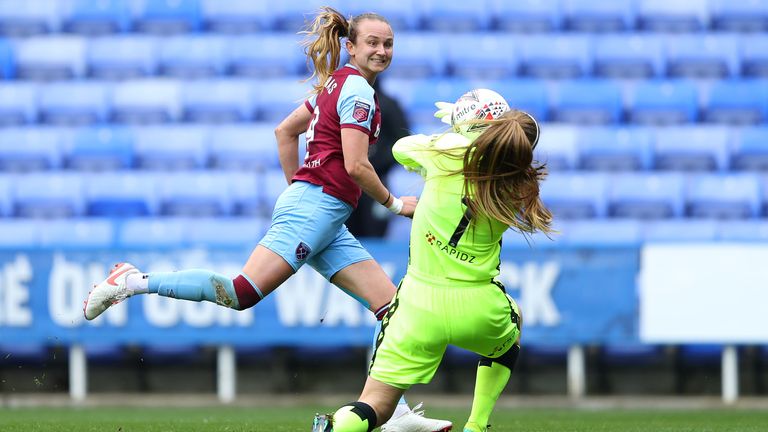 West Ham manager Olli Harder: “A fantastic performance from Martha Thomas. As a striker, it’s been difficult for her in the last few matches not scoring, but creating good chances for herself, and today she managed to put the ball at the back of the net. That will give her the world of confidence going forward.

“This group has belief and we’ve got on the wrong end of results but I thought our recent performances have been relatively good in terms of what we are trying to do.

“This type of result and performance was coming. I’m glad it happened today and will create confidence.”

Reading boss Kelly Chambers: “I don’t think we came out with the fight and desire that I ask the girls to come out with today. We tried to play our game but West Ham pressed us more aggressively than they normally do.

“I thought we caused our own problems in the first half. We didn’t show the adaptability that we showed against Manchester City and it simply cost us today.

“The players are gutted with the result and we should have played better. We got to show our pride to finish as high as we can in the league. We apologise to the fans for our first-half performance as it was unacceptable.”