Real Madrid boss Zinedine Zidane has reportedly taken this summer’s transfer plans into his own hands and personally met with Paul Pogba’s agent Mino Raiola to negotiate a move.

Zidane has been a long-term admirer of Pogba, who tried to force through a switch to the Bernabeu last year.

The Manchester United star was expected to push for an exit at the end of the season but the coronavirus pandemic may have put paid to those plans.

The pair apparently discussed how they could make the transfer happen at the end of the season.

JUST IN: Man Utd transfer request made by Inter Milan as ‘definitive evaluation’ of star sought 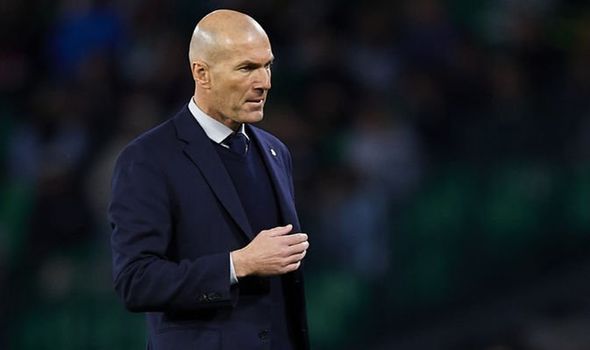 Pogba is said to be the Real boss’ top priority despite Los Blancos’ president Florentino Perez not being keen on the deal.

It is claimed the relationship between Raiola and Perez is cold which could be an issue.

Le10Sport add that Zidane’s representative Alain Migliaccio could be used to strike a deal with United.

According to the article, it is Pogba’s desire to leave Old Trafford and he is open to joining Real or returning to Juventus.

United fans are excited about the prospect of Pogba partnering Bruno Fernandes in midfield when the Premier League resumes.

Pogba has been injured for the majority of the season which has restricted him to just eight appearances.

None of those have come since Fernandes completed the £47million move from Sporting Lisbon in January.

Ole Gunnar Solskjaer has spoken publicly about his desire to keep Pogba and play him alongside Fernandes.

He said: “Good players can always play together, so definitely, they can – it’s a big yes. 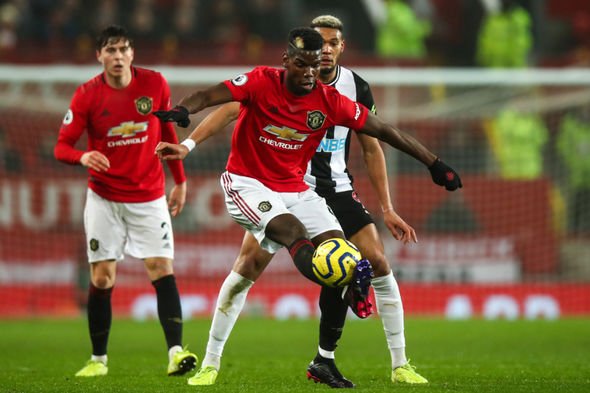 “I think it’s exciting… we do have an exciting squad. I’ve got Scott (McTominay), Fred, Nemanja (Matic).

“There’s many games coming up and I’m sure we can find a good connection between them.

“We’ve been discussing that as a coaching team of course, and we’re looking forward to it.

“Of course Bruno coming in, making the impact he made, it was a boost for everyone, the club, supporters and players. Getting Paul and Marcus Rashford back would be fantastic.

“Paul has had a difficult season with injuries, and Marcus as well is getting back. So for us, and for them too, this gives them a chance to start on a par or even ahead of other players.”