The Real Madrid team bus had a window smashed outside Anfield this evening, as it made it’s way to the stadium for tonight’s Champions League quarter-final second leg. The roads that surround the ground would usually be packed to the rafters on a European night like this, particularly given that the Reds have a two-goal deficit to overturn.

But Liverpool will be unable to rely on their 12th man tonight as they look to pull of yet another famous comeback.

Yet the absence of supporters hasn’t prohibited Real Madrid from arriving at Anfield quietly.

Multiple reports claim that the Real Madrid coach had one of it’s windows shattered en route and this was later confirmed by video evidence of the driver clearing the glass. 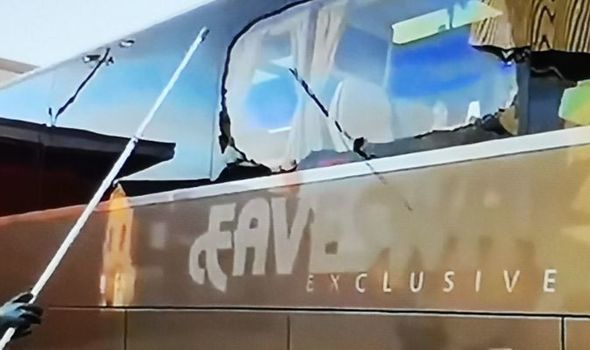 It’s not the first time that a visiting team has received a hostile reception upon arrival at Anfield.

Back in 2018, the Manchester City bus was pelted with bottles as it made its way up the Anfield Road end of the stadium.

Liverpool were later stung with a £17,300 fine by UEFA for the failure to control their supporters.

The damage to the bus was so severe that a replacement coach had to be brought in to take the players home.

Jurgen Klopp was quick to apologise for the incident before the Reds ran out 3-0 winners on the night.