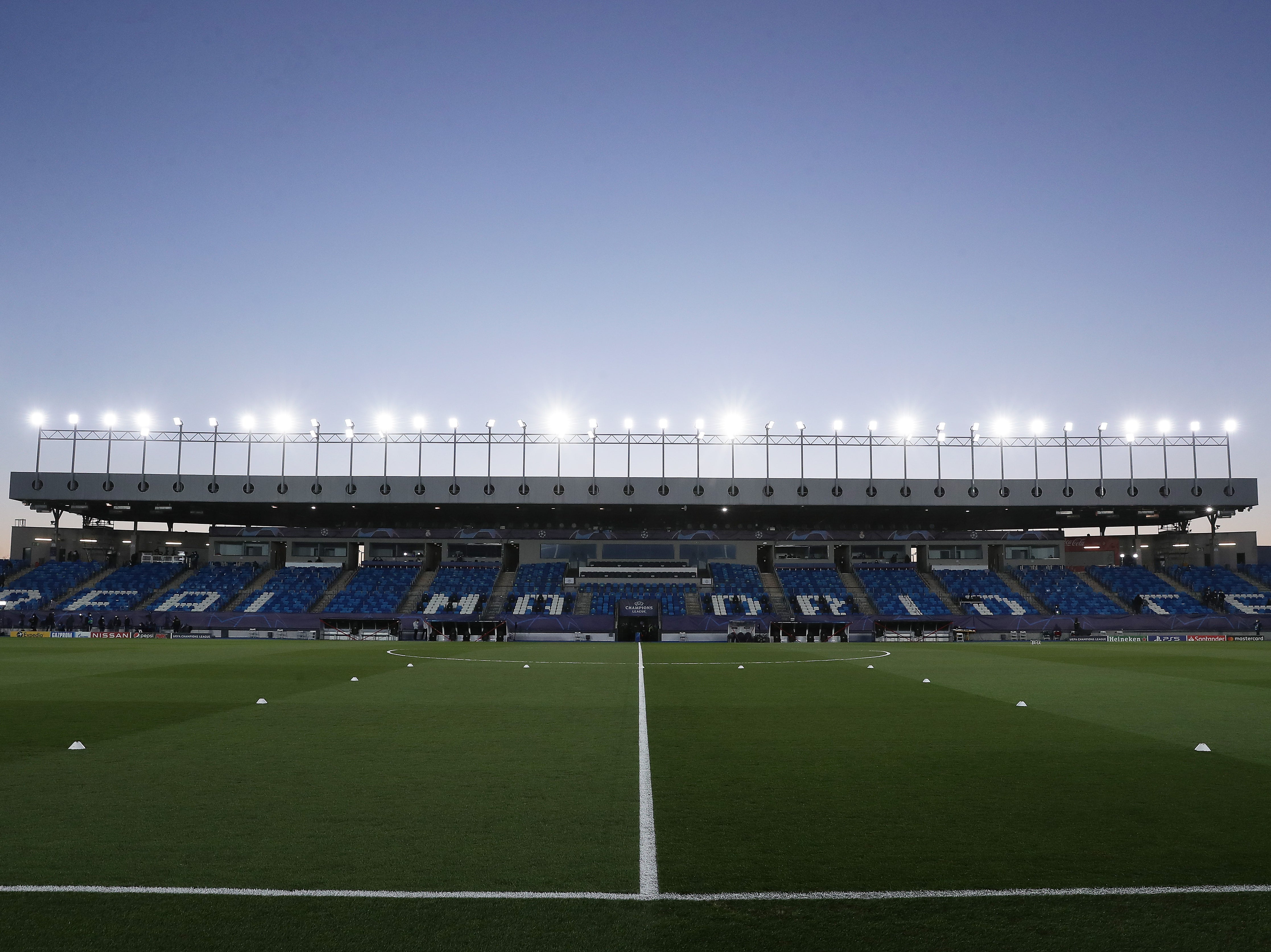 Liverpool take on Real Madrid in the first leg of the teams’ Champions League quarter-final this evening.

In a rematch of the 2018 final – won by Madrid – the two European giants will go head-to-head for a place in the final four, with tonight’s game taking place at Real’s training-ground pitch while the Santiago Bernabeu is under reconstruction. Liverpool, who were last season eliminated by another team from the Spanish capital in Atletico Madrid, will look to pick up crucial away goals here, buoyed by their fine 3-0 Premier League victory over Arsenal at the weekend.

Diogo Jota netted a brace in that match, with Mohamed Salah also getting on the scoresheet as the Reds earned a third straight win. Meanwhile, Real Madrid extended their unbeaten run to 11 games as they defeated relegation-threatened Eibar 2-0, courtesy of goals from Karim Benzema and Marcos Asensio. Benzema’s strike marked his 24th goal of the season – with five of those having come in the Champions League – and Liverpool’s weakened back line will certainly have to beware the former France international this evening. Follow live updates from the Champions League quarter-final first leg between Real Madrid and Liverpool below.

Tonight’s quarter-final will be played at Real Madrid’s Estadio Alfredo Di Stéfano, which is a ground at their training complex. This is because the Santiago Bernabeu is undergoing refurbishments on it’s roof and installing a new big screen for the fans.

My motivation is at the highest level because it’s the Champions League,

“This has nothing to do with 2018 but when I got the draw – because it’s the first time we played Real Madrid since then – of course I remembered the game.

“We are not on a revenge tour here. I don’t believe too much in revenge, but it would be nice to get through, because it would mean we are in the next round.”

Real Madrid and Liverpool last clashed in the 2018 Champions League final. The match was played at Kyiv’s NSC Olimpiyski stadium on 26 May 2018, and Zinédine Zidane’s Madrid became the first team to win three successive European Cups twice with a 3-1 victory.

Karim Benzema’s 51st-minute opener was cancelled out within four minutes by Sadio Mané, but two goals from substitute Gareth Bale in the second half, including a stunning overhead effort, took the trophy back to Madrid.

That was the sides’ sixth meeting in total, all in the European Cup, and both have three wins and seven goals apiece.

Between them, Real Madrid and Liverpool share 19 European Cup successes with Madrid bringing 13 and Liverpool six. This season saw both top their groups before easing through the round of 16. Madrid sweeping past Atalanta and Liverpool beating RB Leipzig both home and away.

Curiously both sides’ 2019/20 Champions League campaigns were ended by clubs from their opponents’ country in the last 16, holders Liverpool being eliminated by Atlético de Madrid and Real Madrid bowing out against Manchester City.

This is the first meeting between the teams for over two years when they last met in the 2018 Champions League final. The sides have twice met in European Cup finals, Liverpool winning the 1981 decider in Paris and Madrid claiming their third title in a row, in Kyiv in 2018.

It’s exciting, exciting. It’s obviously a tough draw but I am fine with it because if you look at all the other teams you think ‘Oh my God’ because they are all strong and all have quality. I am really looking forward to the games. It’s only just over two years ago that we faced them and it was a tough night for us, so to get the chance to play them again is cool.”

ZIDANE ON THE QUARTER-FINAL

It’s knockout football, a final, that’s going to be played over 180 minutes or more. We know what there is to come, but we’re just focused on the game – nothing else. It’s the most important game of the season because it’s the next one we have. We aren’t thinking about the past [2018’s final].”

Real Madrid have won their last four matches since a 1-1 draw with Atletico Madrid in La Liga on 7th March. Zinedine Zidane’s side sit third in the Spanish top-flight, three points behind leaders Atletico as they seek to defend their title. In the Champions League they breezed past Atalanta 4-1 in the previous round and look to be hitting top-form just in time for Liverpool’s arrival.

Jurgen Klopp’s men come into the game on the back of a convincing 3-0 win over Arsenal in the Premier League. The Reds have struggled in the league this season but three consecutive victories across all competitions see them in decent form as they face up to the Spanish champions. Two 2-0 victories over RB Leipzig saw them ease into the Champions League quarter-finals with Liverpool continuing their decent form in Europe.

Tonight’s game, a rematch of the 2018 final won by Real Madrid, is about more than just revenge for Liverpool.

Here’s what our Senior Football Correspondent, Melissa Reddy, had to say about this quarter-final tie: 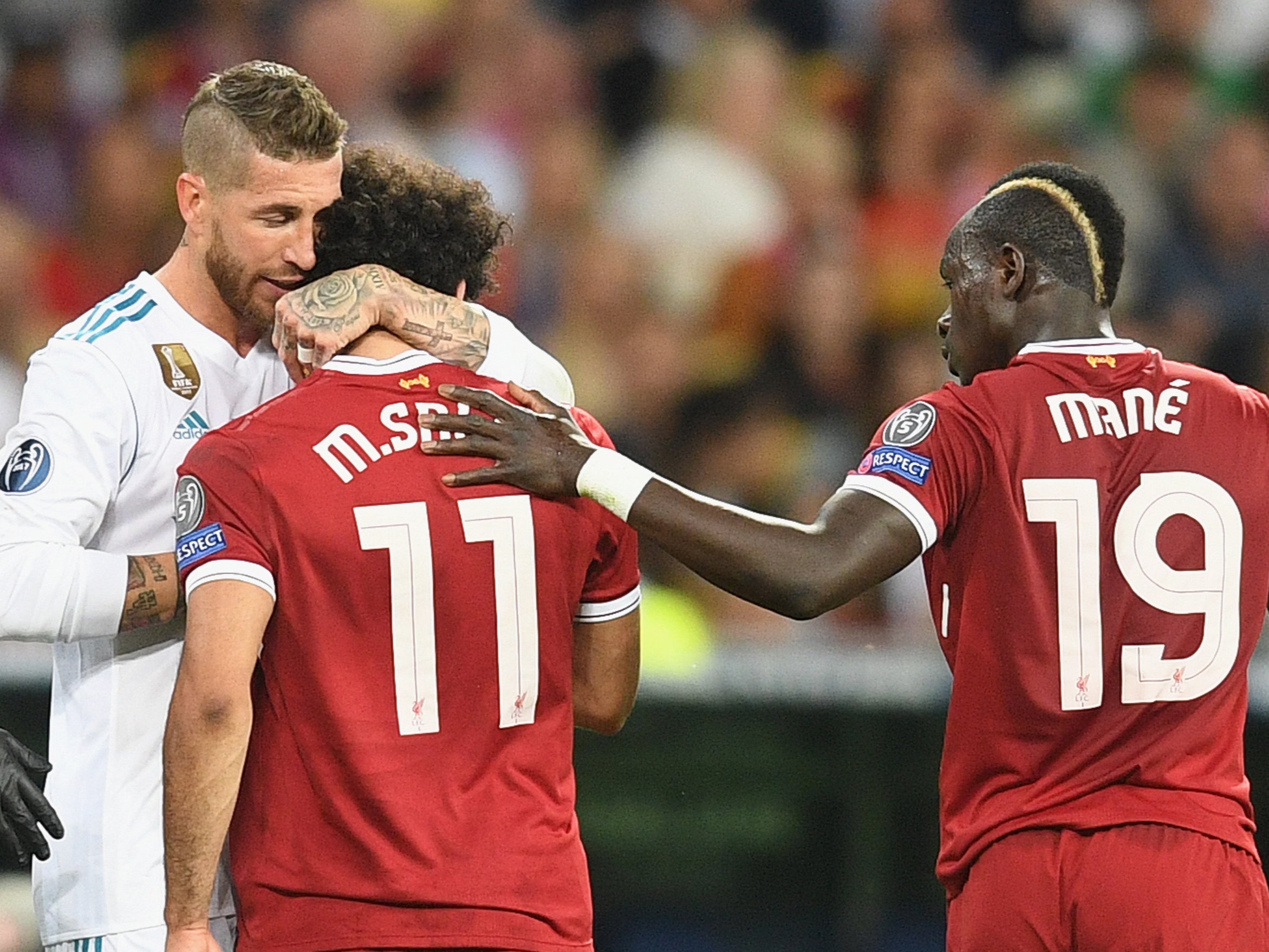 Liverpool’s rematch with Real Madrid is about more than revenge

Opponents’ meeting in the 2018 Champions League final was about the Reds’ identity and direction, which remains the same now

NO RAMOS, VARANE OR HAZARD FOR MADRID

Real Madrid will be without both first-choice central defenders for the first leg of their Champions League quarter-final with Liverpool. Raphael Varane tested positive for Covid-19 on Tuesday while Real Madrid captain Sergio Ramos is out after picking up a calf injury during the international break with Spain.

Nacho Fernandez and Eder Militao are expected to start in their place.

Meanwhile, Eden Hazard returned to training on Friday, ahead of schedule from his latest muscle injury, but he will not be risked tonight against the Reds.