Home » Soccer » REVEALED: 16 Chelsea fans were thrown out of Anfield on Saturday

REVEALED: 16 Chelsea fans were thrown out of Anfield on Saturday for chanting about the Hillsborough disaster – despite being repeatedly warned not to during their 0-0 Premier League draw with Liverpool

Sixteen Chelsea fans were ejected from the away end at Anfield on Saturday for chanting about the Hillsborough disaster during their 0-0 draw in the Premier League.

The Blues supporters were initially given a warning by the stewards to not repeat the offensive songs about the disaster in 1989, where 97 football fans were killed as they attended Liverpool’s FA Cup semi-final with Nottingham Forest.

The chants continued and therefore the fans were escorted out of the stadium after failing to comply with the steward’s warnings. 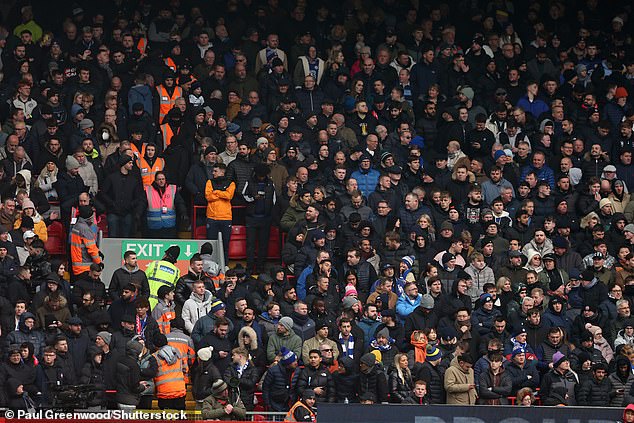 Liverpool are now reportedly in dialogue with the authorities about what they can do to combat the issue, according to The Athletic. 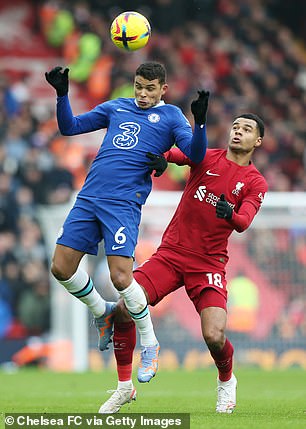 There has been a considerable rise in such chants since supporters returned to stadiums following the coronavirus pandemic.

The same reports also suggested that two home fans were arrested by Merseyside Police outside Anfield prior to the goalless draw at the weekend for homophobic chanting following two separate, isolated incidents.

Liverpool had worked hard to ensure its own supporters refrained from singing homophobic chants inside the ground, with a video from boss Jurgen Klopp displayed pre-match.

The Anfield club also took the unusual step of making a tannoy announcement during play after receiving reports of discriminatory abuse from inside the ground – warning them that they risked a three-year stadium ban if identified making homophobic or discriminatory chants.

Authorities are clamping down on homophobic chants from opposition fans such as ‘Chelsea rent boy’.

Nottingham Forest investigated alleged chants from their fans against Chelsea earlier in the season and Manchester United supporters were criticised for singing the same homophobic slur against Everton’s ex-Chelsea manager Frank Lampard.

The FA has always condemned the use of the homophobic term – which is predominantly aimed at Chelsea, their players and their supporters – but until recently had never felt able to charge clubs whose fans chant it.

That changed when the FA learned of the conviction of a Liverpool fan last month for using that specific term, and earlier this month it wrote to clubs warning they could now be penalised. 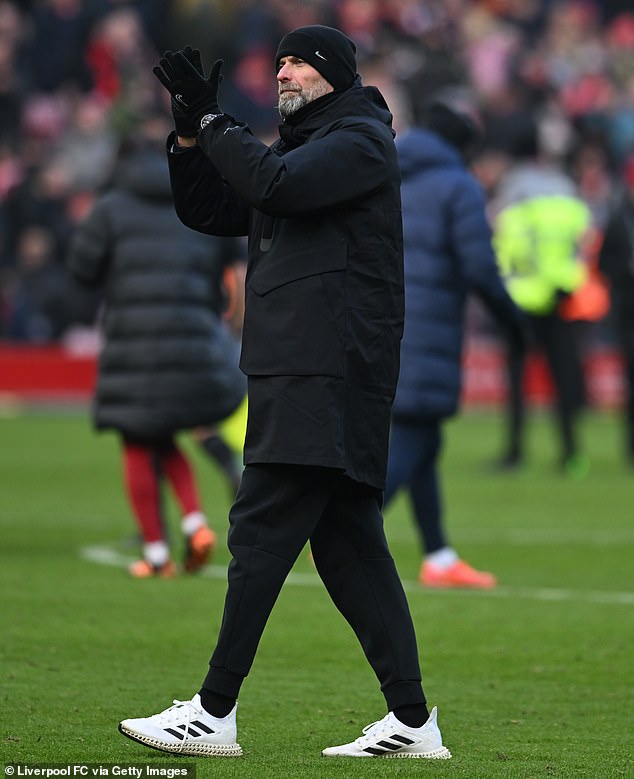 The Crown Prosecution Service classed the use of the term as a hate crime at the start of last year, but it took the conviction of Reds fan Paul Boardman in December for the FA position to change.

Boardman was heard chanting the offensive term on his way to Wembley for last season’s FA Cup final against Chelsea and refused entry to the match.

Klopp even re-iterated his thoughts in the matchday programme, by writing: ‘With Chelsea being our opponents, it makes sense that I also show gratitude to our supporters for the work they have done in stopping a chant which does not fit in with the traits of our city, our club or our people.

‘I will not refer to it by name in this column because I think the less we can hear about it and see it the better but the really, really positive thing is that fans have come together to try to make it a thing of the past.

‘Hopefully this will carry on not only today but also in the future.’