REVEALED: Robin van Persie has been mentoring Arsenal starlet Reiss Nelson during his loan spell at Feyenoord, with the hope that he can help him ‘reach the next level’

Former Arsenal star and Feyenoord youth coach Robin van Persie has been mentoring Reiss Nelson during his loan spell with the Dutch giants, the 22-year-old winger revealed on Wednesday.

Nelson left North London to join Feyenoord on a season-long loan last August, after Mikel Arteta decided the youngster was not part of his short-term plans.

And whilst Nelson has not provided an explosive goal return in Holland, scoring just four times in 31 appearances in all competitions, the winger has found a valuable mentor in Van Persie, who knows what it takes to succeed at the Emirates. 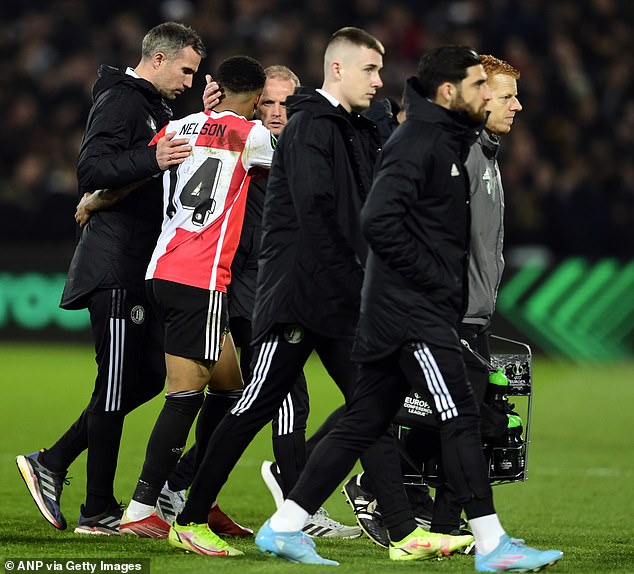 Van Persie works predominantly as a coach for the U16s but occasionally joins Feyenoord’s first team training to share his expertise with the squad.

Nelson told The Athletic: ‘Sometimes he comes over on a Wednesday, before Europa Conference League games on a Thursday. 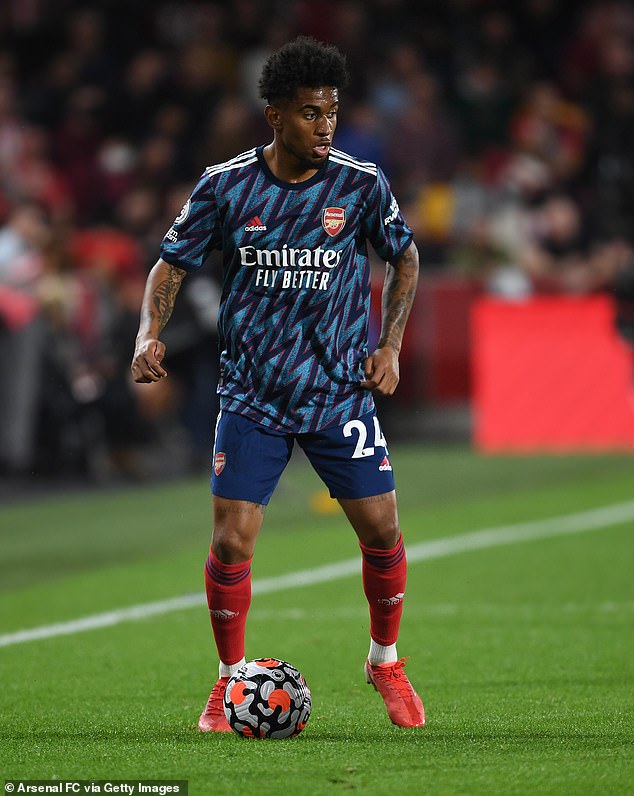 ‘He’s amazing. He makes it so much simpler for you to understand. Sometimes the ball will come inside, and you go to smash it.

‘He said that he just started working on all these different movements, to be that extra bit sharper than a lot of the defenders.

‘He just worked on it all the time, every day, and it took time, but then he really got the hang of it. It made him into the guy he is today. 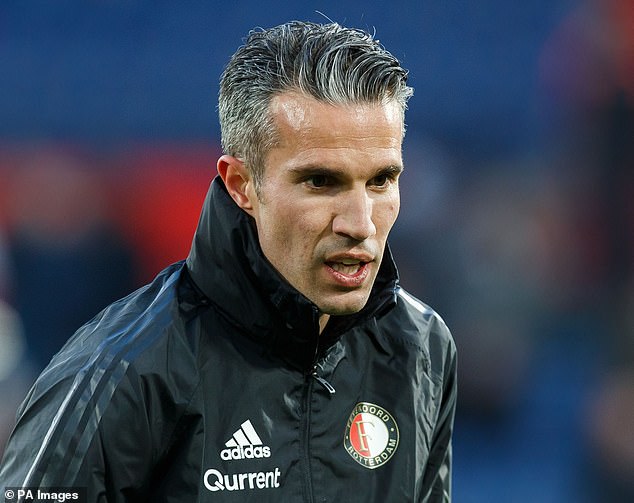 ‘So he said: “Just keep going and keep persisting in everything you do and you can make it to that level.”‘

Having made genuine push for Champions League qualification, only to fall two points short to rivals Spurs on the final day of the season, Arsenal and Arteta could be tempted to bolster the squad this summer.

Nelson will be keen to win the Spaniard’s favour on his return to the capital and show off what Van Persie – Arteta’s former team-mate – has taught him.

The winger’s final task in Rotterdam, at least for now, is facing Roma in the Europa Conference League final on Wednesday evening.